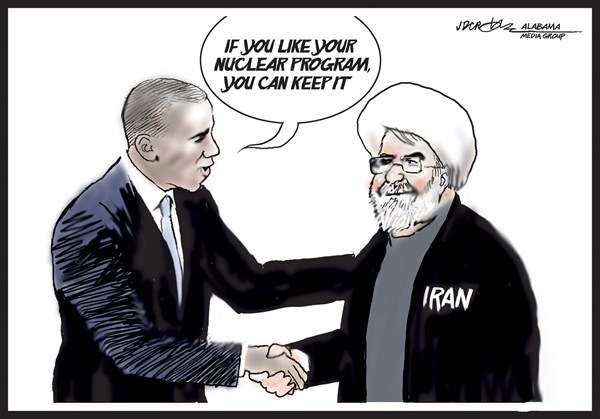 While Americans slept, the Obama Administration negotiated a deal that will ensure Iran gets the bomb. It wasn’t just last night – we’ve been sleeping for years – as President Obama repeatedly appeased the Iranians.

Now the Administration’s spinners will go into overdrive – hoping to lull us all back to sleep – despite the alarming reality of what has been done to us and the free world more generally, in the pursuit of a presidential legacy.

We’ll be told the deal will keep Iran from getting nuclear weapons, be verifiable, and justify easing sanctions – and immensely enriching what is arguably the world’s most dangerous regime.

None of these claims is true. We have two months to overcome such false representations and ensure that Congress rejects this deal and the nightmarish world it would precipitate.

Stay tuned for more–but for now, it appears that Obama has, indeed (and not-so-successfully for the world) negotiated with terrorists.

The Importance of History & Maintaining the Soul of America