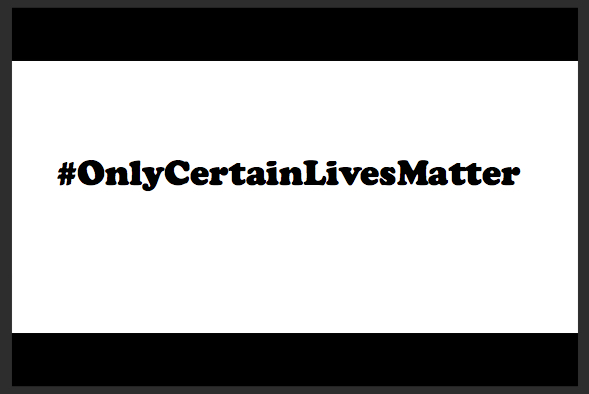 How did we get here? How did we become a nation and a people that have become so cold and so unfeeling that we are becoming little more than robots?

Everyone can see that we are a divided nation politically, but how did we become so divided morally? How did our American value system and sense of right and wrong become so out of whack that a large percentage of the population isn’t even recognizable any longer?

I have watched the decline of our culture over the past decades, especially since the 1960’s, but I always held out hope that Americans would somehow see the light and get back on the right track. I know that the heart and soul of America is good and noble and is a beacon of light in the world. We bend over backwards to help people around the world when a disaster hits, we liberate people from tyranny, and we share all of our medical miracles and advances in order to save their lives.   America has always been a force for good and the world has known that we would always come through.

I never wanted to believe that we could deteriorate into a country of “callous, heartless, unfeeling, selfish” people, but we are well on our way down that path. We have become “selective in what matters and what doesn’t” and that is leading us down a slippery slope.

With the revelations that have surfaced about the atrocities at Planned Parenthood and the videos of their doctors and employees casually sipping wine and eating salads while discussing how to harvest baby organs makes me shiver, and it really made me start to think hard about where we are as people.

You hear all over the media and at protests in the streets about how #BlackLivesMatter! You hear how we need to take care of the lives of the illegal children coming across the border because “their lives matter”. The liberal left will hold candlelight vigils for death row inmates headed for execution and beg for their “lives to be saved”, but they won’t even blink at partial birth abortion. The media and those on the left are selective in deciding “which lives matter”, because they certainly don’t seem to care about lives that don’t fit their political agenda. The media is strangely silent unless it fits their narrative, which seems to be #OnlyCertainLivesMatter.

For instance, take the death of Kate Steinle. Did her life matter? She was murdered in cold blood by an illegal alien who had been deported numerous times and then was sheltered by a sanctuary city. Her family didn’t even rate a sympathy call from the White House. Obama went out of his way to send representatives to the funerals of people who “he thought mattered”, but not to someone who didn’t advance his politics. Same with those killed in Chattanooga. Are their lives worse less than Michael Brown or Trayvon Martin?

How about our Veterans? The nightmare stories of our military men and women waiting months and months for medical appointments or treatment at VA hospitals. Many have died just waiting for a phone call to schedule a doctor’s visit. How about the administrators who shredded veteran’s documents so that they could receive bonuses for a job well done? Are the lives of these veterans so insignificant that they just become a number on a piece of paper? These are real people with real families and they matter!

You have to wonder where we will end up if more and more people have the attitude of Planned Parenthood. The appalling practice of killing a child in the womb yet being careful to salvage its body organs for profit can only be compared to atrocities that we have fought wars over. How does someone coldly justify the fact that an infant with living, healthy body parts should be considered garbage as a human being, yet be valuable for research or profit? How is it ok for an unborn child to be killed to (perhaps) prolong the life of another human being by harvesting that baby’s organs? Obviously that unborn child’s life does not matter.

I think that the destruction of religion, faith and God that is going on in this country is one of the main reasons that some people have become so numb and unfeeling. What happened to the country that would not tolerate the slaughter going on in Europe during World War II? What happened to the outcry to stop it no matter what it took? When ISIS beheaded James Foley, the news covered the story for days, people were shocked and appalled. But now when hundreds of Christians are being slaughtered by being burned alive, beheaded or drowned, it is just another story. Why? Because to some, their lives don’t matter.

I know that there are millions of good, caring people in this country. People who will risk their own lives for someone else, who will step up and unselfishly do whatever it takes to help. But my fear is that the good people are being overshadowed by the bad and it is becoming the norm to be heartless, cold and insensitive. The narcissistic world that we live in is getting more and more media attention, the bad behavior is getting rewarded, and criminality goes unpunished.

We need to return to our principals and get back to the roots of what made this country great. If we don’t, then no lives will matter.

THIS Is Common Core-Approved for Children?