Last year Iran was selling gasoline for less than 50 cents a gallon. This year a desperate regime hiked prices up to over a dollar. Meanwhile, Iranians pay about a tenth of what Americans do for electricity. 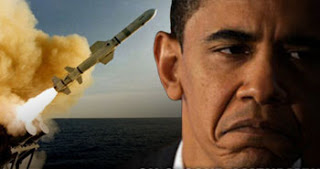 Unlike Japan, Iran does not need nuclear power. It is already sitting on a mountain of gas and oil.

Iran blew between $100 billion to $500 billion on its nuclear program. The Bushehr reactor alone cost somewhere in the neighborhood of $11 billion making it one of the most expensive in the world.

Iran did not do all this so that its citizens could pay 0.003 cents less for a kilowatt hour of electricity.

It built its nuclear program on the words of the Ayatollah Khomeini, “Islam makes it incumbent on all adult males, provided they are not disabled or incapacitated, to prepare themselves for the conquest of [other] countries so that the writ of Islam is obeyed in every country in the world.”

Iran’s constitution states that its military is an “ideological army” built to fulfill “the ideological mission of jihad in Allah’s way; that is, extending the sovereignty of Allah’s law throughout the world.”

It quotes the Koranic verse urging Muslims to “strike terror into (the hearts of) the enemies, of Allah”.

Article 3 of Iran’s Constitution calls for a foreign policy based on “unsparing support” to terrorists around the world. Article 11, the ISIS clause, demands the political unity of the Islamic world.

Iran is not just a country. It is the Islamic Revolution, the Shiite ISIS, a perpetual revolution to destroy the non-Muslim world and unite the Muslim world. Over half of Iran’s urban population lives below the poverty line and its regime sacrificed 100,000 child soldiers as human shields in the Iran-Iraq War.

Iran did not spend all that money just to build a peaceful civilian nuclear program to benefit its people. And yet the nuclear deal depends on the myth that its nuclear program is peaceful.

If Iran hasn’t changed its behavior, then the nuclear deal is just another way for it to get the bomb.

If Iran were really serious about abandoning a drive for nuclear weapons, it would have shut down its nuclear program. Not because America or Europe demanded it, but because it made no economic sense. For a fraction of the money it spent on its nuclear ambitions, it could have overhauled its decaying electrical grid and actually cut costs. But this isn’t about electricity, it’s about nuclear bombs.

The reasoning behind the nuclear deal is false. It’s so blatantly false that the falseness has been written into the deal. The agreement punts on the military dimensions of Iran’s nuclear program and creates a complicated and easily subverted mechanism for inspecting suspicious programs in Iranian military sites.

It builds in so many loopholes and delays, separate agreements and distractions, because it doesn’t really want to know. The inspections were built to help Iran cheat and give Obama plausible deniability.

With or without the agreement, Iran is on the road to a nuclear bomb. Sanctions closed some doors and opened others. The agreement opens some doors and closes others. It’s a tactical difference that moves the crisis from one stalemate to another. Nothing has been resolved. The underlying strategy is Iran’s. 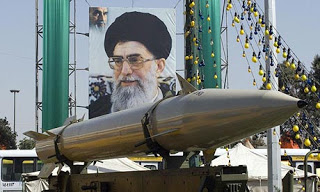 Iran decided that the best way to conduct this stage of its nuclear weapons program was by getting technical assistance and sanctions relief from the West. This agreement doesn’t even pretend to resolve the problem of Iran’s nuclear weapons. Instead its best case scenario assumes that years from now Iran won’t want a nuclear bomb. So that’s why we’ll be helping Iran move along the path to building one.

It’s like teaching a terrorist to use TNT for mining purposes if he promises not to kill anyone.

But this agreement exists because the West refuses to come to terms with what Islam is. Successful negotiations depend on understanding what the other side wants. Celebratory media coverage talks about finding “common ground” with Iran. But what common ground is there with a regime that believes that America is the “Great Satan” and its number one enemy?

What common ground can there be with people who literally believe that you are the devil?

When Iranian leaders chant, “Death to America”, we are told that they are pandering to the hardliners. The possibility that they really believe it can’t be discussed because then the nuclear deal falls apart.

For Europe, the nuclear agreement is about ending an unprofitable standoff and doing business with Iran. For Obama, it’s about rewriting history by befriending another enemy of the United States. But for Iran’s Supreme Leader, it’s about pursuing a holy war against the enemies of his flavor of Islam.

The Supreme Leader of Iran already made it clear that the war will continue until America is destroyed. That may be the only common ground he has with Obama. Both America and Iran are governed by fanatics who believe that America is the source of all evil. Both believe that it needs to be destroyed.

Carter made the Islamic Revolution possible. Obama is enabling its nuclear revolution.

Today Tehran and Washington D.C. are united by a deep distrust of America, distaste for the West and a violent hatred of Israel. This deal is the product of that mutually incomprehensible unity. It is not meant to stop Iran from getting a nuclear bomb. It is meant to stop America and Israel from stopping it.

Both Obama and the Supreme Leader of Iran have a compelling vision of the world as it should be and don’t care about the consequences because they are convinced that the absolute good of their ideology makes a bad outcome inconceivable.

“O Allah, for your satisfaction, we sacrificed the offspring of Islam and the revolution,” a despairing Ayatollah Khomeini wrote after the disastrous Iran-Iraq War cost the lives of three-quarters of a million Iranians. The letter quoted the need for “atomic weapons” and evicting America from the Persian Gulf.

Four years earlier, its current Supreme Leader had told officials that Khomeini had reactivated Iran’s nuclear program, vowing that it would prepare “for the emergence of Imam Mehdi.” 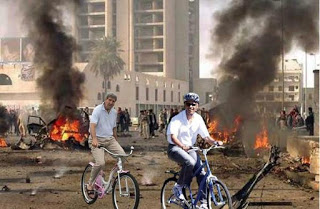 The Islamic Revolution’s nuclear program was never peaceful. It was a murderous fanatic’s vision for destroying the enemies of his ideology, rooted in war, restarted in a conflict in which he used children to detonate land mines, and meant for mass murder on a terrible scale.

The nuclear agreement has holes big enough to drive trucks through, but its biggest hole is the refusal of its supporters to acknowledge the history, ideology and agenda of Iran’s murderous tyrants. Like so many previous efforts at appeasement, the agreement assumes that Islam is a religion of peace.

The ideology and history of Iran’s Islamic Revolution tells us that it is an empire of blood.

The agreement asks us to choose between two possibilities. Either Iran has spent a huge fortune and nearly gone to war to slightly lower its already low electricity rates or it wants a nuclear bomb.

The deal assumes that Iran wants lower electricity rates. Iran’s constitution tells us that it wants Jihad. And unlike Obama, Iran’s leaders can be trusted to live up to their Constitution.

What is a Shari’ah Compliant Mortgage?