The return of the Confederacy was averted in the summer of 2015 when major retailers frantically scoured through their vast offerings to purge any images of a car from the Dukes of Hazzard. If not for their quick thinking, armies of men in gray might have come marching down the streets of New York and San Francisco to stop off for an Iced Mocha Frappucino ™ at a local Starbucks before restoring slavery. 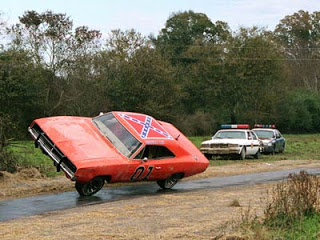 History will little note nor long remember the tired wage slaves making $7.25 an hour while checking Amazon and eBay databases for tin models of an orange car with a Confederate flag on top. During this courageous defense of the homeland from the scourge of a mildly politically incorrect 80s show, Hillary Clinton committed her own unpardonable racist hate crime by saying, “All lives matter”.

Even while our own Boss Hoggs in DC and SF are locking up the Duke boys as a symbol of racism, they are loudly arguing that black lives matter, all lives don’t. The proportion that the weight of a life should be measured by race is the sort of idea that we might have associated with slavery. Today it’s an idea that we associate with racial tolerance as we heal our nation’s racial wounds one race riot at a time.

When Obama condemned Christianity for the Crusades, only a thousand years too late, in attendance was the Foreign Minister of Sudan; a country that practices slavery and genocide. Obama could have taken time out from his rigorous denunciation of the Middle Ages to speak truth to the emissary of a Muslim Brotherhood regime whose leader is wanted by the International Criminal Court for crimes against humanity. But our moral liberals spend too much time romanticizing actual slaver cultures.

It’s a lot easier for Obama to get in his million dollar Cadillac with its 5-inch thick bulletproof windows, a ride Boss Hogg could only envy, and chase down a couple of good ole boys than it is to condemn a culture that committed genocide in our own time, not in 1099, and that keeps slaves today, not in 1815.

Even while the Duke boys were being chased through Georgia, Obama appeared at an Iftar dinner; an event at which Muslims emulate Mohammed, who had more slaves than Robert E. Lee. There are no slaves in Arlington House today, but in the heartlands of Islam, from Saudi mansions to ISIS dungeons, there are still slaves, laboring, beaten, bought, sold, raped and disposed of in Mohammed’s name.

Slavery does not exist under the Confederate flag eagerly being pulled down. It does exist under the black and green flags of Islam rising over mosques in Iraq, Saudi Arabia and America today.

In our incredibly tolerant culture, it has become politically incorrect to watch the General Lee jump a fence or a barn, but paying tribute to the culture that sent the slaves here and that still practices slavery is the culturally sensitive thing to do. In 2015, slavery is no longer freedom, but it certainly is tolerance.

And it’s not just about Islam.

If romanticizing Dixie is wrong, so is romanticizing those ancient African cultures so beloved by amateur anthropologists and professional sociologists with more plastic tribal jewelry than sense. Slavery was an indigenous African and Middle Eastern practice. Not to mention an indigenous practice in America among indigenous cultures. 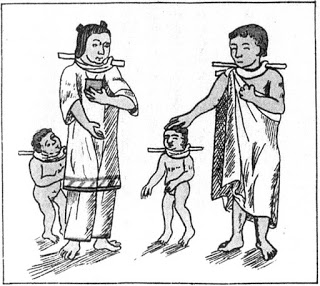 If justice demands that we pull down the Confederate flag everywhere, even from the top of the orange car sailing through the air in the freeze frame of an old television show, then what possible justification is there for all the faux Aztec knickknacks? Even the worst Southern plantation owners didn’t tear out the hearts of their slaves on top of pyramids. The romanticization of Aztec brutality plays a crucial role in the mythology of Mexican nationalist groups like La Raza promoting the Reconquista of America today.

Black nationalists romanticize the slave-holding civilization of Egypt despite the fact that the narrative of the liberation of the Hebrew slaves from bondage played a crucial role in the end of slavery in America. The endless stories about the “Amazons” of the African kingdom of Dahomey neatly fit into the leftist myth of a peaceful matriarchal Africa disrupted by European colonialism, but Dahomey ran on slavery.

The “Amazons” helped capture slaves for the Atlantic slave trade. White and black liberals are romanticizing the very culture that captured and sold their forefathers into slavery. “In Dahomey”, the first major mainstream black musical was about African-Americans moving to Dahomey. By then the French had taken over old Dahomey and together with the British had put an end to the slave trade.

The French dismantled the “Amazons” and freed many of Dahomey’s slaves only for the idiot descendants of both groups to romanticize the noble last stand of Dahomey fighting for the right to export black slaves to Cuba and condemn the European liberators who put a stop to that atrocity.

If we crack down on romanticizing Dixie, how can we possibly justify romanticizing Dahomey or the Aztecs or Mohammed? If slavery and racism are wrong, then they are wrong across the board.

Even by the miserably racist standard under which all lives don’t matter, only black lives matter, Dahomey and Mohammed had bought, sold and killed enough black lives to be frowned upon.

If we go back far enough in time, most cultures kept slaves. The Romans and Greeks certainly did. That’s why the meaningful standard is not whether a culture ever had slaves, but whether it has slaves today. If we are going to eradicate the symbols of every culture that ever traded in slaves, there will be few cultural symbols that will escape unscathed. But the academics who insist on cultural relativism in 19th century Africa, reject it in 19th century South Carolina thereby revealing their own racism. And so instead of fighting actual modern day slavery in Africa and the Middle East, social justice warriors are swarming to invade Hazzard County.

Most of the cultures of the past that we admire, respect and even romanticize had slaves. When we look back at their achievements and even try to forge some connection to them, it does not have to mean an endorsement of their worst habits. This is a concept that liberals understood, but that leftists reject. The recent hysteria reminds us that the nuanced reason of the former has been replaced by the irrational destructive impulses of the latter. The left is so obsessed with creating utopias of the future that like the Taliban or ISIS, it destroys the relics of past societies that do not measure up to its impossible standards. And then it replaces them with imaginary utopias of the past that never existed. 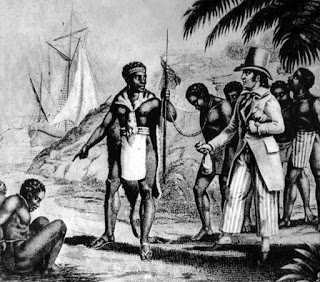 As Ben Carson pointed out, we will not get rid of racism by banning the Confederate flag. Even when it is used at its worst, by the likes of Dylann Storm Roof, it is a symptom, not the problem. Roof was not radicalized by the dead Confederacy, but by the racial tensions kicked off by the Trayvon Martin case.

The same racial tensions that led to the murder of two police officers by a #BlackLivesMatter protester in New York City led to the massacre of nine black congregants in a church in Charleston. This surge of violence has its roots in racist activism by Obama and his supporters seeking power and political gain, but feeding racial tensions for political purposes eventually risks leading to actual violence.

The Confederate flag is a matter of history. The racial tensions stirred up by Obama have actually gotten people killed. Slavery is not making a comeback and Robert E. Lee will not come riding into San Francisco any time soon.

The Civil War ended long ago. The country would be a better place if modern racists who believe that some lives, whether black or white, matter more than others would stop trying to start one.

Are the Ten Commandments Really “Judeo-Christian”?