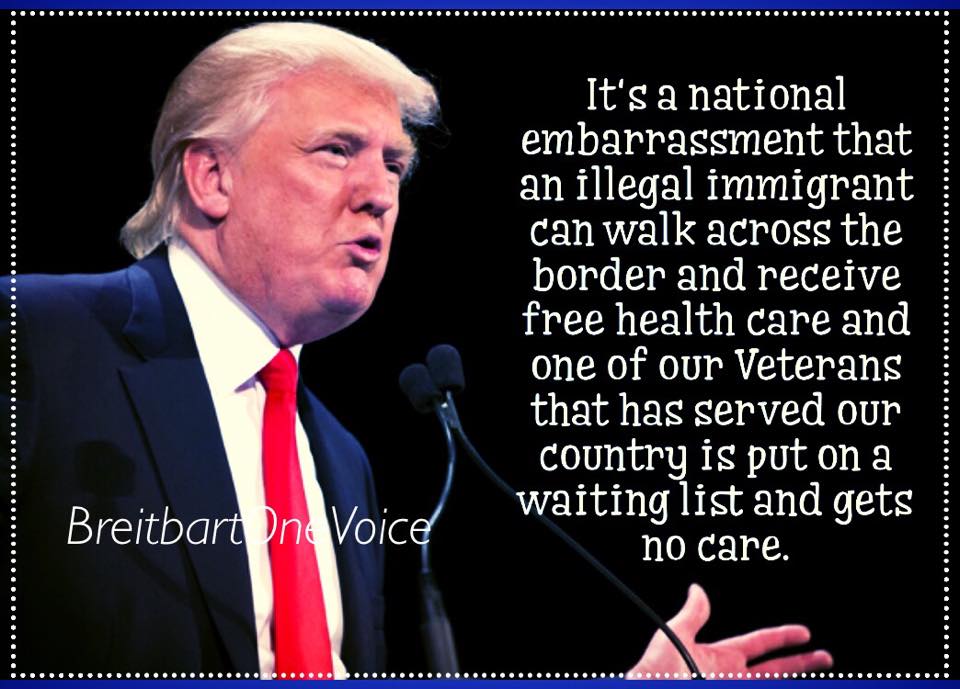 As the long slow race to beat Hillary drags on, there will be a thousand conservative stories and blog posts demonstrating beyond a shadow of a doubt that Donald Trump is a hypocrite, that he supported illegal immigrants, Hillary, abortion and higher taxes. And few of them will leave our small bubble.

Trump may indeed be a liar and a hypocrite, though he wouldn’t be the only candidate in the race who has moved to the right or abandoned previous positions, but he understands what the others don’t.

The Republican field is a mass of highly qualified and talented people with poor media skills and worse communication skills. Some consciously choose to play it safe. Others seem to have no clue how to win a debate or a drive a message home.

Donald Trump has been a joke of one kind or another for most of his adult life, and until now he’s been an incredibly successful joke. He is burning the empire that allowed him to enjoy a highly privileged lifestyle by marketing his brand as a blatant luxury item that anyone could have.

Trump made wealth populist. He made a seeming upper class lifestyle appear accessible in all its ridiculously tacky glory. He might be betting that he can get it all back once the furor dies down and his run becomes another chapter that keeps him in public view. But he’s betting a lot as the corporations that enabled him to play billionaire are cutting their ties with him.

And without those companies marketing his brand, he’s a moderately wealthy man with a lot of debts and a troubled business plan.

So Trump is taking a huge gamble. Whatever he believes, he appears to be betting that he can become president. Unlike some other candidates, this doesn’t come down to speaking fees. If no company will touch his brand, being able to charge a few thousand more per speech won’t make up for his losses.

Like the Confederate flag, the more he comes under fire, the more conservatives rally around him. It’s a perverse dynamic that the media feeds on. The media would love to see Trump in the race long enough to make it come down to him and Jeb Bush. They might regret that, but they probably won’t.

Brash self-confidence, an outsized personality, a willingness to take great personal risks are what is absent from the Republican field. And those define Trump’s brand. They may be fake, but in an age where the camera defines truth, your messaging is only as good as your acting and your sales skills.

Donald Trump is a great salesman. His Republican rivals aren’t. Some are talented lawyers. They understand policy and political tactics. But they couldn’t sell a discounted heater to Eskimos.

His entry into the race may be an important wake up call.

If the genuine conservatives can’t outsell Trump, they’re not going to be able to outsell bland corporate brands like Jeb Bush and Hillary Clinton. It won’t matter who is left standing because no one will be left standing.

Like most great salesmen, Donald Trump is an instinctive populist. He knows how to get people’s attention and how to promise them a better life. Those are also the skills of a good politician.

And like most salesmen, plenty of people hate him instinctively. Others are willing to believe in him all the way.

Trump has changed the race from a huddle of politicians trying to lock down distinct blocs and lines of appeal in the party, Evangelicals, libertarians, candidates who can appeal to minorities, youth votes, to blatant populism. Trump doesn’t appeal to any blocs. He has the FOX News sensibility of shouting the right sorts of things at the right time with a fake working class edge.

The more he does it, the more he’s identified with genuine conservatism. The liberal backlash feeds into his image because he’s doing what none of the candidates seem to consistently do, which is fight.

Like Bill O’Reilly, Donald Trump is probably fake. But it doesn’t really matter. Politics is itself fake. Trump’s entry moves it from a race about blocs to a race about issues. It shows the other candidates what they aren’t doing.

The gifted populist knows how to echo the anger of the people, to speak for those who feel unrepresented, to offer the common sense responses that most people think they would offer in his place. That is what some of the candidates have tried to do, it’s what Trump is actually doing.

The Republican field is filled with candidates who offer workshopped solutions. Even the best of them don’t quite channel the public outrage, the sense of persecution that so many people feel.

They’re sensible, reasonably personable, somewhat articulate, possessed of a measured sense of humor and all those things that Mitt Romney couldn’t figure out how to be in front of a camera.

A lot of people are going to embrace Trump because he says what they’re thinking and feeling. They’re going to nod along to Ted Cruz or Scott Walker without feeling engaged in the same way.

Trump is a wake-up call that conservative candidates need to take it to the next level. That doesn’t mean moving to the “right” of Trump. If Trump is willing to say anything, there may be no such place. It means connecting with people at a deeper level than just the rhetoric. It means doing more than retelling their own compelling personal stories.

Trump isn’t fighting this as a battle of ideas or policies. He’s talking about what people feel.