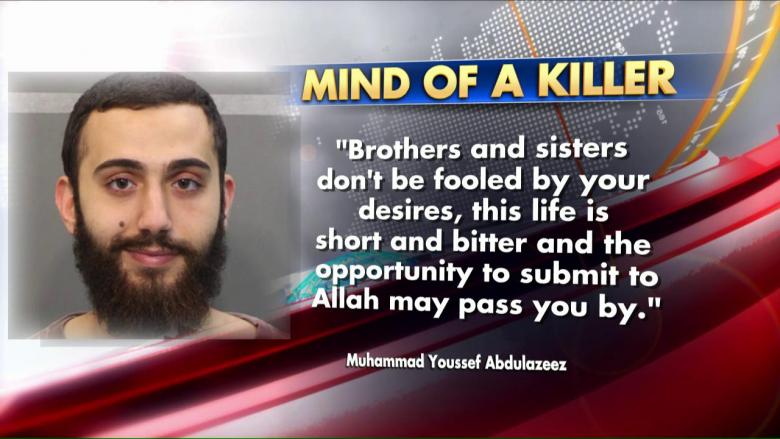 The tragic loss of life of four Marines and one sailor is devastatingly sad but also infuriating that it happened once again on America soil.

The shooter’s name was Muhammad Youssuf Abdulazeez, a 24 year old Kuwaiti born naturalized American citizen whom friends described as a “devout Muslim.” It is reported he traveled to Jordan and stayed for seven months in 2014 and before that went to Kuwait and Jordan in 2010.

In a media/theater of the absurd, we are being told not to jump to any conclusions about his motivation for the Chattanooga attacks. Isn’t it time we got past wanting to know the shooter’s motivation in these all too familiar scenarios? No one questioned Dylan Roof’s motivation for his slaughter of nine Black church members in Charleston, South Carolina. It was racism – end of story.

Adbulazeez’s family and friends say he had been abusing drugs for some time and that he suffered from depression. Perhaps a religion that teaches hatred of all non-believers and rewards martyred jihadists with seventy-three virgins might lead to depression… and violence.

Investigators report he researched martyrdom on his smart phone the day before the attacks. His writings expressed his opposition to the United State’s war on terror and he was a follower of Anwar al-Awlaki. The uncle he visited in Jordan in 2014 has been detained since Friday, the day after the attacks.

I am angry that the rules on military bases and these recruitment centers prohibit our service members from being armed. At the very least, this policy should be changed immediately. They must be able to carry firearms, especially knowing they have been specifically targeted by ISIS for attacks. To have served heroically overseas and then to return home only to be attacked in a store front recruiting center should send chills down everyone’s spines, and maybe wake up some. President Obama says we are not at war with Islam, but we should be past the point of acknowledging radical Islamists are at war with us.

A word to aspiring jihadists – Cowards choose gun free zones because they know no one can shoot back. Only cowards shoot unarmed people.

Action Alert From Frank Gaffney: "Kill the Obamabomb Deal Before it Kills Us."