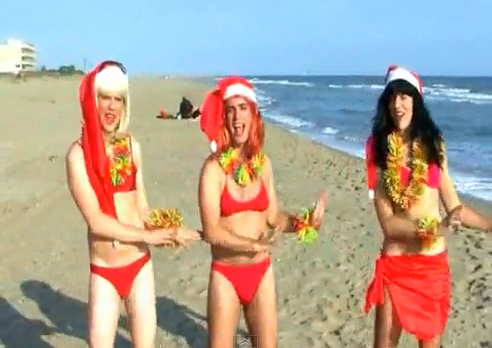 A frightening story out of Canada needs to be shared with you.

We know there is an obvious agenda in our public schools to push the LGBTQ lifestyle on our kids.  This story about a teacher in Canada could happen right here in the United States at any time; in fact, it probably already has.

Joe Winkler, a Keating Elementary School 4-5th grade teacher, was recently fired after the second complaint made to administrators. Winkler, a social studies teacher, is well known for his flamboyant showing of inappropriate videos to his students.

The first complaint came when parents learned a video was shown that included a partially naked woman. He was put on leave and an investigation ensued. Winkler was allowed back to teach.

Next, Winkler was suspended with pay for a week in 2012 after he showed a video of 3 bikini-clad men dancing, singing, posing in sexual ways and, um, eating a banana on the beach to his fourth graders at Brentwood Elementary, the Times Colonist reports.

Apparently the parents were concerned because sexual behavior was portrayed in the video. Winkler claims he was only trying to start a conversation about transgenders with his students.

According to the superintendent, Keven Elder,

“We do say, as described in our fairly recently adopted policy, that all of our classrooms are to ensure that in an age-appropriate and curricularly relevant way, students are aware of and supportive of LGBT [lesbian, gay, bisexual and transgender] individuals and communities.”

Did you catch that? The part about kids being supportive of LGBT individuals and communities. You can argue that kids need to be aware of the issue. In my opinion the “awareness and the discussion” needs to come from loving parents, in the home.

Many parents are not going to be happy that the school system is teaching them to be “supportive” of the LGBT community.

Not being supportive of them and being hateful or intolerant are two very different things. I do not support the agenda. However, I am not hateful towards the community. I love them and only pray that they can see the unconditional love that Jesus offers them and learn His plan for His children, which does not include the gay lifestyle.

Not only are the powers that be normalizing the LGBT lifestyle, but they are actively trying to destroy anyone who doesn’t agree with it.

So, no, I don’t want the schools teaching my children to be supportive of sin. Let the hateful comments commence.

Religious Liberty: In Defense of the Constitution of the United States

Why Benghazi Continues to Make a Difference.