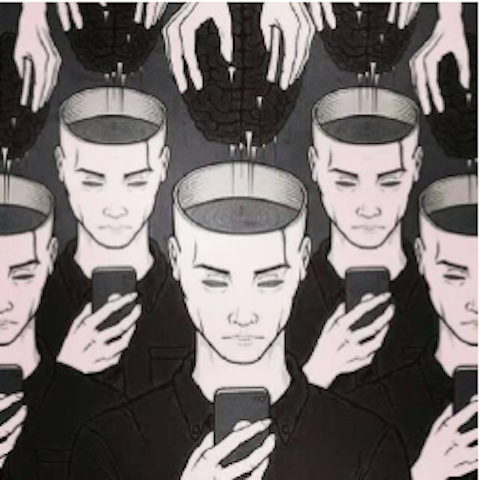 Never before in America’s history has popular sovereignty and her liberty faced so bleak a future. Recall the hot mic coverage of President Obama’s mysterious, if not inflammatory, response to former Russian President Dmitry Medvedev, “I’ll have more flexibility after the election.” And indeed, President Obama has had all that post-reelection time in abundance, rarely seeking any congressional review on issues greatly important to his agenda. The unintentional eavesdrop was a foreshadow of devastating proportions far beyond that Seoul, South Korea summit in 2012.

Of course, Medvedev’s final reply was the bobble-headed “I understand. I will transmit this information to Vladimir [Putin].” And for the White House, the response in subsequent days appeared to foreshadow what we see now as global decadence. Obama cannot legally run for reelection, so he need never be concerned of the opinions of his sheep as he, the tiger, exposes his stripes more daily as he devours his flock.

More than a quarter-century since the fall of the Berlin Wall, any hope for a hundred flowers to bloom now reek of Mao Zedong’s deathly stench akin to China’s Cultural Revolution. Not one lesson was learned, except a far worse account of rehashed “-isms” which include communism, National Socialism, the Islamic world’s final push for a global caliphate and corporatism. Americans for better than 200 years learned and understood her history of unrivaled exceptionalism, how she rose victorious over Great Britain twice between 1775 and 1816. Now, the cultural decay sees my former students believing Babe Ruth broke the color barrier in baseball while other have never heard of the Beatles. But when one student in a U.S. History course did not know Barack Obama was president of the United States, the great fear I prayed would never arise was confirmed when the blissfully-ignorant, doomed kid immediately returned to his iPhone.

All perceived misattribution to Albert Einstein notwithstanding, my great hope upon entry into college in 2000 was for the Internet leading to the postmodern world’s intellectual renaissance. My family’s first cell phone was a car setup inside a small black bag. In 2001, I was given my first carry-on cell phone, a square blue Nokia. Neither piece possessed the ability to text, to access websites or television. But by the mid-to-late 2000’s, the technology expanded to each of those characteristics, not to mention the camera lenses birthing the abominable rise of the selfie, of universal narcissism. Duck kisses, text messaging and the death of the traditional voice phone call and interpersonal interactions yielded the dangerous phenomena of social introversion and self-exploitation. And the Internet, even among college students, is too taxing to bother applying it to research and education when there is World of Warcraft, cheese puff and grape soda to sip.

MTV now promotes racial hatred, the advocacy for all white Americans to self-loathe due to their guilt of genetic “white privilege”. The traditional role of families, a sense of community through schools and churches, of comradery and in general, the desire for liberty are not merely discouraged, but often outlawed, to be met by the myriad federal bureaucracies wrath through persecution and incarceration. And there are no longer measurable differences between Left and Right. We are now prohibited from identifying what is wrong from the establishment’s definition of “right”.

Worst of all, the federal government proclaimed the greatest terrorist threat are those who are “pro-sovereignty, right-wing extremists” engaging in violence in the name of the Bible. The definition expands to those suddenly opposing Obama’s policies after historically voting for Democrats.

Today, Black Power fascists demand the entire white community pay slavery reparations due to emotional distress from the antebellum period. But who they kidding? We already are! And those we are forced to subsidize led by their puppet masters string the rest of us along while, dumbfounded, are forced to greet the world with “Howdy Doody!” The surviving byproducts of feckless 1960’s ideology raised my generation of millennials to govern the present idiocracy. It is difficult to fix an individual’s ignorance, much less a society where it is against the law not to be given today’s collegians are somehow crippled by “microaggressions” while reliving the corner of Haight and Ashbury and Woodstock for their hippie grandparents — who taught them to just be dumb and codependent.

How Can We Fight an Enemy That a President Refuses to Name?