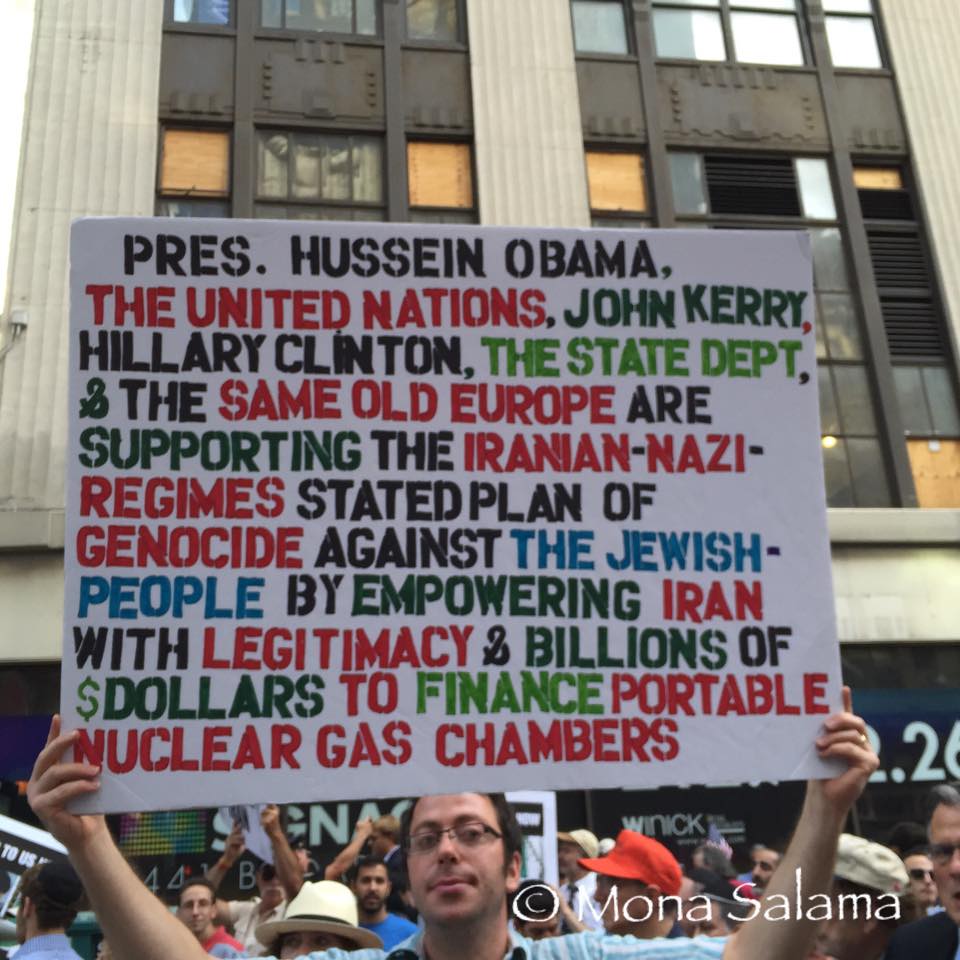 “Team Obama’s sales campaign for the Obamabomb deal is running into growing concerns about myriad concessions it has made to an Iranian regime that explicitly promises to destroy our country and its people.
These include: promises to enhance and protect Iran’s nuclear program; agreeing to allow Iran to get renewed access to conventional weapons and ballistic missile technology; and removing some 300 designated Iranian terrorists and their organizations from sanctions lists.

Worst of all, Team Obama is giving our avowed enemies hundreds of billions of dollars to pursue their oft-stated promise to bring Death to America, its citizens and allies.

I was one of tens of thousands who packed New York’s Times Square yesterday to urge Congress to kill this deal before it kills us. Please do the same with your representatives.

Go HERE to find your representatives and please call or write them today!