Cyber-bullying by adult shows ugly side of political discourse

While most of the nation looked forward to barbeques and picnics with loved ones over the Fourth of July holiday, outspoken conservative 12-year old CJ Pearson faced a frightening situation that quickly grew out of control. Twitter user MonaHusseinObama was caught taunting 12-year old CJ over his differing views and issued death threats to his family.

The conversation started when young CJ voiced his opinion on actor George Takei’s recent criticism of Supreme Court Justice Clarence Thomas, who recently dissented against the majority ruling in the June 26th same-sex marriage case. One Mona Hussein Obama took to the keyboard to issue vile and hateful words to CJ and his loved ones. 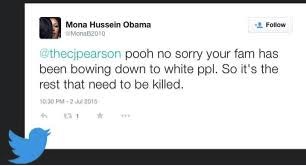 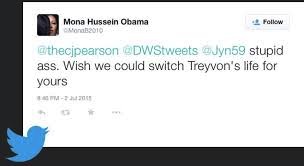 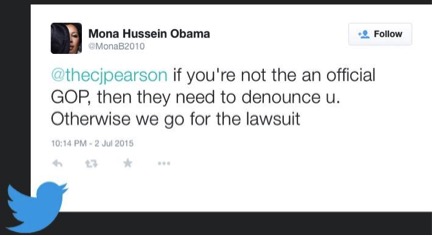 With the threats escalating to violent death threats against CJ’s family, CJ opted to take a brief break from cyberspace to weigh his options and carefully consider his next steps. Fortunately for CJ, thousands of supporters have weighed in on social media to proclaim their support and report the abusive behavior to Twitter and law enforcement. FOX & Friends, Megyn Kelly, the Examiner, and other outlets have covered the controversy as it has developed over the past several days.

As cyber-bullying has come to visit news headlines with more frequency in news headlines, this is just another example of a troll taking it too far. For an adult to make threats to personal safety over social media, to a young child and his family, certainly construed a serious enough threat to get law enforcement involved.

“Many people spend their independence weekend scouring over the Internet and other records to find this grown bully who would terrorize a mere 12-year-old. CJ is going nowhere but up and Leftist Internet bullies beware.” says Ali Akbar, CEO of Vice and Victory, and spokesman for CJ Pearson

Since the outrage that erupted over the weekend, Mona B’s twitter appears to have been shut down and she has since issued an apology. Nonetheless, this is not the first or the last time that cyber harassment has occurred due to differences in political speech and certainly won’t be the last.

Millennial Jess Vinton: We Are the Heroes of the Future!

Does Freedom of Choice Not Apply to Conservatives?