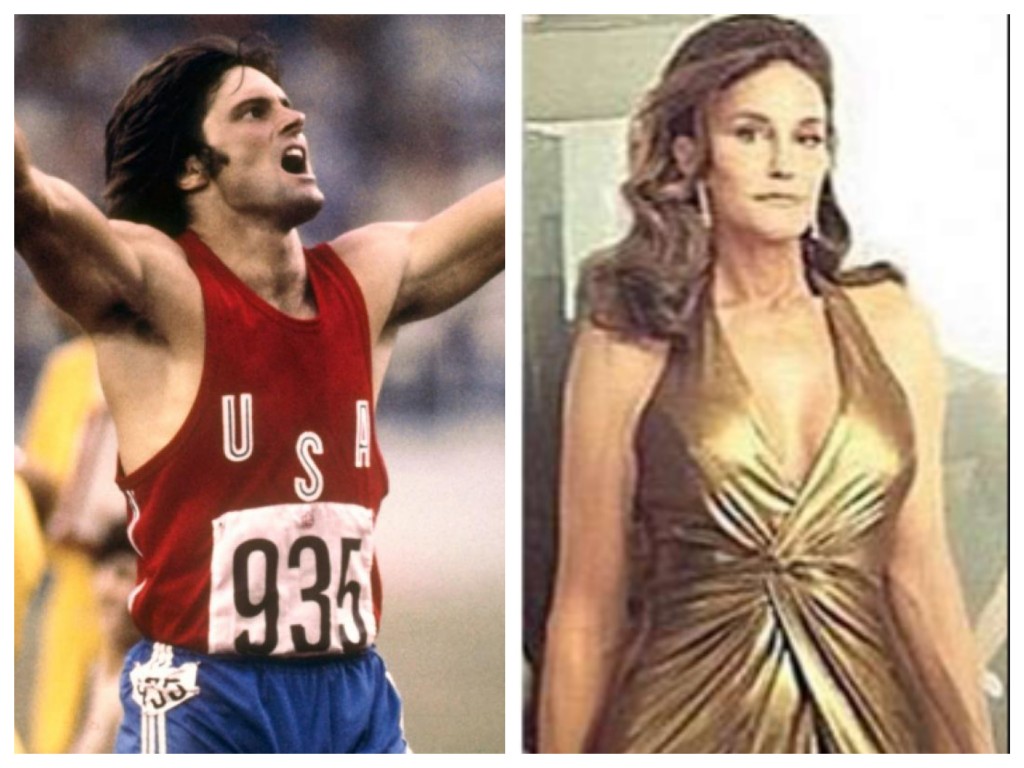 If you are like me, you are a Christian and, like me, you know that you are imperfect and you will never be perfect. Because of Jesus you don’t have to be perfect. And I literally thank God for that on a daily basis.

I’ve been watching the Bruce Jenner circus for a couple of months now. In this day and age the motto is, “If it feels good, do it.” If you aren’t happy, do whatever you can to make yourself happy. You do it. All by yourself. You don’t need anyone else to do it for you. In this mindset, it’s almost an insult to people these days to think that they would need a Savior.

Ironic, because they still do use a “Savior”…it’s just not Jesus. It is drugs, or alcohol, food, pornography, or compulsive sexual behavior. Anything to escape. Your Savior might not be Jesus, but make no mistake, you have one. Unfortunately this “Savior” you’re leaning on is a false narrative.. It’s not the Truth.

None of these things will fill that Holy Spirit/God-shaped void in your soul. Jesus is the only One who could ever give you that kind of everlasting love.

So Bruce Jenner is not, in my mind, someone to be held up as an example of “courage.” It’s not that I dislike Mr. Jenner, in fact, I think he would probably be a fun guy to hang around. But in this culture, it’s not courageous to do what he did; it’s courageous to disagree with it because livelihoods can potentially be ruined if you speak out against it.

What breaks my heart is that society has fed him this lie that to feel better about himself he needed to mutilate his body and “become a woman.” According to the world, he did what he needed to do to make himself feel better.

God gives us all “burdens.” He gives us amazing grace, and love, and joy, and hope. But make no mistake, the Lord does let us struggle at times. Is same sex attraction and transgender and the like a burden God has given people?

Bruce says that God explains it like this: “Hey, let’s give him the soul of a female and let’s see how he deals with that.”  Is it possible that is what happened? I suppose, although I’m sure the Lord wouldn’t be so flippant about it. This kind of thing is something that can sanctify and strengthen you, through your struggle. Is it fun? No. Is it the easy way? No. And on the flip side, I’m not saying that being transgender, embracing the lifestyle is the easy way. Many transgenders lose family, friends, community with people they may care about but who disagree with the lifestyle they’ve chosen. And, yes, I do believe it is a choice. Again, not an easy one (for some), but it is a choice. And by making this choice, they are choosing to also turn their back on God and to deny the Supreme Creator whom designed our miraculous bodies as man or woman.

We are image bearers of Christ; made after his own image. To rebuild that image, in any way, even physically, is to deny the perfection that we were created with. To deny Christ.

And before you give me the argument about tattoos and piercings…those things are not trying to fundamentally change who God made you to be.

After surgery, Mr. Jenner, himself, was worried. He says he went home and had a panic attack that he had done the wrong thing. And of course there was a therapist there to tell him that he was okay, he did right, and second guessing is normal.

Is it possible that this was the still, small voice of the Lord, whispering to Bruce that He made him perfectly and he (Bruce) shouldn’t have changed himself in this way?

The Bible has no verses saying to not have a sex change. That would be as out of place in context as if “Don’t Eat Oreos,” were in the 10 Commandments.  However, the Bible repeatedly talks about God’s sovereignty. Do you believe a sovereign God would actually put the wrong soul in the wrong body? God doesn’t make mistakes. We don’t know why things are the way they are sometimes.

As a Christian, I know that we live in a fallen world. Things are not perfect and sometimes things are upside down. I also know its all part of God’s plan. God never promised us an easy time of it. In fact, those hard times are what lead people to lean on Him and grow closer to Him. Yes, He did say: “For I know the plans I have for you, declares the LORD, plans for welfare and not for evil, to give you a future and a hope.”

However, the Lord isn’t talking about your life in the here and now. He’s speaking eternally. He’s preparing a place for you in Heaven. This life is but a poor, wrinkled, frayed picture of what our glorious afterlife will be.

Bruce breaks my heart. Truly, he does. He represents, to me, the fallen world. He is a broken man who bought the lies that he could feel better by becoming a woman. Mutilation of his God given body.

Although I don’t know him personally, I feel deeply about Bruce Jenner and his struggles. The pictures of him as “Caitlyn” do not look like a happy person. His eyes speak volumes about the tortured soul that lives inside of him.

As a Christian, do I think that Bruce would not have a place in Heaven? That is not for me to decide. Jesus’s grace and love is big enough to cover all of our sins. Jesus died for all of our ugliness. He didn’t die so that we could tell white lies and have pride issues (even though those things are as big a sin to the Lord as anything else). He died for it all. For everything, including the damaged people with broken hearts, who do broken things in this fallen world.

We are all broken. Maybe to varying degrees, but in the end, every single one of us is broken and in need of a Savior. In need of Jesus Christ.

My prayer for Bruce is that he can get right with God. That he sees that he needs to repent for desecrating God’s creation; that he fundamentally altered his body and in doing so denies what he is meant to be. I pray that God comes to the broken hearted in the wee small hours and comforts them and whispers, “I am here. I am the great I am. And I will shelter you. Lean on me and let me fill that hole in your heart.” I most of all I pray that they hear Him. And that people will not listen to the world, rather they would listen to the Lord.

As my beautiful friend Lidia so eloquently puts it:

“Each day most us are on a journey to mold a better version of ourselves. Each one of us imperfect. Because of the free gift of saving grace that a relationship with God offers we can all experience unconditional acceptance. We are all offered the free gift of salvation.”

In the end, I can love people like Bruce. I am called to do so–but don’t mistake love for acceptance. And don’t think that acceptance and tolerance are distinguishable only by hate. They are not.

Stop chasing the world, people. It will always lead you astray. Follow the Good Shepherd. He will always keep you in the palm of His hand and He will not lose one of us. Not one.

The Dugger Interview: Where is the 'Rest of the Story?'