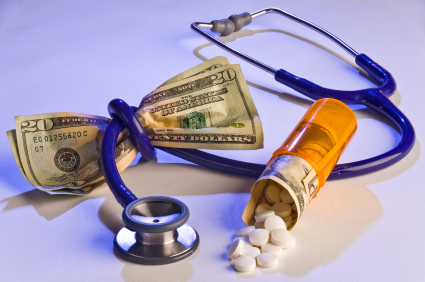 When – after a vast course of wrangling, arguing, and ultimately back room deals in the service of political maneuvering – the Affordable Care Act was passed by congress, a lot of good people sincerely worried for the future of this country. It had nothing to do with party loyalty; this was about the government overreaching its constitutional authority, this time in an encroachment on the systems in place for people to care for their health. It required people to use approved doctors, even if that meant they had to abandon the ones they’d been freely choosing to visit for years. It placed undue and potentially lethal pressures on the insurance industry, threatening the bedrock of effective care in the United States. And most egregiously of all, it ordered private citizens to purchase a particular service whether they wanted it or not, whether they felt they needed it or not, or face tax penalties for their insolence.

All of this was bad enough without state governments going out of their way to make it worse.

A bill currently under consideration in the California state legislature SB4 would alter the parameters of the state’s compliance with the ACA, allowing residents with undocumented immigration status to participate in the government mandated insurance “exchanges”, and enabling them to receive government subsidies for insurance. In other words, it doles out free health care for undocumented illegal immigrants.

The California Senate’s Appropriations Committee passed SB 4 to give health care to all illegal/undocumented  aliens. Breitbart News estimates that based on the non-partisan Legislative Analyst’s Office projections, SB 4 will cost at least $1 billion, and the cost will undoubtedly go much higher over time.

But nothing is really free; the only question is who has to pay. And in this case, the answer is taxpayers. The ones who are not violating America’s laws simply by being here, who earn an honest living, and who pay taxes on their legitimate income. Everything the government does is ultimately paid for by those people, and now the government wants them to pay for health insurance for the unlawful immigrants.

Americans are struggling to meet their own healthcare costs . What Americans need is tax reductions to stimulate business which will lead to increased employment, instead of taxing businesses for not funding immigration benefits. Lets consider job training programs , helping unemployed people find work. We can even utilize limited, well regulated social benefits systems like a streamlined “food stamps” program, so long as it is strictly temporary and used only to help Americans get back on their own feet.

People right here in America, including those who have put themselves on the line for all of us, are suffering, and we are content to leave them to their fate. This is completely unacceptable. It’s time to spend American money on Americans first, and be a neighbor to our own cherished people.
The economic impact of illegal immigration is already immense. The millions of people in this country unlawfully cost honest citizens jobs by doing them for meager pay, driving up unemployment and driving down wages. It is nothing short of unconscionable to consider validating their flagrant disregard of American law by specifically extending government benefits to them. California’s proposed legislation is appalling; no one should be rewarded for breaking the law. Gross overreaches of governmental authority like this are precisely the sort of travesty that, if left unchallenged, will lead to the undoing of a great nation. The state government of California should be ashamed of itself for even taking a bill like this seriously.