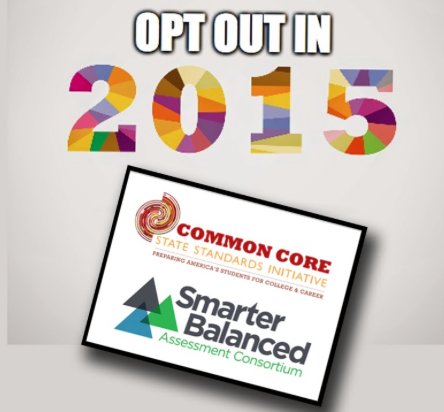 The following is what happens when the federal government owns you.

Oregon is in the process, legislatively, to make it easier on parents wishing to opt their children out of high-stakes testing such as Smarter Balanced. The bill traveling through the legislature was sponsored by Lew Frederick, a Democrat who is a friend of teachers’ unions and many in education. He is just about the only legislator in Oregon interested in protecting children’s privacy, data, and working on education policy in general.

According to this article,

“Frederick thinks the Smarter Balanced tests are suspect. He wants all parents to be sent more information about them and guaranteed the right to exempt their children. If the HB 2655 passes, parents would not have to cite any basis for opting out of tests, ending the requirement that parents cite a religious justification.”

Right now parents have to cite either religion or disability as a reason to opt their children out of the tests and many schools are doubling down on scare tactics to get the parents to acquiesce. When enough children opt out, the test becomes invalid and the school gets punished.

What happens when you’ve turned your state’s education system over to the feds, though? They rule over you with an iron fist, of course.

The feds have sent notice to Oregon’s former deputy superintendent of public education threatening the loss of funding if Oregon’s legislature passes and bill Frederick has on the table and then is signed into law by the Governor Kate Brown.

The state could potentially lose up to $140 million dollars in federal education funding tied to the testing if the bill passes.

According to the assistant U.S. secretary of education, Deborah Delisle, this is “proactively encouraging parents to opt students out of assessments and failing to hold districts and schools accountable.”

However, Frederick believes the Obama administration is just blowing smoke about pulling funding. It would leave their involvement in what is supposed to be state led education under more question than it already is.

Oregon department of education has warned that the threat is very real. And, really, by law, it is very real. The feds can absolutely withhold funding. It’s what happens when you let them takeover something that is supposed to be the state’s responsibility.

Penalties for Oregon could range from being told in writing to stop breaking the rules to losing all $325 million in yearly federal school funding, Delisle wrote. But she said most in jeopardy are the state’s $140 million a year in Title I money, the component of federal funding most directly attached to the No Child Left Behind rules.

This year a record number of Oregon students opted out of state testing. If the bill passes that number could grow exponentially. The bill doesn’t encourage parents to opt their child out; however the bill will require school districts to give the parents information about the tests and notify them of their parental rights to opt out if they wish.

The Continual Fight (and Fallout) of Common Core in Oklahoma