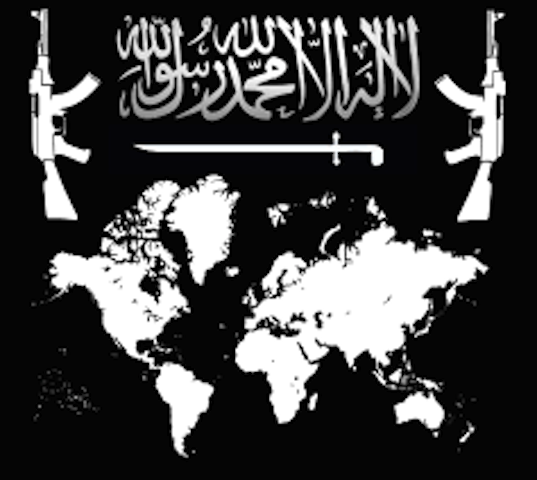 By the skillful and sustained use of propaganda, one can make a people see even heaven as hell or an extremely wretched life as paradise. Adolf Hitler

We plan to eliminate the state of Israel and establish a purely Palestinian state. We will make life unbearable for Jews by psychological warfare and population explosion. We Palestinians will take over everything, including all of Jerusalem. Yassar Arafat

America is a great power possessed of tremendous military might and a wide-ranging economy, but all this is built on an unstable foundation which can be targeted, with special attention to its obvious weak spots. If America is hit in one hundredth of these weak spots, God willing, it will stumble, wither away and relinquish world leadership. Osama Bin Laden

Global Islamic Jihad is advancing rapidly. We’re in the fight of our very lives and yet our leaders refuse to see it and expose us to more and more slaughter and horror. I personally feel like I live in an Islamic Jihad snuff film that is on a never ending loop.

Israel is on the front lines of the Global Islamic Jihad and have lost countless lives due to this battle. As Brian of London wrote in his piece on Israellycool , Israel let down their guard and removed check points. This resulted in the murder of a Tel Aviv man who went out hiking in Dolev Israel, approximately 17 miles Northwest of Jerusalem, this weekend with his friend. The two hikers reached out to assist some Arabs who appeared to need help and they were shot point blank. Late Friday afternoon, June 19, 25 year old Daniel Gonen succumbed to his wounds and died. His friend survived.

With the advent of Ramadan travel restrictions have been lifted for Arabs in Jerusalem and the result of this has been rocks thrown at passing cars and a city bus, a violent riot by Arabs with Israeli police and a policemen being critically stabbed by an Arab at the Damascus Gate.

Other incidents such as finding dangerous weaponry in vehicles another stabbing of a Jew have also been part of what’s happened just this weekend alone.

These attacks against the Jews are becoming commonplace and the frighteningly acceptable as Israel is demonized, lied about and smeared by the mainstream media. Their sympathies lie with the Jihadists.

The Jews are under siege, not just from within, but from without also. The EU, now overrun by Islamists, kowtow to them and embrace the destruction of Israel by insisting on a two state solution, which everyone knows will be the final solution. The UN ignores the slaughter going on by the Islamic State and other Islamic groups, and instead focuses on demonizing Israel, the only Democracy in that region where all people have equal rights under the law.

Yassar Arafat explained the strategy of the PLO when he said, “We plan to eliminate the state of Israel and establish a purely Palestinian state. We will make life unbearable for Jews by psychological warfare and population explosion. We Palestinians will take over everything, including all of Jerusalem.”

The Boycott, Divestment & Sanctions, also known as BDS, is the worldwide movement meant to do just that. It has sprung up out of the lie that Israel is an apartheid state. Nothing could be further from the truth as all citizens of Israel have the same rights under the law. The man behind this movement is Qatari born Omar Barghouti, who now lives in Israel and attends Tel Aviv University.

These demonization campaigns are meant to do what Hitler did, demoralize and devalue the life of the Jew so that when the final solution is put in place, no one will care.

With a Little Help From Their Friends

The hard left and the mainstream media are on the front lines of covering up and pushing the Jihad movement on the West. Rarely are the attacks on Israelis even mentioned and if they are, Israel is made to look like the aggressor, or if a Jewish Settler is attacked the implication is that they deserved it. Such racism would never be allowed against any other group of people.

If it weren’t for Pamela Geller, Robert Spencer, Daniel Greenfield, Jamie Glazov and Raymond Ibrahim, among a handful of others, we would not hear of 1/10th of the Islamic Jihad attacks in North America and around the world.

When Pamela Geller was threatened with death due to her free speech event truth was turned on its head as Geller became the story and was attacked by the mainstream media for standing up for free speech. Even some within conservative news attacked her and wanted her to acquiesce to the Jihad and relinquish her rights. The mainstream media has decided that they will submit to the Sharia. Isn’t that what Bin Laden meant when he said: “If America is hit in one hundredth of these weak spots, God willing, it will stumble, wither away and relinquish world leadership.

For the sake of time and space I’ll mention just a few attacks that have taken place most recently as reported by Geller and Spencer.

According to Pamela Geller, on Saturday June 20, 2015, Austria had a vehicular Jihad attack by a Bosnian Muslim, leaving 3 dead, 1 of them being a 7 year old and scores injured. He even started stabbing people. Jerusalem has also had a number of these vehicular attacks in the recent months.

In the UK, Prime Minister Cameron has asked for Muslims to fight radicalization in their midst. Turning truth on its head once again, a UK Muslim leader has called this unhelpful and wants more focus on Islamophobia.

Jihad Watch reports that, so as not to hurt the sensibilities of an Islamic terrorist, the UK has chosen to forgo the electronic tag on an Islamic Imam accused of recruiting for a Jihad group.

Is Global Islamic Jihad and their enablers in the media, the EU, the UN, in the higher echelons of our own governments employing a technique used by Psychopaths called gaslighting, a method of psychological warfare meant to confound and confuse their victim?

According to The Investigative Project, a recent State Department report minimizes Palestinian incitement to violence.

A portion of the report reads: “The State Department assessment also ignores the direct participation of senior PA officials in praising terrorists and inciting violence against Israelis and Jews.

For example, the report does not mention PA President Mahmoud Abbas’ call last October for Palestinians to prevent Jews from going to the Temple Mount compound “in any way.” The video clip of Abbas’ Oct. 17 speech was shown 19 on PA television times in three days, implicitly calling for Palestinians to use violence against Israelis.

In February, however, the PA Minister of Religious Affairs and other prominent religious officials resorted to an age-old blood libel accusing Jews of attacking Muslims sites and that Israel is trying to destroy the al-Aqsa Mosque, Palestinian Media Watch (PMW) reports. Such accusations are baseless and encourage Palestinians to conduct terrorist attacks against Israel.

The State Department report also omits any reference to official Palestinianglorification of terrorists.”

Not to mention that at every turn President Obama shows his sympathy for the Global Jihad. Even going so far as to use the UN platform to declare on September 25, 2012, that the “’The Future Must Not Belong To Those Who Slander The Prophet of Islam.” Oddly enough that was part of his Benghazi cover up theatre. The Islamic Jihad attacked the American Embassy and murdered 4 Americans. Those Americans, we’ve come to find out, were left there to be slaughtered by the jackals.

Was this proclamation at the UN a greenlight for the Global Jihad? It increased exponentially shortly afterward and the Islamic State was left to run amok and create their caliphate in the Middle East.

As reported by Robert Spencer in Jihad Watch, an Ohio Muslim arrested on terror charges proclaims, “We are all Islamic State citizens. This isn’t some gang in the desert you’re fighting. This is WW3 the beginning has just begun,” Al-Ghazi wrote on Facebook, according to the FBI.

Al-Ghazi communicated with two people he believed were members of ISIL in the Middle East and expressed a desire to commit terrorist attacks on the United States, the FBI said in a news release. He also attempted to buy an AK-47 assault rifle….”

So there you have it. We’re living in hell with these monsters poised and at the ready to lay siege on us and we’re told that we’re still living in Paradise.