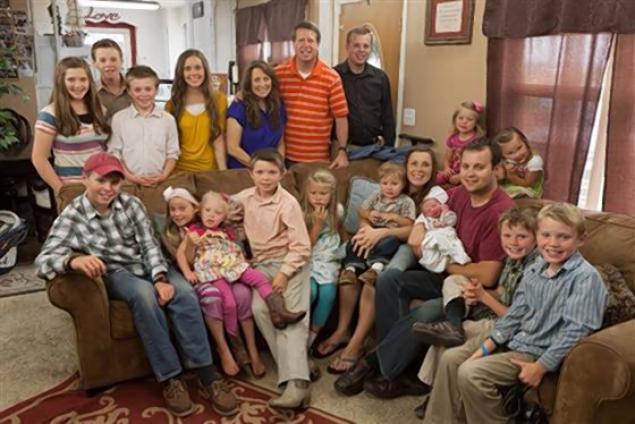 After watching the Duggar interview twice this week, I have more questions than answers. I’m curious when Jim and Michelle chose to raise a family of 19 pretty much secluded from the outside world. Was this a ‘learned’ life style from their parents, friends, or their pastor?  The children have been brought up to strictly adhere to the beliefs and lifestyle of their parents.  They are  home schooled and banned from watching television.  The girls are expected to dress with extreme modesty, including wearing “wholesome wear’ swimsuits. They also have a great amount of responsibility which includes caring for the younger children.  They are seldom, if ever, around others with differing opinions or lifestyles. It seems they are being groomed to grow up, marry, have children, and live the same life as their parents. On the surface this might sound good, but so is being able to understand the type of person God made you to be and having the freedom to pursue your own life.

After watching the interview, I’m troubled that the young Dugger women have been coerced into believing the real culprit is the one who leaked the story rather than their brother, Josh, who now has children of his own. What’s more, is their family even concerned about this?

It was evident only moments into the interview Jim and Michelle’s prime objective was to protect their son. As often seen in some overly strict and controlling religious circles (and cultures where men are protected), young men are sometimes deemed ‘unable to control’ their natural curiosity and sexual desires while women are expected to walk the line. During the interview I heard both parents comment more that once, “he touched them on top of their clothes,” (as if that makes a difference.) Another comment: “He came to us crying.” He was sorry, he wanted forgiveness, etc. Jim and Michelle also stated the girls ‘didn’t even know what had happened.’ How exactly do we know this? Certainly the girls became aware when Jim and Michelle talked to them, in the least to be certain nothing else had occurred.

At one point it appeared Michelle started to cry but there were no tears, almost as if she were trying to cry. Both parents brought up more than once the fact the police records were ‘leaked,’ as if that is the real problem or issue. Certainly someone is at fault for the leak, but shouldn’t the real emphasis have been about protecting those girls, especially over the protection of the perpetrator?  They say they took steps to protect the girls, so why did it take three occasions of Josh confessing before they removed him from the home? As a parent I can certainly sympathize with the anguish of knowing one child has hurt another, but it is still the parent’s job to protect the innocent first.

Like Paul Harvey, I’m waiting for ‘the rest of the story,’ and praying these young ladies and all of the Dugger children can find healing, peace, and freedom.

Why Bruce Jenner Breaks My Heart