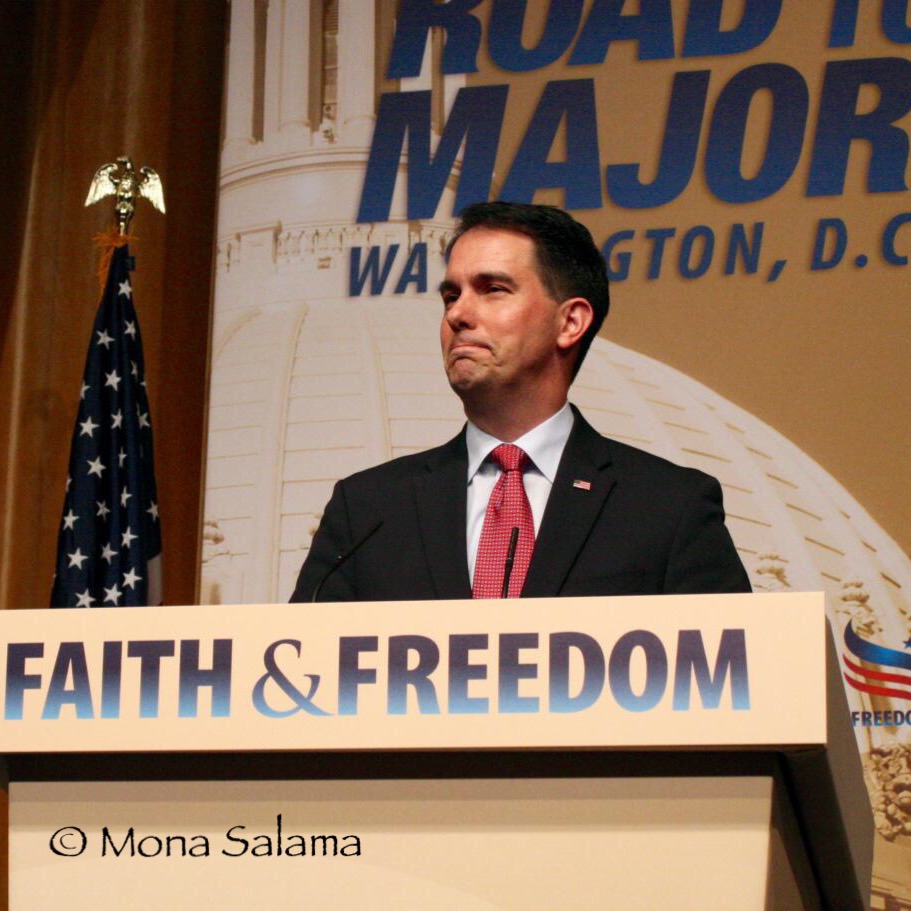 Wisconsin Governor Scott Walker was the keynote speaker at the Road to Majority Saturday night dinner. Speaking to a gathering of religious conservatives, Scott Walker began his speech asking for a moment of prayer for the “nine brothers and sisters in Christ who were taken on Wednesday in the Charleston shooting.” Walker then called the shooting a “racist and evil act.”

Walker, who hasn’t formally declared his presidential but has created a “Testing the Waters” committee. Sounding like an already-announced presidential candidate during his speech, he discussed his record such as battling state unions, the laws he passed during his four years as governor, and surviving his recall election.

“If we can do it in a state as blue as Wisconsin,” he said, “there’s no doubt we can do it anywhere in America.”

The governor wasted no time criticizing Obama foreign policy, citing the president’s recent speech stating that climate change, and not ISIS, was the biggest threat facing America.  The crowd gave him a boisterous standing ovation when he said,

It has been leaked that Walker is planning to announce mid-July after Wisconsin legislative session ends. No confirmation of whether this is true or not has been said by Walker but looking at and the enthusiastic crowd when Walker spoke as well as leading the national polls, especially in Iowa, my money is on Walker to definitely announce his presidential run just like rumors announced. And given the likelihood the democratic challenge can either be Hillary Clinton or Bernie Saunders, Republicans need to find someone who can beat either or to take the White House seat in 2016. Walker is one perfect candidate who can beat a Democrat and get results.