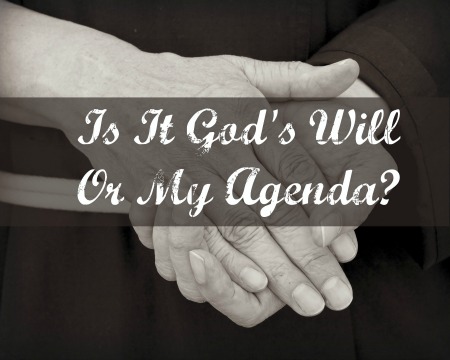 Social media and commentators are filled with glee as the Supreme Court of the United States rules that same-sex marriage should be recognized in all 50 states of our country. The air is filled with rainbows and hearts declaring “Love Wins”, as if hatred had only filled that spot, before the decision of the high court.

Did love truly win? Were those who fought for same-sex marriage fighting for the right to love their partner or for the same rights of those whom the bonds of traditional marriage previously only recognized? Could their love only be shared if it was recognized by a government?

No one told the LGBT community not to love their partners. So in reality, love didn’t truly win. The lawyers won. No one was afforded the right to love another by this action. That right was given at birth by God. But what man has now done has stripped any Godly foundation from society which may have still been intact out from under our feet.

Whether anyone agrees with the Bible or not, it has been the foundation of American society for over 200 years. Portions of it have been the foundation of numerous societies for thousands of years. Yet now, our society is based on social agendas and selfish desires.   Wherein those who base their lives on nothing but their own fascination with being the sole creator of their own universe now have the ability to train their weapons of hate, pride and now the law, to “pay back” those whom they feel have held them down for so long, yet never trying to understand the conservative point of view.   This was immediately evident with the strong vitriol which made its way through social media after the decision was announced, with liberals wishing conservatives to die and go away.

Now who is the “intolerant” portion of our society?

Justice Samuel Alito said in his dissent of the 5-4 Supreme Court Ruling, “I assume that those who cling to old beliefs will be able to whisper their thoughts in the recesses of their homes, but if they repeat those views in public, they will risk being labeled as bigots and treated as such by governments, employers and schools”. Justice Alito went on to say, “the majority facilitates the marginalization of the many Americans who have traditional ideas.”

And there you have it. In one sweep of a pen, the highest court in the land has legislated, overturned the desires of so many citizens of this nation and redefined the Constitution, to no longer maintain marriage to be between one man and one woman.

Might this shift in opinion have a large bearing on the mindset of our country’s leadership when it comes to social issues and the lack of Godly input, when making decisions? The lack of religious participation in American homes contributes also to the younger generation not having a basis of developing beliefs, beyond their own opinions.

Justice Alito’s comment suggesting “old beliefs” were going to become whispers has already begun to happen. Christian, Conservative Americans can no longer share their ideas and faith, without being run out of town. Labels such as “haters” are now the scarlet letter worn by many Christians. When in fact haters are not what most Christians see when they look in the mirror. Now, more than ever, what many Christians see are confused reflections of those who know and believe in their heart they truly love mankind, no matter a person’s sexual orientation. Yet they have chosen to live by tenants which God has set forth declaring marriage as being between one man and one woman. (Genesis 1:27-28; 2:18; 2:21-25; 1 Corinthians 7:2). Examples for which Christians base their marriages are found in the Bible, some of which are found in Genesis 24:67; 1 Samuel 25:40-42; Ruth 4:13.

The dissonance created by a society who no longer values a faith-based belief system, while faith-based believers must still live within that society, is sometimes unbearable. Businesses are being bullied and sued because of their religious beliefs. Student groups are being banned from campuses due to their beliefs. Why won’t those who choose same-sex marriage, if they want honor also, honor those who respectfully disagree and find other businesses to patronize or let student groups meet without a fight. What is the need to humiliate and destroy someone’s livelihood or expression of beliefs, to make a point?  It is enough of a constant struggle to not water down the teachings of Jesus Christ, for acceptance in society and live out the instructions of the Bible. Those, whose belief system is based upon the desires of their own hearts solely, bully those who have chosen to believe in God. It may be on the horizon, where churches in America will be brutalized by some same-sex marriage supporters, even though the high court says they cannot be, and driven underground as in communist nations. Where is the love and acceptance from the “other side”?

God never changes, His stance on His commandments never waiver. (Malachi 3:6; James 1:17; Psalm 102:27; Daniel 6:26) Yet, as mere humans, our very nature is to manipulate most anything, to create the life we feel deserving to live. Except for the grace and mercy of God, who sent His son to die for all of our sins, we don’t truly deserve to live (John 3:16), but because of Christ’s death and God’s love for ALL mankind (heterosexual and homosexual) we can live for eternity through Jesus Christ. Nonetheless, God wants us to live in the way He created, not in our interpretation of His creation.

The biggest fallacy of the same-sex marriage argument is that Christians hate homosexuals. This is an absolute lie. Many Christians, through the course of life and the changing of society, have friends who are openly gay. Some of these friends live quiet lives with their partners, respecting their heterosexual friend’s choices. While some live an activist lifestyle, supporting the shame which is heaped upon those who don’t agree with their stand.

The truth about all Christians should be we love everyone. Period. We love them, because God loves them and sent His one and only Son, Jesus Christ, for their salvation (John 3:16). This doesn’t mean however, we need to agree with the way some have chosen to express their love to others, through marriage.  Christians should be able to express their feelings on any topic, respectfully to others, especially if it based on their beliefs.  Everyone must have a basis for which they form, cultivate and hold their beliefs.  Christians find that basis in the Bible.

The Supreme Court’s action, in legislating (which is what this action does, since it redefines the Constitution) makes the path wide for Christians to be pushed underground. It also makes the path fertile for things such as Sharia law to penetrate deep into our moral fabric. This is where the danger and fear should truly lie and be the focus of our discussions.

True, many disagree with the decision of same-sex marriage by the Supreme Court. Be that as it may, what America now must deal with are nine individuals who are not the Legislative branch of our country, making laws instead of interpreting laws. They are a group of people who cannot be fired or taken out of office and thus have the freedom to desecrate the morality of our nation and what it was created to be by our forefathers.

In God, there is freedom.  All of us have the freedom to choose how we will live.  We will either live within the teachings of God or we won’t.  Presently, our nation still allows us to choose our beliefs. We are still afforded those freedoms. Including now, the freedom to participate in same-sex marriage. President Obama promised to “fundamentally [transform] the United States of America” and he is doing it. We cannot continue to live in the haze of his transformation, for when we awake from the comatose state we are in, we will no longer recognize our nation.

Charleston: Start of a Race War or Spark For a Spiritual Revival?