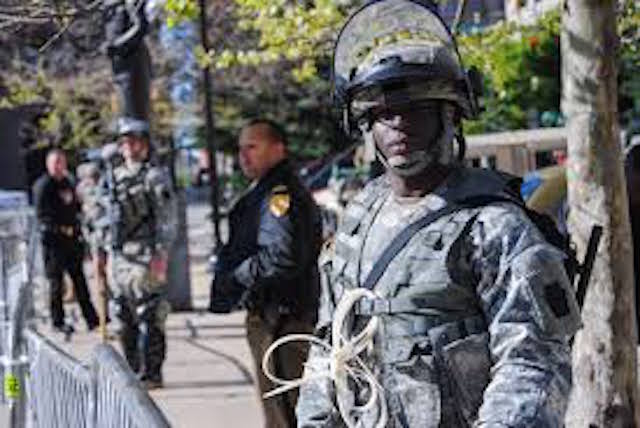 “Where ignorance is our master, there is no possibility of real peace.” ~ Dalai Lama

What will you do when the riot comes to your town? It is no longer a question of “if” but “when” will the riot come.

Within the last 10 months our nation has been plagued with destructive rioting from Ferguson, MO to Brooklyn, NY to Baltimore, MD. Chants of No Justice, No Peace are heard way too often. The rioters many of whom have been paid to riot, have burned down businesses, shut down the Brooklyn bridge, destroyed numerous businesses and have murdered innocent civilians and police officers.

The riots have cost these victimized communities millions of dollars. The aftermath of the riots have essentially left these neighborhoods so crippled that they may never be able to stand again. Studies have suggested that the 1992 Rodney King riots in Los Angeles cost that city $4 billion in taxable sales and over $125 million in direct sales tax revenue in addition to the $1 billion in property damage. Los Angeles has yet to fully recover from the riots over 20 years ago.

The rioters are not on a quest for justice as even Eric Holder’s Justice Department in its 86 page report completely exonerated Ferguson police officer Darren Wilson in the deadly shooting of 18 year old Michael Brown. “The facts do not support the filing of criminal charges against Officer Darren Wilson in this case,” Mr. Holder said. For those who feel otherwise, he said, “I urge you to read this report in full.” Less than two weeks after the DOJ report was released two Ferguson police officers were shot and severely injured as they stood outside the Ferguson police department. The racial divide remains in Ferguson. Many of the rioters pointed to the lack of diversity in the black majority city of Ferguson. The white police chief; city manager; municipal judge and officer Darren Wilson have all resigned.

Diversity did not save the city of Baltimore from the riots and looting. Baltimore’s mayor and District Attorney as are most of its government officials are black and the population of Baltimore is 63% black. Of the six police officers indicted in the death of Freddie Gray, three of them are black. More than 380 businesses in Baltimore were damaged in the rioting and FEMA has just denied Maryland’s request for aid to cover the cost for the riots. Since the Baltimore riots, the crime rate has skyrocketed with over 100 shootings and 40 murders in the month of May alone making it the deadliest month in Baltimore since 1990.

Martin Luther King Jr. said, “we must learn to live together as brothers of perish together as fools.”

And yet stories coming from the tragedy of the senseless murders of the nine slain in a Charleston, SC church give me hope. As Charleston gathered together both black and white to pray in the same church that crazed racist Dylan Roof turned into a murderous crime scene only days earlier, the echoes of their prayers were offering an entire nation another way to respond and a pathway to healing.

The summer has just begun and I urge us all to pray.