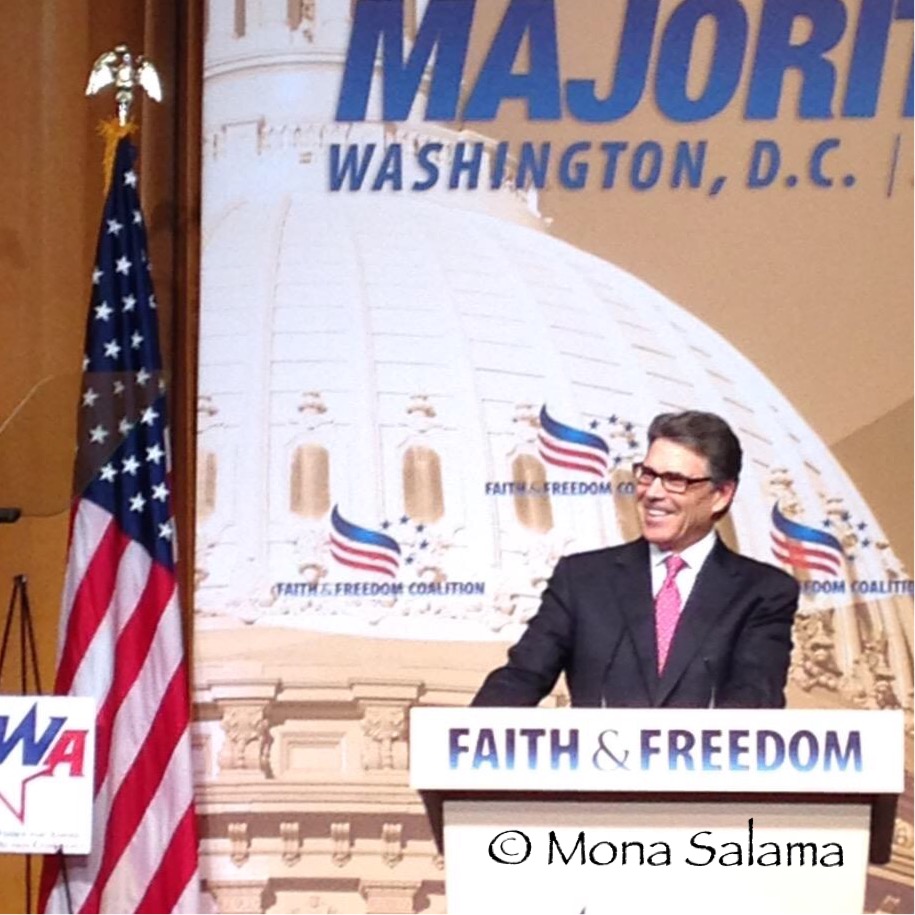 Former Texas Governor Rick Perry addressed the crowd at Road to Majority conference in Washington, D.C. His focus centered on the failed policies of the Obama’s administration, ISIS, and the issue of abortion.

Previous presidential hopefuls gave their remarks on the horrors that occurred last week in South Carolina, where nine people were shot to death inside a church in Charleston. Perry condemned the shooting as a “heinous hate crime.”

“That depraved individual didn’t just take the lives of black Americans. He gunned down nine children of God,” Perry said

Perry’s remarks of Charleston shooting drew controversy on Friday from an interview he did with Steve Malzberg’s Newsmax TV show. Misleading headlines from social media and news outlets quoted Perry as referring to the Charleston shooting as an “accident” which led to huge criticism. A spokesperson for Perry’s campaign responded to the remark, saying the government intended to say “incident.”

After addressing the shooting, Perry used the rest of his speech to criticize President Obama on foreign policy:

“We have been led by a divider, slicing and dicing the electorate and pitting Americans against each other for political gain.”

Perry blasted the Obama administration for allowing the growth of ISIS by withdrawing our troops from Iraq:

“Weakness at home has led to weakness abroad, the president’s withdrawal of troops from Iraq. We won the war, but the president failed to secure the peace.”

Perry’s pitch on the issue of pro-life helps him to differentiate himself from other 2016 contenders based on his record on the issue of abortion. As governor, Perry signed into legislation a ban on abortions after 20 weeks as well as parental notification and consent.

In emphasizing his record and experience on social, economic and foreign issues. Perry looks to distinguish himself from the crowded presidential field.

(VIDEO) One Distraction: I Still Think You're Beautiful

Daniel Greenfield: How Islam Got Its American Priveleges