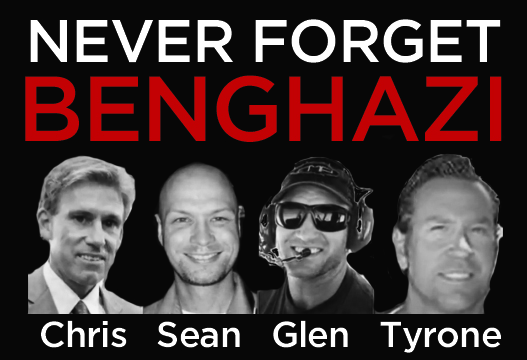 Some time ago, I sat in rapt attention as I watched four flag covered coffins carried with total respect into the hangar where last public rites would be offered. These coffins held bodies of young men who had been murdered in what was their line of duty. One was an Ambassador. Three were military personnel serving in the compound in an insufficiently protected post. They had died in the line of duty under attack by a mob of the very people they were there to serve through an American consulate. As the coffins were brought into the service area, I saw that President Obama and Secretary of State Hillary Clinton were there, with many others I did not recognize.

I had not intended to watch the service as I had chores to do, but my heart was aching for these men and their loved ones, as I was sitting very near my retired U.S. Navy Chief husband. I was glad he had served his twenty years with honor and my chores could wait, so I began to pay closer attention. The ceremony, even in an airplane hangar waiting for the hearses to receive the coffins for the rest of the journey, was being conducted with dignity and respect, in almost total silence. The military personnel, young men in their most important uniforms, with perfect precision, placed the coffins at the rear of the hearses which would continue to the final resting places of each young man. I did not know where they would go, but so far silence, other than the footsteps, was deafening.

Coffins in place, the uniformed men ranked away from the coffins, and the speakers began to step forward.

On the front rows, two or three in front but quite a few other rows with family and other officials filling quite a few rows of folding chairs. I did not know who most of them were, but a few looked familiar. By now the silence had almost become all that there was, but speakers came forward and as the requiem began, I became very sad as the story of those four dedicated servants of American freedom was being told, who each one was, and his part in the work he had done in the compound, trying to survive as well as protecting the Ambassador and getting all possible to safety.

Mr. Obama spoke and what he said is lost forever in my memory as I had begun to cry for the lives lost in what was, to me, a place that did not deserve their sacrifices. They had been brutally slain by the people that they, their Ambassador, their team, had been stationed there to help to have better lives. Mrs. Clinton spoke also, praising the young men who lay at rest behind her, and she was eloquent and I cried, thinking of the way in which they had been there as her messengers, symbols of America’s longstanding policies to bring better lives to oppressed people. The major number of workers, thirty or more, had been taken to safety, but the four in the flag covered coffins had stayed to fulfill their duty: to serve and protect.

And as I cried and listened to the speakers, it became suddenly clear to me that their lives had been sacrifice in vain, for what was already being told as truth was nothing but lies. They had not died for a video, they had been attacked and brutally slain for lack of sufficient protection, for sufficient knowledge of an attack underway by those who wanted Americans out of their hellhole, and they did as they wished with the embassy. Only four died, others escaped. But at the service in the hangar, Mr. Obama and Mrs. Clinton, lied about everything, and they continue to lie.

While I cried for the dead service and the ambassador, I did not remember until later that a post I had read on my computer, one night when I could not sleep, was between people I did not know who were discussing a firefight somewhere in the Middle East, with a funny name I had never seen or heard before: Benghazi.

No mention of a video, or a spontaneous riot. The conversation I had eavesdropped on came back to me in days that followed. The young men I cried for died in the line of duty, and my tears were real. It really does make a difference, when facts and fiction meet, and truth is buried with the dead.

This is how I remember the events surrounding that day in the hangar for those four young lives. Memory sometimes sees truth, and lives do matter, but more to some than to others.

Bogus Story of the Week: Use Caution When Reading the Following "News" Websites

How Much Force is Too Much? Homeowner Livid Over Destruction To Capture Shoplifter