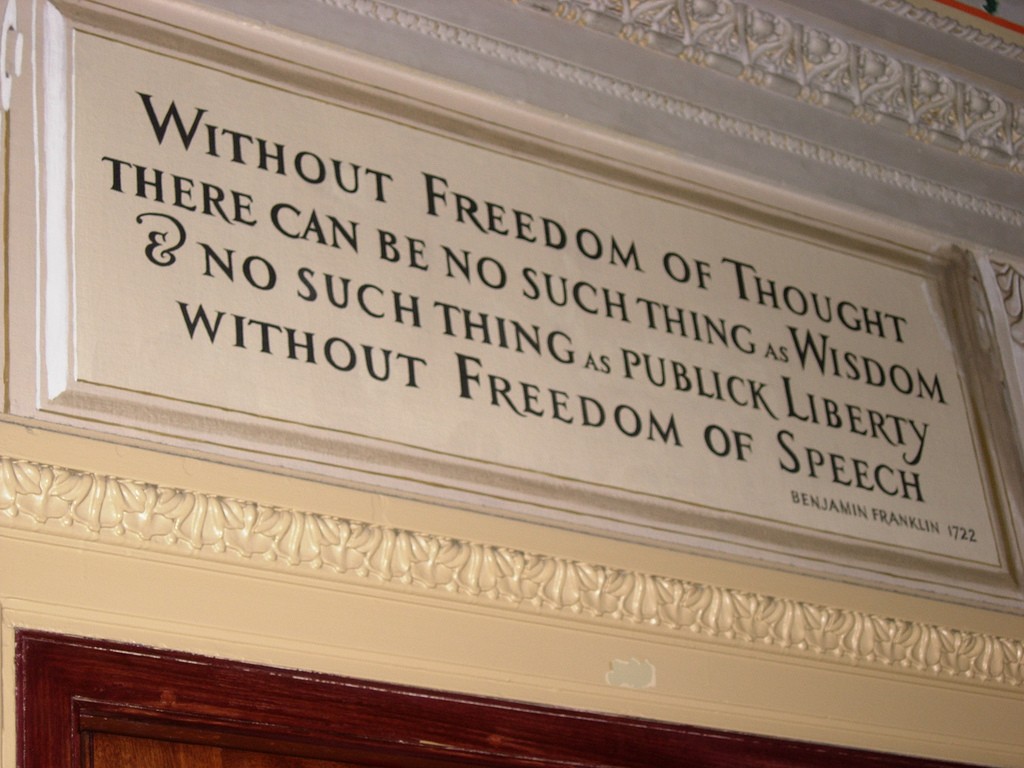 The principal of North Miami Senior High School was “reassigned” for expressing his opinion on an online newspaper board. A “thought police” activist apparently took a snapshot of the comment and made sure it went viral, revealing who the principal was, what position he held at a school and even his Facebook page.

Alberto Iber expressed his opinion of Police Captain David Eric Casebolt’s response to an out of control pool party in McKinney, Texas. Casebolt, attempting to bring the scene to order, is accused of being excessive in his handling of an uncooperative 15-year old bikini clad black teenage girl and then drawing his gun in front of two black male youths rapidly advancing toward him while he dealing with the girl.

The police officer has been under media fire and has since apologized and resigned.

Iber in his online posts defended the officer:  “He did nothing wrong. He was afraid for his life. I commend him for his actions.”

Iber, a principal at a 99% minority high school was admonished openly in a statement by the school district administration who did not agree:

“Miami-Dade County Public Schools employees are held to a higher standard, and by School Board policy, are required to conduct themselves, both personally and professionally, in a manner that represents the school district’s core values.”

“Judgment is the currency of honesty. Insensitivity – intentional or perceived – is both unacceptable and inconsistent with our policies, but more importantly with our expectation of common sense behavior that elevates the dignity and humanity of all, beginning with children.”

What on earth does this statement mean: “Judgment is the currency of honesty?”

Iber gave his authentic (honest) opinion of his viewpoint when he made his online comment. He saw the potential danger of two young men advancing while the cop attempted to bring control to a chaotic situation. The young lady was given an order, which she dismissed. By resisting the direct order of the police officer, she was then forcibly pushed to the ground. To Iber’s way of thinking, Casebolt’s aggressive approach was justified.

Judgment is a result of experience, training, knowledge and values. Prudent judgment is the result of gathered wisdom and hindsight. We can argue that there was a lack of prudent judgment, but everyone has the right to defend their own life and we do so with what judgment we have at the time. That is not only intelligent; it is who we are under the Constitution of the United States. All Iber did was express what he saw as a potential threat to the cop’s life and supported it. How is that dishonest? Why couldn’t that opinion have been used as a basis for a debate in the school to teach about perspectives, judgment, prudent judgment and critical thinking skills?

And what does ” Insensitivity – intentional or perceived –“ mean? We’re placing “feelings” above common sense, freedom of speech, various perspectives and resulting interpretation that differ with others?

Our culture is breaking down before our eyes. We have allowed and continue to allow the infiltration of an irrational, radical mind-set to flourish in this nation. These radicals have acquired influential positions that determine who is allowed to hold which positions, what our kids can think, how core values should be organized and taught, and the promoting of unrestrained permissiveness of rebellious kids and teenagers regardless of society’s norms and traditions. Miami-Dade is just one example.

Another is California. In September, 2014, Governor Brown signed a new law that limits the use of “willful defiance” as a reason to expel or suspend students. The so called reason sounds similar to Miami-Dade’s Superintendent Calvalho’s statement, “. . .our expectation of common sense behavior that elevates the dignity and humanity of all, beginning with children.“

Governor Jerry Brown’s signature on the bill says it “signifies a growing commitment on the part of the state to find more positive approaches to disciplining students.”  They actually believe that allowing the kids to be rebellious and disrespectful and not suspending them will keep them in school and out of the criminal justice system. This is the twisted and ignorant rational of the hard left in this country.

Apparently, it has not occurred to this generation of error laden leaders that the escalating problem of high school drop-outs is a result of a lack of respect for their teachers, education and societal norms. The Left has so twisted American core values that in my area alone only 40% of the student are graduating. When I went to high school I can only recall one student who dropped out.

The real problem is that these children are being enabled toward further destruction in life. Instead of exercising established disciplines that would result in a well socialized individual able to handle conflict intelligently and can adapt in a lawful, civilized society we have a McKinney, Texas! And now this mind-set is so prevalent that our school system and government dismiss those who display common decency, common sense and collective wisdom. They are considered the outliers and are to be removed.

The principal wasn’t reassigned due to a lack “of common sense behavior that elevates the dignity and humanity of all, beginning with children our society” but because he was the one who possessed it.

The Marketing of Evil & How We Buy It by the Boatload

In It To Win It: Carly Fiorina Campaign Ad GOES AFTER HILLARY