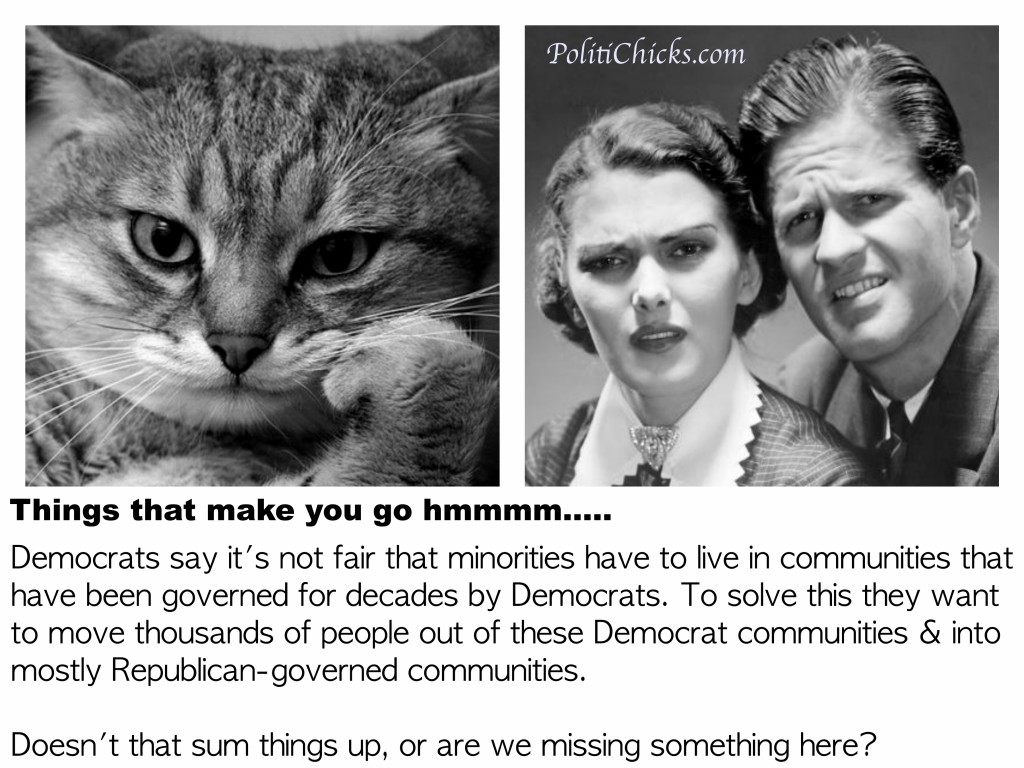 In light of recent reports of President Obama’s plans to force diversity in wealthy neighborhoods, we must understand this has been going on for many years.

The first attack was directed at Westchester County in New York. I followed the disturbing events as they unfolded in Westchester County, New York over the past several years.  The Federal Department of Housing and Urban Development (HUD) has been wielding its unfettered legal and regulatory power in this community, calling it their “Grand Experiment!”  Unelected federal bureaucrats are deciding how neighborhoods will be built, using social, environmental, and economic justice to force racial diversity.  The video below of Rob Astorino, Westchester County Executive, speaking with Steve Malzberg at Newsmax,  discusses what regulations the federal government has been  mandating on Westchester County regarding housing development, densities, and zoning laws.

We all agree discrimination is wrong; however, people choose and live where they can afford to live. Statistics and research into Westchester County has shown there is no exclusionary zoning; the biggest obstacle to people living in these neighborhoods is price (much like other communities and neighborhoods across the country).  This is not discrimination, although the federal government and HUD have determined it is potentially discriminatory.  HUD asserts that single family homes on quarter acre home sites are discriminatory and wants communities to change their neighborhood zoning. This is a vital issue we all need to follow. Any community that has taken federal dollars has effectively permitted the federal government to insist on implementing federal control of local control and local zoning.

Go to Westchester Gov.com and read some of the letters and correspondence from HUD to Westchester County. The people must demand that local control of zoning and housing issues remain a local issue.