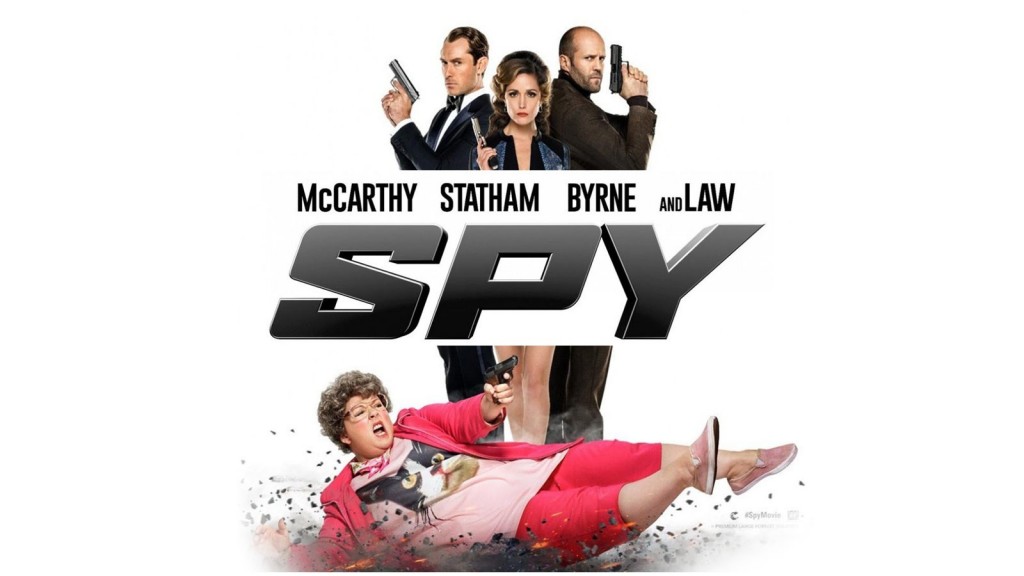 First a disclaimer:  director and writer Paul Feig (“Bridesmaids”, “The Heat”) and I were BFF comedy friends early in our careers. I booked a comedy room and Paul was not only a talented regular performer, but a close friend as well. He was sweet, genuine, fantastically funny and the only comedian other than myself who wasn’t dependent on drugs to perform (hence a close friendship!). When we do connect now, he is still the same sweet guy, only a mega director and writer in Hollywood (do I sound proud?). His heartfelt goal (and I can personally attest to this) is to bring talented female comedians to the forefront of films once again.

Having said that, “Spy” stays true to its goal. Melissa McCarthy (Susan Cooper) is laugh out loud hysterical and Miranda Hart (Nancy B. Artingstall) is charming and witty as her CIA friend and sidekick. The story begins as Cooper (McCarthy) portrays a desk bound CIA analyst to field agent Bradley Fine (Jude Law). Cooper (who is also in love with Fine) guides him out of danger by a radio connected to his earpiece. When Fine is killed trying to unveil the whereabouts of a nuclear weapon, CIA directive (Allison Janney) must find a new operative not yet recognized by the enemy. Cooper (McCarthy) steps forward to avenge Fine’s death, although other CIA agents are insulted and doubtful of the choice.

The story continues as Cooper is given outlandish disguises and sent to Europe to connect with arms dealers to find the nuke. She is introduced to one laugh out loud comedic character after another in her attempts to disarm the enemy (much like Frank Capra’s fine attention to supporting characters in his films). However McCarthy, who is so relatable in her Midwest character, steals the show with hilarity. Feig and McCarthy have hit a homerun in “Spy”, although I will warn audiences the F bomb is dropped far too many times (and I mean every other sentence near the ending of the film) for younger viewers and derides a lot of the wit unnecessarily (surprising since the Paul Feig I know never used profanity). However, with that warning, if you’re in the mood for a fun and silly comedy with a brilliant cast, it doesn’t get much better than this!

Government Is A Dirty Word