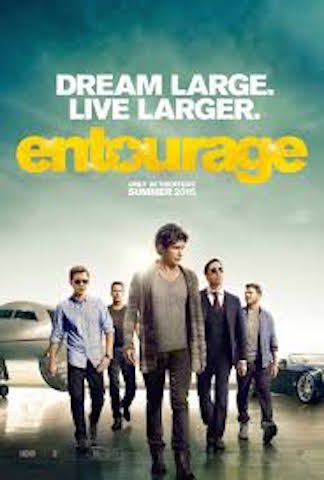 For those of you, who never watched the HBO show Entourage, don’t even attempt to see this film because you will be completely lost. Everything relates to a back-story from the series and if you never saw it, forget it. For those of you who did watch this show for the eight years that it was on, don’t waste your time or money on this film because it does not live up to the hype.

Entourage was one of those shows that pushed the envelope and depended on an audience that loved “sex, drugs and Hollywood drama”. In fact, one of the characters is actually named “Drama”. The show debuted in 2004 and was loosely based on Mark Wahlberg’s experiences as an actor in Hollywood. The plot revolves around him, his group of friends and his pit-bull of an agent, Ari Gold.

Doug Ellin is the creator of the show and he also wrote and directed the current Entourage film. At the end of its successful run in 2011, Ellin wrote a script for a film version of the show which would pick up six months after the final episode, but the project hit some snags and didn’t make it to the screen until now. They should have left well enough alone.

Everything you have heard or know about the seedy side of Hollywood is in this film. Even though they call this a comedy-drama and try to make fun of themselves through some over the top humor, the reality of whom and what Hollywood really is comes pathetically through.

From the very first frame of this film to the end, the audience is bombarded with the F-word, gratuitous sex scenes and self-absorbed Hollywood types. The women in this film should all be embarrassed because they are all reduced to nothing more than sex objects writhing and strutting topless or completely nude, or being made to look clueless and stupid. At all times the men are arrogant and condescending toward women. Even the so-called “good guy”, Eric (or “E”) played by Kevin Connelly is guilty of using women.

Ari Gold, played by Jeremy Piven, is exactly who you would expect him to be, and to his credit he plays the role of an arrogant, soulless, heartless studio executive to the hilt. Billy Bob Thornton and Haley Joel Osment (from “The Sixth Sense”) are always adequate in their roles, but this really won’t add to their resumes.

The best part of the whole film is the appearance of stars in cameo roles. All throughout the film you catch one liners by Kelsey Grammer, Liam Neeson, Jessica Alba and even Warren Buffet; at least that adds a little levity to the film.

All in all, you would think that with all the time they had to develop a storyline for this long anticipated film they would have come up with something that has a better story or wait…even a story! The final result of this film was a mish-mash of nothing more than former episodes thrown together with no redeeming qualities.

Don’t bother with this one because the only thing you will want to do if you do see it is to take a shower.

In It To Win It: Carly Fiorina Campaign Ad GOES AFTER HILLARY