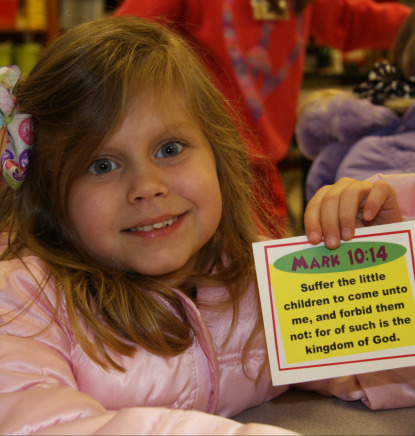 Journalist Kathleen Stewart is raising the alarm on a Christian club called Child Evangelism Fellowship. If you have never heard of this club, you may have heard of the Christian clubs it has launched across the country in public schools called The Good News Club.

Stewart authored a book titled, “The Good News Club: The Christian Right’s Stealth Assault on America’s Children.” Parents became alarmed at the possible presence of The Good News Club in their local schools and staged a protest in downtown Portland, Oregon last year. They cited Stewart’s book as the reason for their protest.

The Good News Club has been controversial across the nation, but Portland may be the first city to organize on such a large scale against the group.

The Good News Club’s curriculum includes teaching children that every person is a sinner. In the eyes of many Christians, “sin” is any failure to meet God’s standards. The Bible states, for example, that “all have sinned.”

“We believe that these doctrines are harmful to 5-year-old children,” Robert Aughenbaugh, a  a co-founder of Protect Portland Children, said last July. “They teach fear. They teach shame.”

Talk about cherry picking an issue that is taught in the Club. I’m positive that the Club also teaches the other side of that issue. After all, “The Good News,” (or another word for it; the Gospel), is to spread the news that Jesus died for us while we were still sinners! The Good News by far outweighs the “insult” of being called a sinner.

Before anyone gets on their “separation of church and state” argument, according to The Good News Club’s website:

In 2001 the U.S. Supreme Court ruled in Good News Clubs v. Milford Central School that Good News Clubs can meet in public schools in the United States after school hours on the same terms as other community groups. Children attend Good News Club only with their parents’ permission.

In my town schools offer children access to the Good News Club through permission slips given to their parents. The parents then decide if their child is allowed to get on a bus and travel to the Good News Club’s meeting and then ride the bus back to school. The Club doesn’t even take place in the school building.

Aughenbaugh would like to usurp parental rights by saying that he and his organization are better equipped to parent your child and decide whether or not he or she should be introduced to the Gospel.

As for the author, Katherine Stewart, she will be in Portland this week stoking the flames of hatred and prejudice against Christianity with a speech entitled, “How Religious Fundamentalism Threatens Oregon’s Public Schools.”

I would like to see Stewart direct her attention to the lessons regarding the 5 Pillars of Islam being taught in schools across the nation. Or maybe the LGBTQ clubs present in schools. How about the atheist clubs? It’s only fair, right?

Ironically, the speech will be given at a Unitarian Church. Oh wait…

Pastor Ron E. Thompson: We Have This Moment Today

Pastor Ron E. Thompson: We Have This Moment Today

The Marketing of Evil & How We Buy It by the Boatload

Pastor Ron Thompson: A Biblical View of Heaven, Part 2 of 3 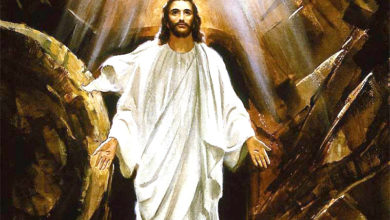