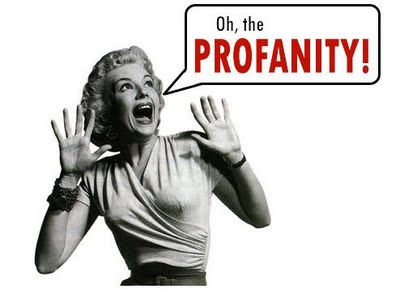 My father taught me at a very young age that government is a dirty word and the older I get, the more I see the validity of his statement. When a dirty word is overexposed it becomes  vulgar and void and is due no respect, just like our government.

As the federal government flexes its ugly muscles, guess what they are wasting our American tax dollars on now? (If you are sensitive to explicit sexual language cover your eyes now.)

Under the guise of a sociology study to benefit all, the National Institutes of Health is examining the sexual behavior of young homosexual black men. More specifically, they are researching the satisfaction levels of first time penetration of black adolescent men.

The study is being conducted by Johns Hopkins University’s School of Medicine, led by Dr. Renata Arrington-Sanders. The doctor says she wants to become a “rigorous behavioral scientist” and has a need to understand if having same sex penetration early in life impacts a greater risk for AIDS. Arrington-Sanders says,

“The goal of this project is to understand the meaning and function of first same-sex sexual experience and to prospectively be able to assess its impact on subsequent sexual experiences, young adult sexual health and health protective behaviors.”

Does anyone really need to study this? The doctor does not establish whether she is more curious of the penetrated partner or the one doing the penetrating. I will go out on a limb and say yes, Dr. Arrington-Sanders, being promiscuous at a young age will increase the chance of getting sexually transmitted disease. It does not take a rocket scientist or a Johns Hopkins scientist to acknowledge abstinence, no matter how old-fashioned or conservative or unpopular it may be, would also greatly reduce the amount of sexually transmitted disease and curtail early unwanted pregnancy and abortion.

And this advice sees no racial lines it would go across the board.

The JH scientist continues babbling more nonsense by saying, “The lack of representativeness of AA adolescent males in studies focused on early same-sex sexual relationships contrasted with high rates of HIV in AA adolescent MSM suggests that this project fulfills a need to understand whether these early same-sex sexual experiences impact risk for HIV. Arrington-Sanders research focuses on ‘improving the sexual health of African American adolescent men who have sex with men and also HIV prevention community-based efforts and linking HIV-infected adolescents to care.'”

Dr. Arrington-Sanders also feels that this study and the report to follow will help people fight against “homonegativety” and to learn about Penetrative Same-Sex Sexual (PSSE) experience. I have a news flash for the good doctor and so many of her colleagues:  She is wrong and inappropriate. It will never be the federal government’s responsibility to study about a fictional condition like homonegativeaty. And when it comes to having the sex talk with the youth of this country, I defer to the parents, and their own discretion. Even though public school systems already incorporate sex education does not mean it is right. The topic of sex will always be a private subject, whether liberals/progressives acknowledge it or not.

Also, I would like to ask her, what is an adolescent man? This is a virtual impossibility. Either she is testing subjects that are over 18 years of age and legal adults, or not. If her subjects are under age they are adolescents.  Boys are not to be having sex. I would venture to say that a lack of adolescent males’ for her to study is a good thing. And after she does interview her subjects, make sure the police are standing close by so the “adolescent men” can report their sexual violation to the authorities. And where is the local department for children and families? They should most definitely be brought in where there is rape of an adolescent.

The justification for this grant is to study trajectories that will predict future intimate relationships and sexual behavior among black males. These models of behavior are intended to help lower HIV cases and provide greater over all sexual relationships. This is the age of bigotry and I am sure if they were studying all white men someone black would cry foul. And for sure when discussing the rape of an adolescent, the last thing on my mind would be the victim’s satisfaction level or the color of their skin.

A writer at the Political Outcast is right on the mark saying about the study:

And in the realm of money, why in the world would it cost over $400,000+ to ask questions and input the answers into a computer base and print it out? Congress holds the purse strings and they should be ashamed of themselves for signing off on this. In the meantime I suggest some forensic accounting to account for all of this money and to put a stop on the funds for this preposterous waste of money.

Liberals will never comprehend decency and appropriateness. We do not need or want bleeding hearts to squander money on ridiculous hogwash like this study. There is no logic or reasoning associated with this study on any level. It is simply an obnoxious use of governmental time and money. $400 thousand is a lot of dough and could feed a great amount of people, or provide medicine for the down trodden, or shelter many homeless and needy animals.

Freedom comes with great responsibility and when we elect members of Congress we expect them to be extremely responsible. The entire reason for crossing the big pond was to get away from the Monarchy. Our freedom is being trampled when the government rapes our paychecks to waste our hard earned money on such nonsense like this Johns Hopkins study.   This study also validates why I refer to all liberals as “idiots”. They are guilty by association until they prove to me otherwise.

By the way, kudos to Vice President Cheney because he knows exactly when, where, and how to use a dirty word. Just ask Senator Patrick Leahy.

A Day (or a Least a Few Grueling Hours) Without Electricity