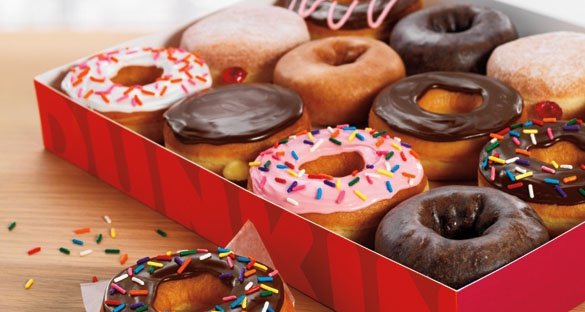 Recently, a Dunkin’ Donuts in Johnson City, Tenn. has come under fire for their business practices. According to one former employee, the store manager, Marlene Bennett, would illegally cut hours from an employee’s paycheck to keep from having to pay the employee overtime, although they already worked those hours.

Bennett allegedly kept employees from taking a 30-minute meal period, which is required by Tenn. labor laws. Former employees said if Bennett allowed employees to take a meal break, it was usually employees who were minors.

“If she gave any of us a lunch break, it was for those who are under 18 but even then, those breaks only lasted 10 to 15 minutes,” one employee said.

Employees also allege Bennett refused to give employees a rest period, which isn’t required by Tenn. labor laws, but is considered common practice in the industry.

“When we told the District Manager, Mary Vaughn, about not getting breaks, Marlene [Bennett] punished everyone,” the former employee said. “She said we were no longer allowed to have food or drinks in the store and if we had to use the bathroom, we couldn’t go unless we asked for permission.”

If Bennett was out of the store, employees were instructed to ask the store’s Assistant Manager for permission to use the bathroom.

When asked about the situation, Dunkin’ Donuts Corporate provided PolitiChicks with the following statement:

“Dunkin’ Donuts restaurants are independently owned and operated by individual franchisees who are solely responsible for making their own business decisions, including employment decisions such as schedules, wages and benefits they offer their employees. Franchisees are required to comply with all applicable state, federal and local laws, including but not limited to wage, hour, and rest and meal break laws.”

PolitiChicks asked Dunkin’ Donuts if they had any internal procedures/disciplinary action for franchisees who break state, federal or local laws or if that was left to government agencies, like OSHA, to deal with. We received the following response:

“While I’m unable to detail our internal procedures, Dunkin’ Donuts has reached out to the franchisee regarding the allegations so they can look into the matter and take any action they deem necessary,” said Justin Drake, Senior Manager of Public Relations for Dunkin’ Brands Groups, Inc.

PolitiChicks was unable to reach Ms. Bennett for comment.

Bogus Story of the Week: Use Caution When Reading the Following "News" Websites