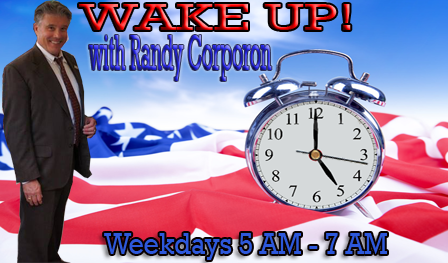 Three prominent talk radio hosts have submitted their resignation to KLZ in Denver for what they allege as censorship of their coverage of the GOP sex scandal rocking Colorado politics. Kris Cook, Ken Clark, and Randy Corporon—billed as Colorado’s “liberty line-up”—resigned in protest.

The KLZ hosts were ordered via email by new station manager Don Crawford, Jr. that Republican Party Chair Steve House and former US Congressman Tom Tancredo could no longer be guests on their shows. House is the star of the Colorado GOP scandal in which he alleged three high profile Republicans—one of them being Tancredo—of blackmail over false allegations of infidelity. However, one woman has already stepped forward admitting to an affair.

Corporon allowed Tancredo to call into the show in defiance of the directive. A few minutes into Tancredo’s call, the show was abruptly cut off air.

The Crawford Broadcasting Web site states, “Our company provides the very best in Christian and secular programming which is strongly local, relevant, and current.”

Here is the press release in full:

Protesting for journalistic integrity and control of the content of their shows, the three “Liberty Lineup” talk show hosts on local station KLZ 560 AM have resigned their positions behind the microphone.

Randy Corporon (host of “Wake Up! With Randy Corporon”), Ken Clark (“Freedom 560”) and Kris Cook (“Grassroots Radio Colorado”) submitted their letters of resignation to KLZ’s parent company, Crawford Broadcasting, Corporon’s on Thursday, June 18, and Clark and Cook on June 22, giving their 30 days’ notice. “This is a united protest by the three of us against interference with our shows,” the three said in a joint statement issued today.

On Thursday, the new station manager, Don Crawford, Jr., issued an order that two of the primary players in the current Colorado Republican controversy, former Congressman Tom Tancredo and Colorado Republican Party Chairman Steve House, could not be guests on any of the shows. Crawford stated in an email that this ban would continue until “I can better understand what’s happening and why; meaning the truth.”

This morning, in defiance of the censorship order, Corporon accepted a call with Tancredo near the end of his show. The live broadcast was halted by Crawford, and Corporon did not reappear on the air. Clark and Cook were both subsequently notified that they had also broadcast their last shows and that they would not be returning to the air.