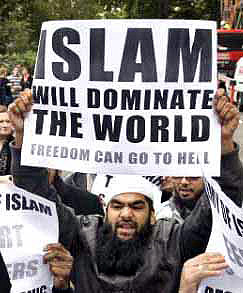 So far 75% of planes flown on combat missions against ISIS return without engaging the enemy, but the culturally sensitive State Department Twitter account has racked up over 5,000 tweets and zero kills.

Cultural sensitivity hasn’t exactly set Iraq on fire in fighting ISIS and deradicalization programs here start from the false premise that there is a wide gap between a moderate and extremist Islam. Smiling news anchors daily recite new stories about a teenager from Kentucky, Boston or Manchester getting “radicalized” and joining ISIS to the bafflement of his parents, mosque and community.

And who is to blame for all this mysterious radicalization? It’s not the parents. It certainly can’t be the moderate local mosque with its stock of Jihadist CDs and DVDs being dispensed from under the table.

The attorney for the family of Usaama Rahim, the Muslim terrorist who plotted to behead Pamela Geller, claims that his radicalization came as a “complete shock” to them.

It must have come as a truly great shock to his brother Imam Ibrahim Rahim who claimed that his brother was shot in the back and that the Garland cartoon attack had been staged by the government.

It must have come as an even bigger shock to Imam Abdullah Faaruuq, the Imam linked to Usaama Rahim and his fellow terrorist conspirators, as well as the Tsarnaev brothers, who had urged Muslims to “grab onto the gun and the sword.” The culturally insensitive truth about Islamic ‘radicalization’ is that it is incremental.

There is no peaceful Islam. Instead of two sharply divided groups, peaceful Islam and extremist Islam, there is a spectrum of acceptable terrorism.

Muslim institutions have different places on that spectrum depending on their allegiances and tactics, but the process of radicalization is rarely a sharp break from the past for any except converts to Islam.

The latest tragic victim of radicalization is Munther Omar Saleh; a Muslim man living in New York City who allegedly plotted to use a Tsarnaev-style pressure cooker bomb in a major landmark such as the Statue of Liberty or the Empire State Building. Saleh claimed to be following orders from ISIS.

Media coverage of the Saleh arrest drags out the old clichés about how unexpected this sudden radicalization was, but what appears to be his father’s social media account shows support for Hamas.

Likewise one of Usaama Rahim’s fellow mosque attendees said that Rahim and another conspirator had initially followed the “teachings of the Muslim Brotherhood” but that he had been forced to cut ties with them when they moved past the Brotherhood and became “extreme”. 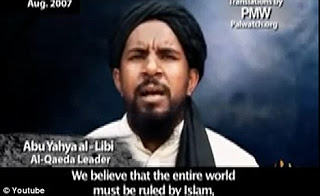 Despite the media’s insistence on describing the Muslim Brotherhood as a moderate organization, it has multiple terrorist arms, including Hamas, and its views on non-Muslims run the gamut from the violent to the genocidal.

A year after Obama’s Cairo speech and his outreach to the Muslim Brotherhood, its Supreme Guide announced that the United States will soon be destroyed, urged violent terrorist attacks against the United States and “raising a jihadi generation that pursues death just as the enemies pursue life.”

Despite this, Obama continued backing the Muslim Brotherhood’s rise to power across the region.

And since the Brotherhood controls much of the Islamic infrastructure in the United States, the idea that Munther Omar Saleh or Usaama Rahim became radicalized because they went from a Jihadist group that takes the long view in the struggle against the infidel, putting political structures into place to make a violent struggle tactically feasible, to a Jihadist group that focuses more on short term violence, is silly.

It’s the Pakistani kid down the block deciding that instead of joining the Muslim Students Association and then CAIR to build Islamist political structures in America, he should just cut to the chase and kill a few cops to begin taking over America now. Radicalization is the moderate Imam who stops putting on an act for PBS and the local politicians and moves to Yemen where he openly recruits terrorists to attack America instead of doing it covertly at his mosque in Virginia.

Radicalization is the teenage Muslim girl who forgets about marrying her Egyptian third cousin and bringing him and his fifty relatives to America and goes to join ISIS as a Caliphate brood mare instead.

It’s not pacifism giving way to violence. Instead it’s an impatient shift from tactical actions meant to eventually make Islam supreme in America over many generations to immediate bloody gratification. ISIS is promising the apocalypse now. No more waiting. No more lying. You can have it tomorrow.

Radicalization does not go from zero to sixty. It speeds up from sixty to seventy-five.

It builds on elements that are already there in the mosque and the household. The term “extremism” implicitly admits that what we are talking about is not a complete transformation, but the logical extension of existing Islamic beliefs.

Omar Saleh seemed cheerful enough about Hamas dropping Kassam rockets on Israeli towns and cities. Would he have supported his son setting off a bomb in the Statue of Liberty? Who knows, but his son was already starting from a family position that Muslim terrorism against non-Muslims was acceptable.

Everything else is the fine print.

When Usaama Rahim followed the way of the Muslim Brotherhood, he was with a moderate group whose spiritual guide, the genocidal Qaradawi was the godfather of cartoon outrage and had endorsed the murderous Iranian fatwa against Salman Rushdie.

The slope that leads from Qaradawi’s cartoon rage to trying to behead Pamela Geller isn’t a slippery one; it’s a vertical waterfall. And this is what radicalization really looks like. It doesn’t mean moderates turning extreme. It means extremists becoming more extreme. And there’s always room for extremists to become more extreme which turns old extremists into moderates while mainstreaming their beliefs. 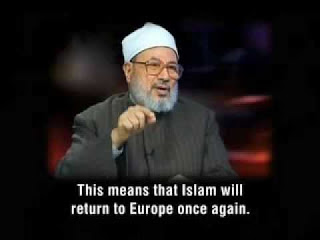 In the UK, Baroness Warsi, Cameron’s biggest mistake, blamed Muslim radicalization on the government’s refusal to engage with… radicals. Or as she put it, “It is incredibly odd and incredibly worrying that over time more and more individuals, more and more organisations are considered by the government to be beyond the pale and therefore not to be engaged with.”

The reason why the government is refusing to “engage” with these organizations is that they support terrorism in one form or another. Warsi is proposing that the UK fight radicalization by mainstreaming it.

Mainstreaming extremism is also Obama’s policy. It’s the logic behind nearly every Western diplomatic move in the Middle East from the Israel-PLO peace process to the Brotherhood’s Arab Spring. And these disasters only created more Islamic terrorism.

The Muslim teenagers headed to join ISIS did not come out of a vacuum. They came from mosques and families that normalized some degree of Islamic Supremacism and viewed some Muslim terrorists as heroes and role models. It’s time for Western governments to admit that the ISIS Jihadist is more the product of his parents and his teachers than of social media Jihadis on YouTube and Twitter.

Radicalization doesn’t begin with a sheikh on social media. It begins at home. It begins in the mosque. It just ends with ISIS.

Same-Sex Ruling: Did “Love Win” or Did God Lose?