When Al Jazeera America was announced, the Qatari propaganda network was riding high. Once known as a dump for Al Qaeda videos, the Arab Spring had allowed the House of Thani to project its power across the region, toppling governments and replacing them with its Muslim Brotherhood allies. 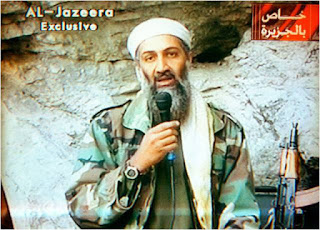 Qatar had been notorious for its ties to Al Qaeda, but those connections had done little for the oil-rich oligarchy. The Muslim Brotherhood however handed Egypt over to Qatar. And Al Jazeera’s propaganda had been widely credited with supplying the images and messaging that made it happen.

Qatar’s key Arab Spring asset however had been in the White House. Mubarak would not have fallen if he had retained the support of the President of the United States. Nor would Gaddafi have been toppled or Assad have come under so much pressure without US military intervention or the expectation of it.

Al Jazeera America was going to be the final building block allowing the House of Thani to brainwash millions of Americans and influence foreign policy directly at the source. It was a grandiose dream for a tyranny that was increasingly living beyond its means while playing a dangerous game of empires.

Qatar had become the dominant voice on the Middle East in Washington D.C. The takeover of Gore’s left-wing Current TV would enable the totalitarian regime to launch a news network that would build on its existing relationship with the American left which saw the mainstream media as not biased enough.

How hard could launching a successful news network be?

Al Jazeera might have been riding high in the early days of 2013, but its comeuppance was already on the way. A few weeks after its announcement, the protests against its man Morsi began to take off. By the time AJA launched, Morsi had already been toppled and Al Jazeera propagandists would find themselves behind bars for their part in Qatar’s Brotherhood coup against the Egyptian government. While Al Jazeera portrayed them as journalistic martyrs, one of the most notable arrestees, Mohamed Fahmy, sued Al Jazeera for endangering him by acting as “an arm of Qatar’s foreign policy” that “was not only biased towards the Muslim Brotherhood — they were sponsors of the Muslim Brotherhood.”

These were all obvious facts that were being ignored by the mainstream media which dismissed Al Jazeera’s critics as ignorant Islamopohobes. But even as its Muslim Brotherhood allies were losing in Egypt, Tunisia, Yemen and Syria, Al Jazeera America would come under fire from its liberal media pals.

Al Jazeera America had made the media an offer it couldn’t resist. The leftists who flocked there had anticipated employment at a vanity network subsidized by the House of Thani that would let them do unfiltered left-wing advocacy without caring if they ever got any viewers or made any money.

It was enough that Al Jazeera appeared to share their hostility to America and Israel.

Their journalistic instincts did not lead them to ask why a foreign government would be interested in funding their journalistic fantasies or how Muslim tribal leaders could be considered progressive.

Or how they could manage to run a modern news network.

Al Jazeera America had been a disaster from the start. Its $500 million buy of Al Gore’s Current TV had been expensive but considered worth the price to get access to a huge number of cable households through Gore’s sweetheart deals with big cable companies. But the cable companies knew the difference between Al Gore and Al Jazeera and they wanted that oil money Qatar was throwing around.

So did Al Gore. 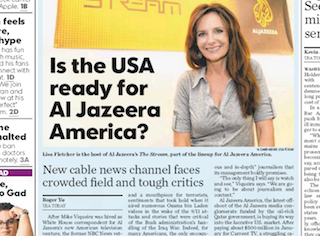 Gore had initially protected Al Jazeera by accusing cable companies who wanted to drop it of Islamophobia, but then turned around and sued Al Jazeera when it backstabbed him by using millions of dollars of his money in a slush fund to pay cable channels for airing its propaganda.

The House of Thani was forced to dig deeper to get Al Jazeera America into as many homes as possible, but it still wasn’t getting any actual viewers. Its average daily ratings of 13,000 viewers were less than half the already miniscule 31,000 viewers of Gore’s failed Current TV project.

Qatar had paid $25,000 per viewer and with some nights registering a zero in the demo, recouping that money through advertising was not a realistic business plan.

And then things got even worse.

Al Jazeera America’s biggest hit was “Real Money with Ali Velshi” with 54,000 viewers. Those were the kinds of ratings usually associated with cable hits like the deceased FOX Soccer Channel, but that was as good as it got for Qatar’s $500 million investment. And like all good things at Al Jazeera, it wouldn’t last.

Al Jazeera wasn’t just owned by a bigoted inbred dictatorship where everything works through nepotism; it was also run that way. Ehab Al Shihabi, its CEO, went to war with Velshi just before his own firing after the media began widely reporting on just how badly Al Jazeera America was being run.

Ehab Al Shihabi had not just burned through billions of dollars on a failed project; he had also burned through the mainstream media professionals hired to give the Qatari propaganda news network a friendly American face. Al Jazeera America had brought over CBS’s Marcy McGinnis to serve as Senior Vice President of Newsgathering, but she resigned blaming Al Shihabi. Her departure was part of a pattern of senior female personnel leaving or being forced out at the Muslim news network. Joining her was Executive Vice President of Human Resources Diane Lee and Public Relations Senior Vice President Dawn Bridges.

Al Jazeera America’s leadership had been built around Muslim men and Western women. The Western women were experienced news veterans while the Muslim men often had no real qualifications for the job. Behind the press releases, Al Jazeera America was run much like Qatar or Saudi Arabia where native Muslim nepotism hires bully and humiliate the imported Western executives who do the real work.

But Al Jazeera America was not operating in Qatar and it needed to draw on a talent pool from two groups that its bosses harbored a pathological hatred for; women and Jews.

The crisis at Al Jazeera America first went public when mainstream media outlets began reporting on a lawsuit by employee Matthew Luke which claimed that Osman Mahmud, the Senior Vice President of Broadcast Operations and Technology, had engaged in sexist and anti-Semitic behavior.

Mahmud had reportedly stated, “Whoever supports Israel should die a fiery death in hell.” Further emphasizing the links between Al Jazeera and the Muslim Brotherhood, he had also ranted that, “The enemies of Muslims in Egypt, their puppets and blind supporters are due to face death in the hospitals and streets of Egypt.”

Since then the news network has been in free fall, battling lawsuits and bad publicity. It’s a failure that has been building for a while, but it took Qatar’s abuse of fellow news organization friends and colleagues for the mainstream media to begin legitimately reporting on it.

Qatar’s old wall of silence has come down. From its FIFA corruption to the mass death of guest workers, some of its dirty laundry is finally being aired. The media is still reluctant to talk about its role in the Arab Spring or the Qatari weapons smuggling operations in Libya and Syria conducted with Obama’s complicity. Those are areas where their own progressive project too closely intersects the Islamist one. 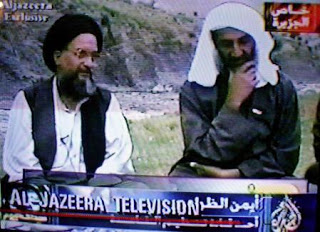 The media was burned by Al Jazeera, but that doesn’t mean that the leftist-Islamist alliance is dead.

Al Jazeera America however is a monumental disaster that cost billions of dollars while doing very little. The news network was doomed from the start. Cable news is a slowly dying industry that is being killed by the internet. Spending a fortune to launch a new cable news network that no one wanted was a stupid act of arrogance that only a backward Islamic tyranny or Al Gore would be capable of.

But it was a testament to Qatar’s hubris that its rulers were convinced that they could draw large American audiences in a country where its brand is mainly associated with Osama bin Laden videos. It was this same hubris that led Qatar to overextend its support for the Muslim Brotherhood leaving it isolated and hated by its own neighbors.

The Muslim Brotherhood and Al Jazeera America were undone by their own hubris. There’s a lesson there, but Qatar’s arrogant rulers aren’t likely to learn it.

(EXCLUSIVE) Under the Covers With the Colorado GOP: “Other Woman” Tells All