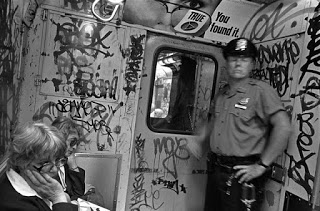 But no one can argue over whether pro-crime policies work.

108 people were shot in New York, Baltimore and Chicago over the weekend. Many of the casualties were saved from that terrible “school-to-prison pipeline” that bedevils promising young crack dealers and instead went straight to the morgue.

56 people were shot in Chicago including a 4-year-old girl. That’s quite a step up from last year in which only 17 people were shot. It might actually be the most violent Chicago weekend in a while.

And that’s saying something.

Baltimore has just racked up its deadliest month since 1999. The fascist pigs no longer go down to the ghetto to hassle misunderstood youth who are just protesting police brutality by shooting each other. When they do, they’re confronted by angry mobs brandishing ObamaPhones set to record outrageous police misconduct such as arresting career criminals and drug dealers like Freddie Gray.

The Baltimore cops got Obama’s message loud and clear. So did the gangs.

35 people were killed in Baltimore in May. And the month isn’t even over yet. The last time things were this bad, Bill Clinton was in the White House pleading with Saddam to let the inspectors back in.

This weekend, dozens of people were shot and nine were killed as gangs took advantage of the “Space to Destroy” provided to them by Mayor Stephanie Rawlings-Blake. Among those shot by They-Whom-We-Dare-Not-Name-Thugs was a 9-year-old boy. According to her spokesman, Rawlings-Blake is “disheartened and frustrated” by the violence. Just not enough to let the police do their jobs.

And the cops have given the pro-crime politicians what they want. Arrests have dropped in May from 1,500 to under 1,000. There’s no more of that “broken windows policing”. No more hassling drug dealers. The Freddie Grays of Baltimore have all the space to destroy that they could possibly want.

The worst of the violence is happening in the area where Freddie Gray died. Black people are dying for Freddie Gray. It’s not clear how many more 9-year-old boys will have to be shot in his name.

Maybe someone should ask a #BlackLivesMatter hipster before he swaps out his Freddie Gray t-shirt for a shirt with the soulful artistic rendering of the next martyred drug dealer of the week.

Councilman Bill Henry, who called the riots “uprisings”, insists that the answer is even less police. On CNN, he had claimed that “we’re not going to police our way out of where we are.” In response to the latest shootings, Henry argued, “We shouldn’t be paying for the police to drive by every half an hour.”

Some residents however disagree.

A 67-year-old woman who described the “boom-boom-boom” sounds of a man being killed outside her house complained about drug gangs taking over the block. “I don’t see the police in this neighborhood. They don’t come here. It’s rare to even see them ride through,” she said.

Apparently she does believe that Baltimore can police its way out of drug dealers shooting each other. 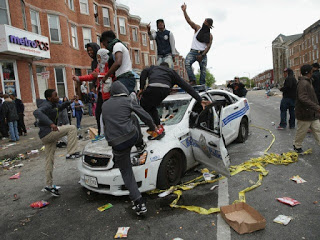 Entire countries have recovered from major wars since 1968. Not Baltimore.

But it’s easier to recover from mass destruction than from policies that reward crooks and deadbeats while punishing taxpayers and homeowners.

And not just in Baltimore.

Murders are up 60% in Bill de Blasio’s New York City. 23 people were shot in 16 shooting incidents over the weekend. The complaints by local residents are the same. Where are all the cops at?

“I don’t feel safe at all,” Shantel Truluck said. “Once its dark we — me, my husband and my kids — we don’t go outside. There are just not enough cops.”

Bill de Blasio embraced pro-crime policies which not only led to the murder of police officers by a #BlackLivesMatter protester, but the killing of black people by other black people.

These days you’re 45% more likely to be murdered in Manhattan and Central Park is reverting back to a playground for muggers with a 125% increase in robberies. While Bill de Blasio has failed to get the horses out of Central Park, he brought in his voting base of violent criminals to get the people out.

If you go to Radio City Music Hall, remember that shooting incidents in the area have increased by almost 50% and murders have gone up 28%.

Don’t take the bus. Murders in the area of Grand Central are up 75%.

Bill de Blasio calls this “fearmongering”. People who can add two and two together call it math. The combination of statistics and a public tired of being perpetually victimized by liberalism’s pet welfare class which would rather steal than work put a bullet in the head of pro-crime policies in the 90s. Now an alliance between a new generation of college activists and fringe libertarians is bringing them back.

And the results are as predictable as that of any other failed leftist social experiment.

While Bill de Blasio trots out his Progressive Contract with America as a platform for a possible presidential run, the bodies are piling up in the city’s tourist districts. The city’s finances are fueled by a real estate bubble and tourism that allowed it to go deep into debt on social services spending.

Bill de Blasio wants the social services spending without the public safety and the money. And that’s a ticket to Baltimore and Detroit. 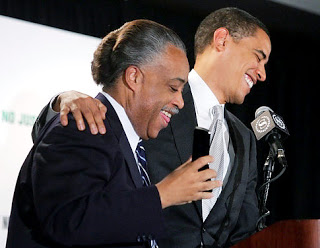 By then New York City’s Bill de Blasio may join former Baltimore’s Martin O’Malley in a race to succeed Chicago’s own Barack Obama in implementing the progressive disaster nationwide.

The winner will get to watch the country burn.

A generation after the policies of the left decisively went down in flames from Moscow to New York, radical progressives insist on digging them up and trying them all over again. The shuttered stores, loss of hope and dead bodies show how well their policies are working.

There’s room for debating how well anti-crime policies work, but there’s no doubt that pro-crime policies deliver swift and efficient results. Just take a walk in Freddie Gray’s old neighborhood. And try not to get shot.

The Abortion Fight: From America to the World