It’s fashionable for the media to mock the “clown car” of the Republican presidential primary field. 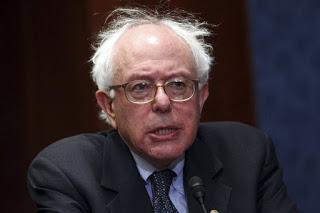 And it’s true that the Republican Party is burdened with a surplus of overqualified candidates with name recognition; successful governors, smart young senators and even a celebrated surgeon and CEO.

Competing against her is Senator Bernie Sanders who is currently discussing 90 percent tax rates and why he believes women want to be raped. His winning campaign slogan is “You don’t necessarily need a choice of 23 underarm spray deodorants when children are hungry in this country.”

You also don’t need a choice of 23 highly qualified conservative free market candidates when you can choose between Hillary Clinton and a senile Socialist from Vermont visiting late night talk shows to discuss his rape fantasies. Either Hillary Clinton will take all your money or Bernie Sanders will take all your money and then take away your underarm spray deodorants for the sake of all the hungry children.

And you’re lucky if that’s all he does.

The Republican primary field may be laissez faire overcrowded, but the Democratic primary field celebrates a centrally planned economy in which there is only one mandated winner; Hillary.

The Democratic Party is like shopping at a Soviet supermarket. There isn’t anything to buy and what little there is, is so terrible that you would rather go hungry than take it home.

If a creepy old Socialist and the Clinton Crime Family don’t suit you, what about a former mayor of Baltimore? Martin O’Malley is polling badly in his own state and his biggest career accomplishment was cleaning up Baltimore. Since Baltimore is now run by roving street gangs killing each other on alternate blocks, that’s not the best possible resume for a presidential candidate. Unfortunately the only other thing that O’Malley is famous for is taxing the rain as governor.

He can either run as the former mayor of the city that the country is watching tear itself apart on television or he can run as the tax-happy politician who will tax even more things than Bernie Sanders. Voters can choose between a wealthy Socialist whose net worth is ten times that of the ordinary American, but thinks ordinary people are too rich because they can afford underarm deodorant.

Or they can cast their vote for a man who will tax water falling from the sky.

If you don’t like those choices, Lincoln Chafee, who has been a Republican, an Independent and now a Democrat, has entered the race with a vow to switch the country over to the metric system. 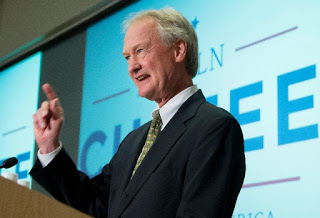 Chafee, inspired by his time in Canada, called for “a bold embrace of internationalism” by going metric. He also promised that the chaos, waste, expense and accidents involved in switching the country to a new measurement system would “help our economy”.

He also implied that it would atone for the Iraq War.

The ghost of Saddam Hussein still haunting his palaces would probably prefer a more devastating revenge, but his mustachioed spirit will have to settle for Chafee confusing shoppers in aisle 9.

If you still need a scorecard, Bernie Sanders will take away your underarm deodorant and possibly molest you. Martin O’Malley will tax any rain that falls on you and Lincoln Chafee will make shopping at the supermarket more expensive and confusing as an apology to the world for overthrowing Saddam.

Communist Yugoslavia had more inspiring elections. North Korea’s dictator hates ordinary people less than the 2016 Democrats running in a race to see which of them can deprive you of more things for the greater good. This isn’t a clown car. It’s a burning Yugo filled with the acid dreams of decaying leftists.

Hillary Clinton couldn’t have come up with a better argument for winning the Democratic primaries if she had handpicked each and every one of the three losers and lunatics running against her.

And it wouldn’t be too surprising if she had.

Every corrupt revelation about the Clinton Crime Family can be countered by pointing to the rest of the primary field. Hillary can just go on sitting out the primaries while Bernie Sanders unintentionally campaigns for her by explaining how he would like to rape the voters economically and physically.

Of course that’s not the picture on any television set tuned to the channels of the mainstream media.

There Bernie Sanders is a principled public servant who occasionally writes eccentric things about wanting to rape women and while his ideas about 90 percent tax rates may not be workable yet, they show how much integrity he has. Lincoln Chafee is yet another principled public servant even if, like Charlie Crist, he has trouble settling on a single set of principles. Martin O’Malley only taxed the rain because he cares about the environment and Hillary Clinton isn’t responsible for anything that her foundation or email server does. And even if she is, she isn’t because what difference does it make?

Meanwhile the Republican primary field of successful governors, doctors, CEOs and senators is a pack of laughable contemptible cretins who don’t deserve half the respect of Senator Rape, Governor Kilometer and Mayor Mob. Not to mention Secretary of State Benghazi.

The Republican field is not only more diverse with Ben Carson, an African-American neurosurgeon, Bobby Jindal, the Indian-American governor of Louisiana, and Carly Fiorina, the former CEO of HP, it’s unequivocally more serious. Its top candidates across the political spectrum are discussing serious issues and making important policy proposals. Its governors are reformers who tackled big problems in their states.

Meanwhile the Democrats have Hillary Clinton who spent her time as Secretary of State partying and doing favors for major donors while Americans died. They have Bernie Sanders who thinks that the problem is that Americans can afford different brands of deodorant while he wallows in his own Socialist stink. They almost have Elizabeth Warren, who lacks the courage to actually come out and run against Hillary, but whose supporters in the media keep trying to kneecap her like Tonya Harding’s boyfriend.

The media mocks the Republican presidential field as a clown car while the Democrat field is a bankrupt Socialist banana republic consisting of cranks, thieves, failures and lunatics. 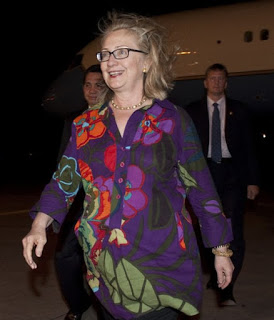 While the Republican field brings fresh ideas and personalities, the Democrats have dusted off a collection of unappealing politicians whom even their own voters can’t get enthusiastic about.

Hillary Clinton is the frontrunner despite polling underwater in likability. Even Marylanders don’t want Martin O’Malley to be president. And Bernie Sanders will be lucky to carry Vermont and Berkeley.

If I were a Democrat, I would be ashamed of belonging to a party incapable of fielding anything better than a bunch of crazy corrupt hacks who can’t even be bothered to come up with a credible platform that doesn’t involve the metric system or stealing all the deodorant.

Or in Hillary’s case, promising anything to anyone who will give her enough money. The Democratic Party has fielded the worst slate of presidential candidates in the country. Maybe even the world. Its only possible support comes from voters who hate America, rain, ounces and deodorant.

Sex, Lies, and the Colorado GOP