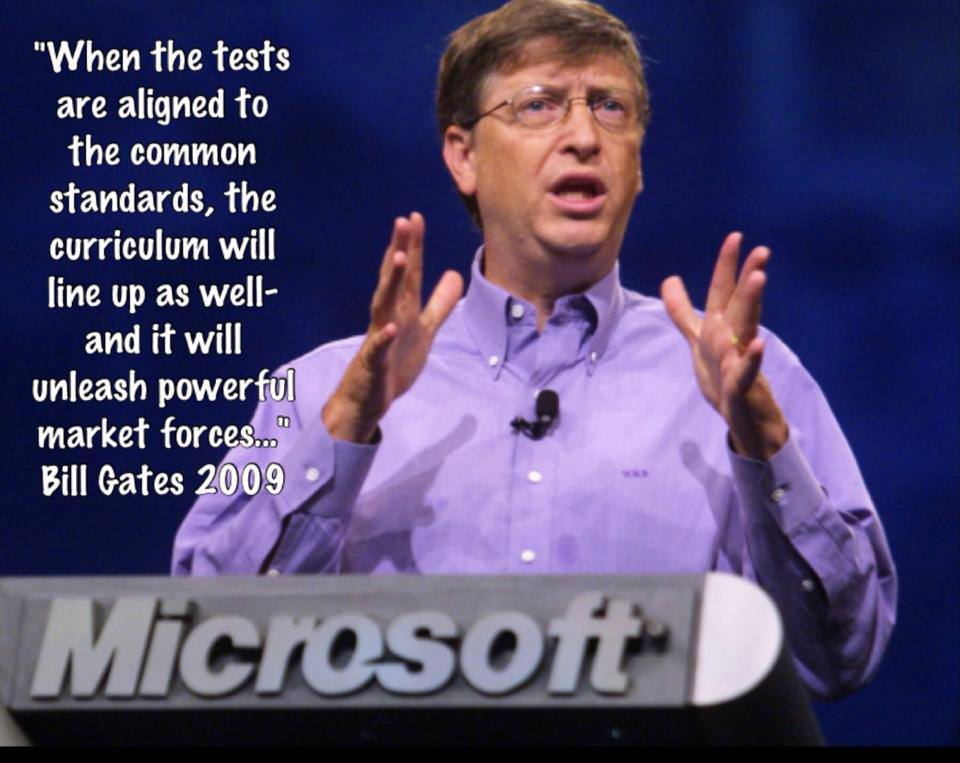 While grassroots movements are trying to get their Governors and State Legislatures to stop Common Core education in ALL the states, the bulldozer of Gates and our Federal Government are doing everything they can to push it through. The data collection on our children is a massive intrusion and is giving tyrants access to control every aspect of your child’s life, and thereby your own.

Please ask Congress to investigate this atrocity as so many parents have been waltzed down this path until many have abdicated their own responsibility for raising their children.

Gates has established organizations in every state to combat the grassroots, or the parents and teachers who are pushing back against his agenda. In the Oklahoma GOP platform, there is a plank that was added that we reject any intrusion into our government by his organization, Stand for Children (we appropriately renamed it “Stand ON Children”). Jeb Bush also established an education organization to help push Common Core, to woo State School officers, and get Republican Governors, funded largely by Bill Gates and hopefully this will cost him his future in politics. It is named the Foundation for Excellence in Education. There is nothing excellent about Common Core. If there were, they would offer it as an option and let teachers and parents at local levels choose it. No, it had to be snuck into law for the first time in our nation’s history and have a national system forced on us. Gates money can also be found in the PTA, the Superintendents’ Associations, School Board Associations, Chambers of Commerce and many other organizations. 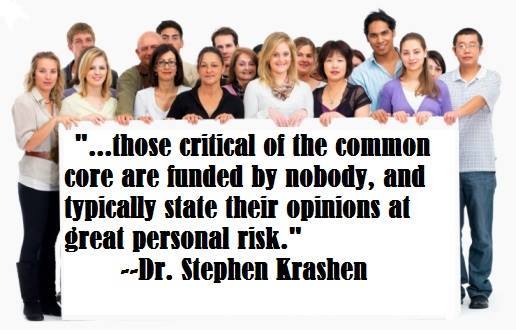 Keep in mind, these parents and teachers and grassroots activists are generally funded out of their combined grocery budgets, while the pro Common Core machine is funded by Bill Gates and other corporations billions along with our Federal tax dollars. I call this tyranny, and it is alive and well in our Federal and State Governments. It is time to start demanding our states to be transparent regarding the strings attached to the Federal money we take for education. It is time to cut the strings. Why do states send money to the Feds and then beg to get it back with strings attached? If we are getting more than we are sending in, then that money is borrowed from Communist China to be paid back with interest by future generations. All this under the guise “for the children.”

Emmett McGroarty pointed out this week in  Townhall.com that the “No Child Left Behind” horror is being refried and re-offered to American school children as a worse, sweatier mess of Gates-inspired, CEDS and Datapalooza -aligned Common Core cement, now being called “The Every Child Achieves Act” (ECAA).

Two of my favorite ed reform analysts, Diane Ravitch and Emmett McGroarty come from opposite sides of the political aisle, yet each has called on America to sit up, take notice, and take action against the Common Core movement.

Is Congress too busy, or too conflicted, to pay attention?