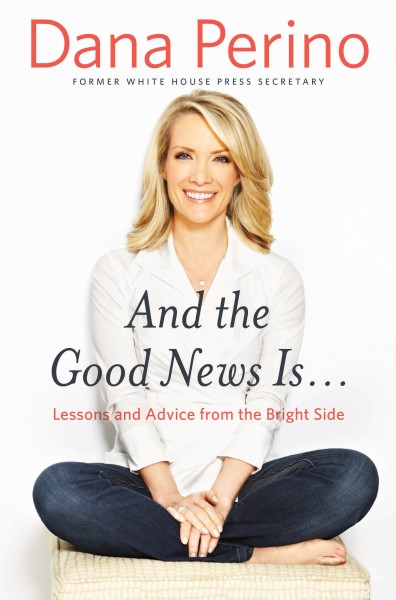 Recently, I decided to pick up Dana Perino’s new book, “And the Good News is…Lessons and Advice from the Bright Side”. The main reason I wanted to read the book was because I felt like I could relate to Perino’s career path. Even though she worked on Capitol Hill as a Press Secretary, I was able to relate to her work in communications/public relations. I wanted to see her perspective as the top (communications) dog in the White House and how similar/different her experience in PR has been to mine.

The most captivating element of Perino’s book is describing her relationship with President Bush. Throughout the book, Perino tells small stories that show the reader a different side of President Bush. Perino gives examples where her boss became like a second father to her. She also describes numerous occasions where President Bush did what was best for America and its allies, even when no one was watching and no cameras were snapping photos.

Along with her personal stories, Perino gives excellent advice to Millennials about their future career – and even the possibility of finding love. While she mentions the typical career advice (dressing professionally and networking), she also gives small tips that can make the difference between being an average candidate and the superior candidate when interviewing for a job:

“The same goes for emojis and emoticons – don’t send them to the boss. She doesn’t need to be prompted to be happy that her employee finished a project on time. Just finish the project and don’t ask for praise – that way you’re more likely to get it.”

She reminds us politicos that it’s okay to work in politics for a living, but we don’t have to do it socially. Not everything we say or do have to revolve around our politics:

“I have no idea of the political ideology of people I live around, because I don’t care what it is. I’m not a conservative evangelist that’s going to try to convince people on the merits of the Republican policy principles – I do that for a living, so I don’t need to do it socially.”

Dana Perino does an amazing job using her personal anecdotes to explain her successes, mistakes and what she’s learned to relate to her audience.

“And the Good News is…” is filled with grace, civility, wisdom and love. It really is a book for everyone of all ages.

I suggest that every Millennial, regardless of their political affiliation, read this book. It will give you great career tips and an even greater appreciation for the Presidency and legacy of George W. Bush.

McKinney, Out of Control Teens, and the Daily Dangers Police Face