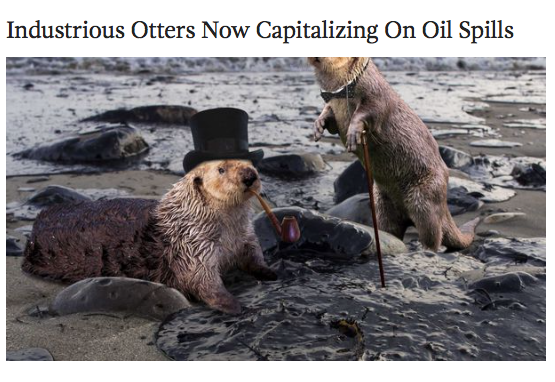 In taking on the task of reporting which Bogus Story is getting the most shares each week, it seemed wise to take a moment to share a few well-known sites that sometimes present questionable (as in not well researched) articles. A quick search of the internet offers lists of the most common offenders, including satire/fake news websites and sites that are much more left-leaning than right.   They are:

Alternet.org (Includes the following note in their mission statement: “Our aim is to stimulate, inform, and instigate” along with this quote, “AlterNet has developed a unique model of journalism to confront the failures of corporate media, as well as the vitriol and disinformation of right wing media.”)

BeforeItsNews.com (Currently has a bogus story titled, “An Underground City of Giants Discovered in The Grand Canyon” and this is supposed to be a “news” site? It may also contain the largest number of Jade Helm conspiracy stories I’ve ever seen in one location.)

Duffleblog.com (Actually one of my favorite satire sites because it’s hilarious and military-related– but definitely satirical!)

GOPTheDailyDose.com (Folks, the quote they use as their heading under their name is, “The superstar Facebook comments of hundreds who take MISINFORMATION RAGEFURNANCE gopthedailydose.com at its word.”)

NationalReport.net (Headlines currently listed: “International Olympic Committee Considers ‘Gender Neutral’ 2016 Games” and “Pope Francis to Followers: ‘Koran and Holy Bible Are the Same'” or “Family Given Free HBO After Woman Dies On Hold With Time Warner Cable.” I hope these titles are sufficient proof this isn’t a real news site. If not, just see their Disclaimer: National Report is a news and political satire web publication, which may or may not use real names, often in semi-real or mostly fictitious ways. All news articles contained within National Report are fiction, and presumably fake news. Any resemblance to the truth is purely coincidental. Advice given is NOT to be construed as professional. If you are in need of professional help, please consult a professional. National Report is not intended for children under the age of 18.

RedFlagNews.com (A news aggregation website that often shares fake/unconfirmed stories.  I cannot determine whether this is intentional or not, but you should use caution when sharing. The headlines are ‘click-bait’ type that are written in such extreme ways that they seem too crazy to be true.  Example:   “Overnight: Billionaire Gives Hundreds of Millions To a School Already Rich Enough to Buy Afghanistan.”)

TheDailySheeple.com (Current headline on the site “Brian Burkhardt: Cops Kill Someone Every 7.5 Hours in This Country.”  This cannot be legitimate because there are no actual data sources for this report and it’s equal to the meme that “every 28 hours an unarmed black person is killed by police,” which has been debunked by several credible news sources. The FBI is the only source of information on police use of deadly force and at this time it is a self-report program that has a meager 750 police departments reporting…hardly a drop in the bucket.)

TheOnion.com (Another favorite of mine but it is clearly satire. The most recent person to fall for the Onion satire stories was now former FIFA Vice President Jack Warner who used a fake Onion story to try and defend himself against an indictment from the FBI.)

These are just a few of the many sites out there who post satire, fake news, or exaggerated news stories. It’s the exaggerated news stories that do the most damage because, like the National Enquirer, they take threads of a true story and add their own spin mixed with their own made up facts. This makes it difficult for readers to separate fact from fiction. In addition, many fake news sites print real news alongside the fake news and that also muddies the water.

Bottom line, if it seems to fit your world view perfectly…check, re-check, and then verify once more before believing or sharing. If you lack the time or energy to check, at least share the link with the disclaimer “Not Verified” so your friends have some warning.