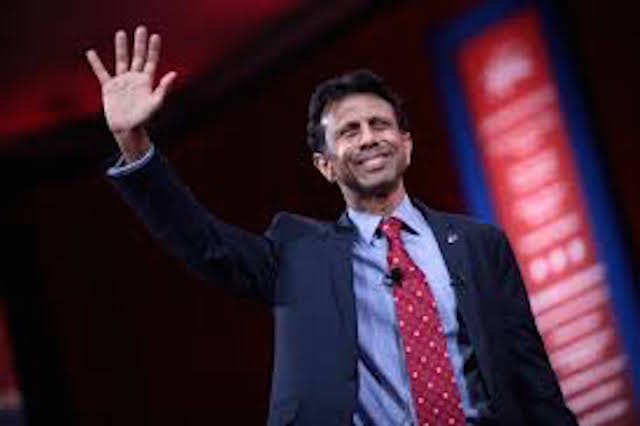 Louisiana Governor Bobby Jindal has now become the 13th candidate to announce that he will be joining the crowded field of Republican contenders vying for presidency in 2016.

The two-term governor and former Congressman presented himself in a Pontchartain convention hall in New Orleans, as a bold leader whose record of cutting the state budget and reducing the state government workforce in Louisiana is what’s needed to tackle the federal government problem of big government. “In case it’s not clear by now, I’m running for President without permission from headquarters in Washington D.C.,” Jindal said. “But rest assured — I’m tanned, rested, and ready for this fight.”

Hours before his announced speech; Jindal took to Twitter to announce his bid. “I’m running for President of the United States of America. Join me.”

Jindal speech most appealed to Christian conservatives with talks about his faith. “I know that some believe I talk too much about my faith, but I will not be silenced,” Jindal told supporters. “I will not be silenced in order to meet their expectations of political correctness. They don’t seem to accept the idea that you can be both intellectual and Christian.” Jindal plans to appeal to Christian conservatives even though his rival candidates, Senator Ted Cruz, Former Governor Mike Huckabee and Former Senator Rick Santorum have been aggressively courting their votes as well.

On the Obama administration, Jindal blamed Obama and Hillary Clinton for leading “American down a path of destruction.” Taking shots at Clinton, Jindal pointed out how Clinton doesn’t respect religious liberty.  “I’m going to say this slowly so that even Hillary Clinton can understand it: America did not create religious freedom. Religious freedom created the United States of America.”

Jindal became the first to go after his Republican contender in his presidential announcement, particular Jeb Bush for his comment on avoiding using his views that can hurt his chances as a nominee.

Jindal has a long road ahead in the quest for the Republican presidential nomination. He is far behind in the polls and might not make the top 10 to participate in the upcoming FOX and CNN debate. His aides argue his low recognition is due to Jindal not always on the trail but will change now.

Though Jindal has been in the national eye for quiet some time, it lacks behind other prominent GOP governors such as Governor Scott Walker who is set to announce in the upcoming weeks.

Rioting, Divisiveness, Anger: Will America Survive the Summer of 2015?

Supreme Court Rules in Favor of ObamaCare Subsidies: Where Do the GOP Candidates Stand?