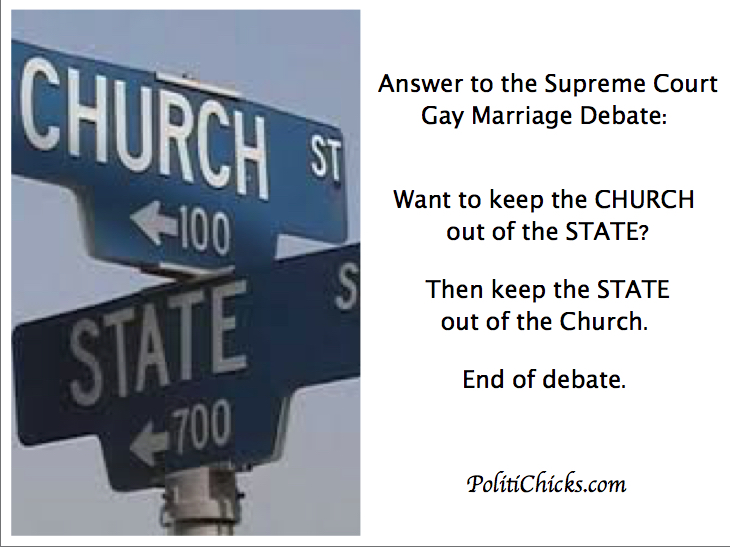 There are two questions before the Supreme Court. The first is asking the Court to determine whether the 14th Amendment requires states to issue same sex marriage licenses under its equal protection clause. The second is asking for a determination on whether a state that doesn’t allow same sex marriage must recognize the marriages of same sex married couples from other states.

Currently thirty-seven states have passed laws or amendments to their constitutions defining marriage as being limited to a union between one man and one woman. The fact is, a majority of Americans have voiced their belief that traditional marriage should be preserved as it has been defined for thousands of years.

How will the Supreme Court rule on same sex marriage? I honestly have no idea.

The Abortion Fight: From America to the World