Why are we waiting with bated breath for our rulers to do the right thing? From abolishing the confederate flag, killing our babies, the U.S. Dept. of Education gay pride flag on its website, ObamaCare, to a gay union being mandated to be called holy (marriage means Holy Matrimony), it appears that our checks and balances only exist in order for the corrupt to take turns upending the document which we still erroneously decry as the law of the land.

We cannot have corrupt and immoral representation and claim to be a nation of laws. A nod and a wink to a lying politician or judge, and you just lost our justice system. A nod and a wink from the Church, and sin is socially acceptable.

It grieves me to no end to say this, but when Obama said we are not a Christian nation, I have to ask, where is the evidence that we are? It is sparse at best. And please understand, this statement breaks my heart. My walls are covered with George Washington praying, the Declaration of Independence, and the Constitution, all beautifully framed and they have adorned my walls for years, but I am saddened when I look at those things now. I see tyranny rising and the Church being quiet, or tap dancing around the truth so as not to hurt the budget. Their call from God is to sound the alarm.

As a matter of fact, being a nation in and of itself is a lie. Besides the fact that we don’t currently acknowledge borders or customs, we were never intended to be a nation. We are a Union of States…except that obviously we are not that any longer.  Our states’ rights seem to be irrelevant, a thing of the past.  We wave the Constitution around or use the word Constitution to name our groups, but we really lost that battle with the Civil War and quit. Now the truth has been so twisted and we are so far away from the spirit of the Confederates and the rights of states that the banning of the flag is being cheered and those that hate it see themselves as righteous. The same is true with abortion and gay marriage.

If you believe the next election will fix it, you need to study the National Governors Association which is whom our Governors and Lt. Governors serve, and take a peek at how many Federal and National agencies are making policy. We even have tax on our property in the name of education. That makes it not our property. What can 18 Presidential candidates 18 months away possibly be about if not just a distraction and a huge waste of money? I’m sick of it already. 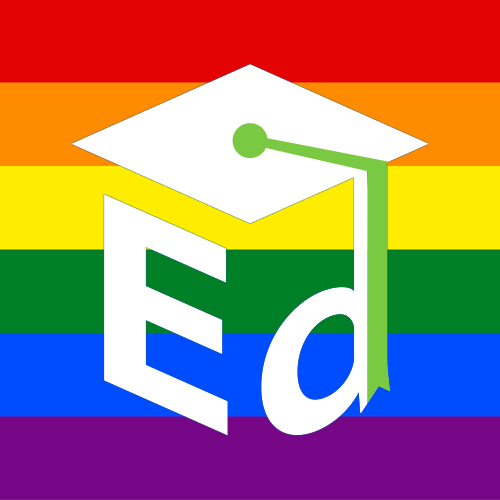 Our education system now exists primarily to split children and young adults from Biblical and moral values. They actually changed their Facebook and Twitter pages to the gay pride flag (pictured right) as soon as the decision came down. Our education system is there to train them for the jobs that Big Government and Big Business think they might need employees for in a few years. (I would love to know how many people just thought “What’s wrong with that?”)
Now there is nothing new under the sun and this has happened throughout history since Eve ate the apple. I came across several items of interest today, and one article that knocked it out of the park. 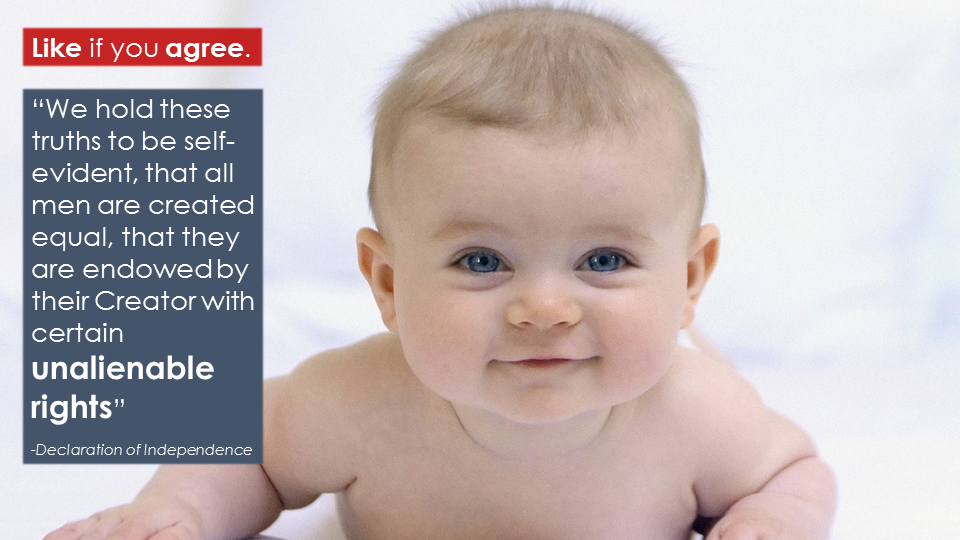 From Wikipedia (feel free to check it) In 1973, abortion was prohibited entirely in 30 states and legal in limited circumstances (such as pregnancies resulting from rape or incest) in 20 other states. In that year, the Supreme Court in Roe v. Wade invalidated all of these laws, and set guidelines for the availability of abortion.

Linda Murphy, Former Education Advisor to Governor Frank Keating, says that prior to the SCOTUS ruling, only  17 states chose to allow homosexual marriage. 33 states rejected it.

Murphy wrote, that states (or “Citizens of States”) were “over-ridden by ruling against authority of States. Centralized control replacing a Federal system with State’s rights upheld by U.S. Constitution.”

Before the Supreme Court ruled, this picture shows the states that were required to allow homosexual marriage.

“Freedom depends on the character of the rulers and ruled alike, and on the vital trust between them—both of which are far more than a matter of law.

The Constitution, which is the foundational law of the land, should be supported and sustained by the faith, character and virtue of the entire citizenry, which comprises its moral constitution, or habits of the heart.

A republic grounded only in a consensus forged of calculation and competing self-interests can never last.” 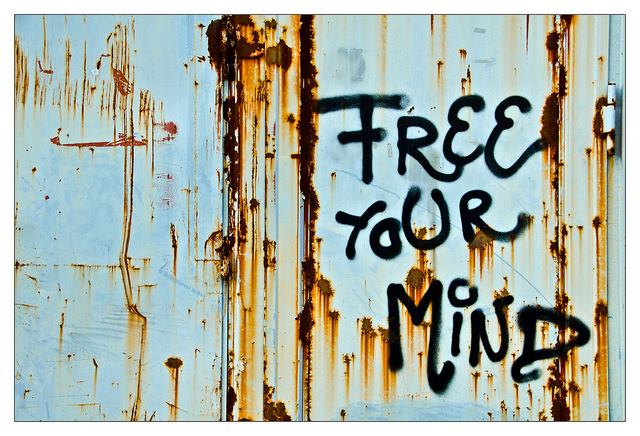 Lastly, and my favorite today is from my dear friend, scholar and recovering D.C. insider Mark Kreslins, who wrote a brilliant piece that I just must share. He affixes the “Free your Mind” picture when he writes, because we absolutely must be willing to stop drinking our daily dose of media marching orders and breaking news to step back to see the bigger picture. Take some time to read this at least once, preferably twice or more and then ponder on it awhile. He will challenge your thinking.

In all of the hoopla and even the vitriol over the two decisions last week, we’ve seemed to have missed the entire problem. Not surprising though, 6 years ago I would have missed it as well.

The problem is a problem of process. I know, not as exciting as “Taking back America” or rhetoric like that. Or, that “this is the worst set of decisions of all time!” Or that “it’s about time the government get out of running peoples lives.”

Surrounding all of the heated rhetoric is a much, much deeper issue and strikes to the fundamental question that we face today. It is likely, sadly, that we will follow other generations when they were confronted with the same questions and ignore it. I suppose it’s human nature at work.

So here it is. Does the evidence support claims by most “conservatives” that the nearly “divine” constitution is or ever was truly a restraining document? Not what you believe the Constitution is, but is there evidence to support the claim that the Constitution as written and amended has met the objectives of what the Framers of the Constitution intended in that hot Philadelphia period between May and September 1787?

In other words, did the assurances given to the States that the Constitution would be one of limits actually work and that the federal government would not gobble up the States? These my friends are the questions we need to discuss. Not whether or not Roberts was bought off. Not some nostalgic view of the founding era…but just a dry, sterile, academic non-fancy question…did or does the Constitution actually work? Do States even really matter? Should all State borders be erased and we just become a unitary “nation” governed from a central authority? I’m willing to concede that might be exactly what the majority of Americans want. If so, lets at least dispense with the facade that we’re a “federal” system of government. I think a “federal” court striking down properly ratified State Constitutions kind puts that to rest don’t you?

Look at it this way. If you buy a car and as advertised, you’ve been informed that this purchase is guaranteed to be a carefree purchase for the first year. You paid $40,000 and this baby will run like at champ for at least the first year. Let’s say you get four months into it and you start hearing a noise under the hood, but you ignore it because you were assured that this was a carefree purchase, you have a piece of paper to prove it. So you go on. Two months later, there’s now smoke coming out from under the hood and your husband or wife remarks that they’re sure there’s something wrong. But you whip out the guarantee and exclaim, there’s nothing to worry about, you’ve got this piece paper that assures you a carefree experience with this top of the line car. You press on. Soon, you lose power on the interstate, smoke billows from under the hood and you’re forced to pull over on the shoulder. You remind yourself that you’ve got this paper and it guarantees carefree driving. You turn the key…nothing. You’re dead on the side of the road, in a very dangerous predicament, yet you tell everyone who’s curious about your decision making process that you’ve got this piece of paper and it guarantees carefree driving. And you sit there and wait and wait and wait for the piece of paper to fix the problem.

It’s not a perfect analogy, but you get the point don’t you? Certain assurances were given that the proposed Constitution would not allow what clearly has happened. Yet, I see people holding onto that piece of paper called the Constitution claiming, almost as if it’s alive, that it will do something. Yet the evidence is overwhelmingly clear that it cannot. I’ve come to believe it wasn’t designed to.

This is why I suggest that the fundamental question isn’t whether the Oracles got it right or wrong last week. More importantly, did the Constitution do its job as we’ve all been told it does?