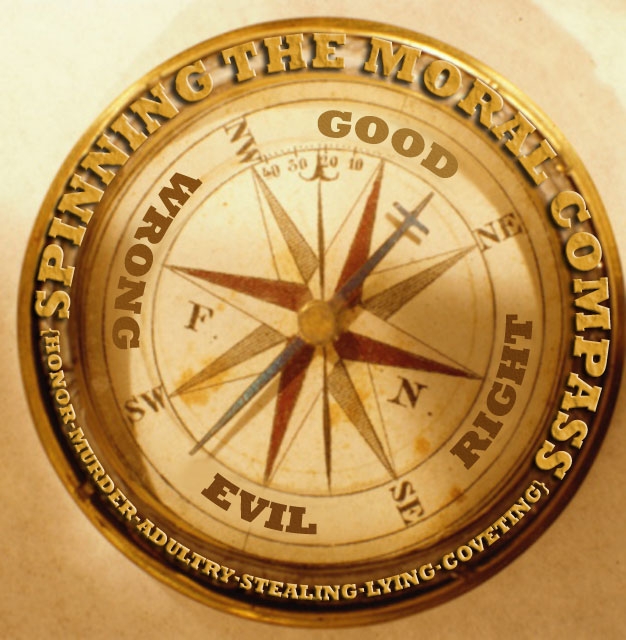 A new Gallup poll published from a May 6-10 Values and Beliefs survey has been published. Nineteen issues were tested in this year’s survey and have been contrasted with prior surveys since the 2000’s.

The trend points to increasing acceptance of gay and lesbian relations (up 29 pts.), having a baby outside of marriage (up 16 pts.) and sex between an unmarried man and woman (up 15 pts.).

The upward progression in the percentage of Americans seeing these issues as morally acceptable has varied from year to year, but the overall trend clearly points toward a higher level of acceptance of a number of behaviors. In fact, the moral acceptability ratings for 10 of the issues measured since the early 2000s are at record highs.

This report references another survey, On Social Ideology, the Left Catches Up to the Right, noting that more Americans rate themselves as “socially liberal”. Gallup correctly concludes those surveyed align with the social liberal.

Other disturbing societal issues that are gaining acceptance from 2001 are medical research using stem cells obtained from human embryos (up 35 pts.), cloning humans (up 8pts), divorce (up 12 pts.), doctor assisted suicide (6 pts) and abortion (up 3 pts.).

The crucial question is why?

Gallop called their questionnaire a Values and Beliefs Survey. The term “values” and “norms” are used over and over again by both President Obama and the left’s political pundits in speeches and talking points for a purpose.

No fundamental change can take place in humanity without a change in their value structure. Values are prioritized choices that people individually and collectively make more unconsciously than even consciously.

Values are prioritized beliefs or standards by which a person defines what is good or evil, right or wrong, desirable or undesirable. People adopt beliefs and values initially from the family unit, then their local community’s culture and institutions such as the education system, clergy, coaches, pop-culture, the arts and media. Once digested and fully integrated into their thought system, they become accepted norms.

Just as beliefs are seeded through rote repetition, so are values. Images and stories carry values and have a greater impact in inculcating peoples processes of judgment than we realize. As something become plentifully observed, we associate with it and begin to think of it as normal.

Hollywood, media and the Left are in lockstep. Once a value or beief change is instigated by the leftist elites, Hollywood reinforces through stories centered around that value shift. It is then repeated in sitcoms and lyrics. “Noble” arguments are crafted to make persuasive cases for the legitimacy of a value’s outcome by political pundits. Since most mainstream Americans are busy trying to make their lives work, they have little time to think through the societal ramifications or give further attention to media sound bites they hear on the way to work or while at home watching the news.

The radical Left has strategically inched its way into the fabric of society by filling prominent positions and constructing networks where rules, norms and manners are engineered and managed. They started with the youth who have no experience or judgment to contrast or compare what is being taught to them.

The Left gained dominance as the youth matured in adulthood, transforming the children of the once moral majority. However after inching their way into the prominent, visible, vocal positions: media, education and the arts they have become the most influential, gradually shifting from our Judeo-Christian value system into a godless or irreligious secular.

The radical left understands the inner processes of thoughts, attitude formation, norms and conformity. They have mastered it.

Hence the culture is shifting away from the Constitutional framework as well as the Judeo-Christian values (philosophy) to such an extent that a Christian owned business such as Hobby Lobby had to take their case to the Supreme Court to protect their conscience. Hobby Lobby was forced to argue for exemption from the Obamacare mandate requiring them to pay for pills that induced abortion. It should have been a given that a company can maintain their owners conscience.

The Gallup poll should be a wakeup call to pew sitting Christians, those committed to the Jewish faith and constitutionally minded patriots. As the nation shifts its values, tolerance for immorality and disrespect for life will escalate and will even place more of the radical left in influential and dominate roles in our society.

President Obama has displayed contempt for the Christian conscience in many areas, but in particular through the health care mandates. The radical left’s operatives take cues from the administration and party leaders, using non-profit leftist organization to intimidate and threaten businesses and the market place when they do not fall in line. The public learns through observation and fall in line with pressure get along.

Resistance by the political right, their base and the Christian community must begin to speak out as one. Speaking out and demanding to be heard through peaceful protests and social media can have an impact.

Christians need to understand the seriousness of the radical left’s attempt to override our conscience. The conscience of a Christian must remain in the domain of God. It is the voice that tells us of God’s approval or disapproval, right vs. wrong, good vs. evil, whether in thought, word or deed. The conscience is not to be quenched, or it can be seared. Salvation is dependent on the presence and leading of the Holy Spirit, which is only ascertained by way of a cleared conscience.

It seems the Christian community and the political rights are oblivious to meaning and the ramifications of the moral decline in our culture. It is as though they are in a daze –a sort of culture rot coma. We as a society are doomed unless we learn from the moral and ethical decline of past civilizations.

May we take seriously the admonishment for Timothy and apply it to ourselves.

“. . . holding on to faith and a good conscience, which some have rejected and so have suffered shipwreck with regard to the faith.”