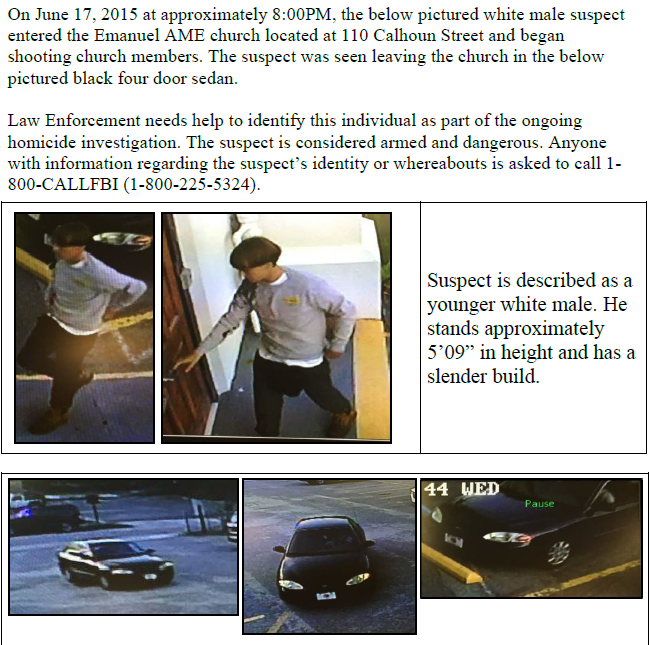 The suspect was still at large early Thursday morning. And the shooting at the Emanuel African Methodist Episcopal Church, the oldest AME church in the South, is being investigated as a hate crime.

“The only reason someone would walk into a church and shoot people that were praying is hate,” said Charleston Mayor Joe Riley.

Eight churchgoers died at the scene; a ninth at a hospital, police said. Among them is the church’s pastor, the Rev. Clementa Pinckney, according to CNN affiliate WCSC.

Officials wouldn’t say how many people were at the Bible study during the shooting. There were survivors, said Charleston Police Chief Greg Mullen, but he didn’t elaborate.

PolitiChicks will post updates when we receive more information.

Daniel Greenfield: Democrats Have the Worst Presidential Candidates in America