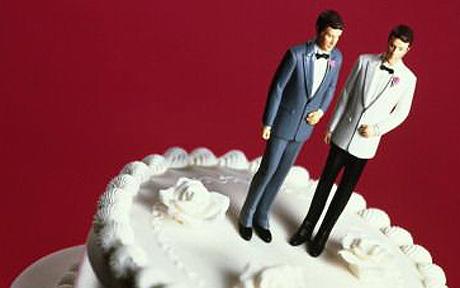 The Supreme Court ruled 5-4 on Friday in favor of same-sex marriage throughout the United States.

Kennedy’s opinion declares that all states must recognize same-sex marriages under the 14th Amendment’s equal protection clause. He swats down the argument promoted by those against same-sex marriage, who asserted that granting same-sex marriage would devalue or harm the institution of traditional marriage.

“Far from seeking to devalue marriage, the petitioners seek it for themselves because of their respect — and need — for its privileges and responsibilities,” he writes.

“And their immutable nature dictates that same-sex marriage is their only real path to this profound commitment.”

Ironically,Chief Justice John Roberts wrote the longest opinion, 29 pages, stating gay marriage has “nothing to do” with the Constitution, which is basically the opposite of what he said Thursday regarding his ruling on Obamacare.  Roberts wrote,

“If you are among the many Americans — of whatever sexual orientation — who favor expanding same-sex marriage, by all means celebrate today’s decision…Celebrate the achievement of a desired goal. Celebrate the opportunity for a new expression of commitment to a partner. Celebrate the availability of new benefits. But do not celebrate the Constitution. It had nothing to do with it.”

“Today’s decree says that my Ruler, and the Ruler of 320 million Americans coast-to-coast, is a majority of the nine lawyers on the Supreme Court,” he writes.

“This practice of constitutional revision by an unelected committee of nine, always accompanied (as it is today) by extravagant praise of liberty, robs the People of the most important liberty they asserted in the Declaration of Independence and won in the Revolution of 1776: the freedom to govern themselves.”

Supreme Court Rules in Favor of ObamaCare Subsidies: Where Do the GOP Candidates Stand?