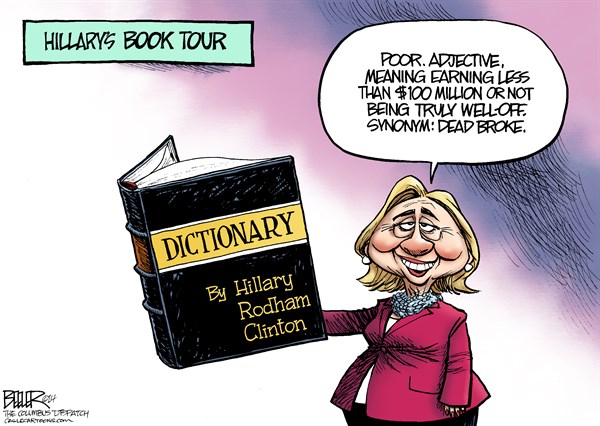 Last month New York Times reporter Amy Chozik released a list of words that Hillary Clinton supporters have been told never to use.  Those words are: polarizing, calculating, disingenuous, insincere, ambitious, inevitable, entitled, over-confident, secretive, “will do anything to win,” “represents the past,” and “out of touch.”

Of course they are all adjectives that perfectly describe the object of their affection.

I’ve been saying for almost a year that I do not believe for one instant that Hillary Clinton will be the 2016 Democrat nominee.  For one thing, why in the world would anyone at the New York Times release anything disparaging about a Democrat who they wanted to win an important election?  That’s simply not the MOA at the NYT.  Why would they “leak” so much info about Hillary (including the e-mail scandal) if they didn’t have ulterior motives?  Saturday Night Live is another indicator.  While they make fun of all politicians they reserve their ultra-mean, biting edge for the GOP.  They even Pelosi and Debbi Wasserman-Schultz free rides (and wow is there a lot of material there) but not so this season with Kate McKinnon’s biting, dead-on portrayal of Hillary:
Also, Mark my words, just like Barack Obama in 2008, “someone” is waiting in the wings as we speak, being groomed and coached and waiting to hit the media pavement.  Hillary and her supporters believe with all their little hearts that  she’ll be the nominee, just as they did in ’08–but it’s not going to happen and here are the reasons why.

As a former Democrat, I can tell you unequivocally that one of the main rules of being on the “other side” is you are never allowed to show your elitism in any way.  For example, despite having a net worth of over $100 million Nancy Pelosi is strangely able to connect with “the people” as if she’s one of them.  Of course she is not, but she is somehow able to convey a faux-folksiness that Democrats believe is real. 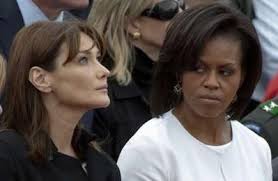 And although Michelle Obama is a Princeton graduate, a world traveler, and has a personal net worth of over $11 million, she, too, is able to portray an ‘us vs. them’ style to other Democrats.  She also hides her snobbery brilliantly (unless of course she’s sitting next to someone she doesn’t like).  At her now infamous Tuskegee commencement speech, the woman whose “road ahead” has been paved in million dollar bills and whose life has been blessed beyond all reason said, “Because here’s the thing — the road ahead is not going to be easy. It never is, especially for folks like you and me.”  (That’s right, college grads, even if you’re able to achieve the highest level a wife in America can reach and live in the White House as a multi-millionaire, your life is still going to be rough….)

However the one Democrat who has been blatantly showing her elitist cards for many years is Hillary Clinton but it’s certainly not for lack of trying to appear “normal.”  While on the 2007 presidential campaign trail, Hillary channeled her inner Southern belle and suddenly developed the strangest Southern accent in the history of accents:

This is from 2007,  highlighting the ways hubby Bill seemed more interested in talking to The People than his wife (and note the odd “kiss” at the end…)

This is one of my personal favorites from 2009 when then-U.S. Secretary of State Clinton snapped on a Congolese student over a question mistranslated about her husband’s views on foreign policy:
And in 2008 as much as Chris Matthews loved Barack Obama he seemed to feel the opposite toward Hillary, calling her ‘Evita’ and pointing out all her elitist qualities.  “You think you’re better and bigger than these people,’ Matthews ranted:

This is a new video in which ol’ Hill (once again) snapped at a journalist:

Of course no Hillary video montage would be complete without her response to Benghazi:

So for all you Democrats out there who think Hillary cares one lick for all-a-y’all, think again.  Unless of course you have these three things:
1.  Donate tons o’ cash to
2.  Don’t ever ask her any questions about anything, ever, and
3.  Adhere to the following diva-like (and super expensive) list of demands:

In Defense of Liberty: Speech As Defiance