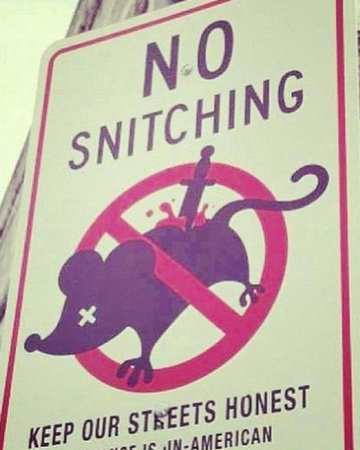 Most have heard the phrase, “snitches get stitches”, and unfortunately the idea of being harmed by a suspect when being an informant can damage a high profile case. Leave it to Congressman Gowdy to make another excellent point. While questioning Ms. Ramierz, during a judiciary committee hearing on 21st Century policing, Gowdy points out the biggest impediment when investigating homicides involving people of color, is the unfortunate fact that a case is diminished by the lack of cooperation from witnesses. Ms. Ramierz strongly agreed with the Congressman’s assertion and continued by stating, “For every prosecutor, this is a serious problem, and you are correct for pointing that out”.

With so many high profile cases involving people of color, and so many marching for justice, could some of the cases be best fought if more individuals came forward? In case you assumed I was only referring to black crimes, I have taken this a bit further. What about those crimes with few cooperating because of the fear of deportation? Certainly if I was in the country illegally, and I witnessed a murder, I would not Google map the nearest police station for testimonial purposes.

I look forward to the new strategies being discussed to enforce equality, also known as, “Operation All Lives Matter”. Witnesses are crucial to prosecutors investigating violent crimes, and if we want justice, we have to help them, help us.