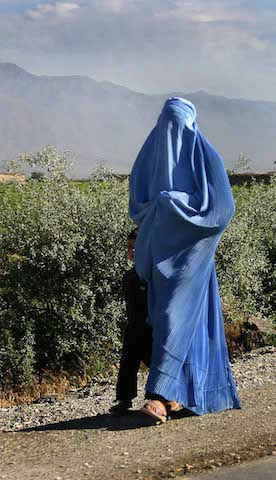 In what was once known as Christendom, the European and Western hemisphere countries have developed into a more enlightened democratic form of government, while the Muslims have remained in the mindset of the seventh-century totalitarian Islamic rule. Yet in this archaic seventh-century culture, a new form of jihad has developed. While the Western societies initiated what some have referred to as the “holocaust of the womb” (abortion), Muslims have instituted a new phenomenon known as the “Jihad of the Womb.”

The median age in Western societies is rapidly aging, while millions and millions of their infants have been aborted—wiping out an entire generation or two—with the unforeseen consequences being that these the aging Western societies are not replacing their numbers as needed.

Enter the Muslims. Islam has infiltrated the West with a new non-violent means of usurping power in these democratic countries.

The dying, older generation of Westerners is being replaced—not by their children—but by Muslim’s children. There is a saying in the Middle East: “The Westerners have the watches, but we (Muslims) have the time!” In all reality, it is just a matter of time before Islam will have enough people to outnumber not only the Christians and Jews, but the secularists as well. How will that be seen at the voting booths? As the Muslim population increases in the face of the decreasing Westerner populations, they will take over the political parties and governments of the Western nations which have provided them with sanctuary. When that day comes, Muslims will be able to vote in their Sharia Law and establish Islamic governments which will then become part of a new Caliphate—and they can do this without firing a shot simply by observing the “Jihad of the Womb!”

In the Judeo-Christian West, marriage consists of one man and one woman, but in Islam a man may have up to four wives. Nevertheless, in the West—Muslim or not—a man is only allowed one wife. Some might wonder how this is possible that the Jihad of the womb can be a threat to our Western civilization so quickly —especially in countries which only allow one couple to be married.

The answer is simple. The Muslim man has one legal wife under the Western legal system while at the same time retaining three more wives under Sharia Law. Sharia supersedes any form of Western law in the eyes of the Muslims.

Therefore, the Muslim man may have an additional three wives and perhaps more women in the form of concubines with an average of eight to ten children per woman. Multiply that times four, and it equals 32-40 children (not to mention future voters) per Muslim man, thanks to the “Jihad of the Womb!”

You might argue that this is dishonest or deceptive, but in fact it is simply taqiyya, which we have discussed in previous columns, as an Islamic approved method of deceiving the infidels for the positive furtherance leading to the establishment of Islam.

Because the Muslim women appear to be single mothers, they can qualify for state assistance which helps underwrite the Muslim man’s many wives and children. It is only a matter of time as the late Libyan dictator, Muammar Gaddafi, once inferred that Islam shall conquer Europe this time—not by the sword—but by the “Jihad of the womb!”

Caution, we must not allow ourselves to be duped into thinking this new inventive form of jihad will phase out the more violent form of koranic jihad. It has not and never will.

Dan Joseph (VIDEO): "Back in the White House"