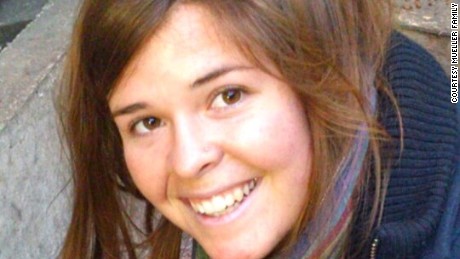 The death of ISIS leader Abu Sayyaf has left U.S. officials investigating the possibility that he once held American aid worker Kayla Mueller hostage. Sayyaf had many alias but his real name is believed to be Fathi ben Awn ben Jildi Murad al-Tunisi. According to U.S. Intel, Sayyaf is the Islamic State’s head of oil operations.

His wife, Umm Sayyaf, is currently being interrogated by U.S. officials. They are hoping to obtain information on ISIL operations and any potential American hostages.

Mueller was taken hostage in August 2013 after she and her boyfriend left a Doctors Without Borders hospital. In February, ISIS claimed Mueller was killed in the Jordanian air attack. U.S. officials remain skeptical about that certainty.

“The point of the scholarship was to inspire our students to lead lives of service and to follow her example of bravery in the face of unknown and that inner peace she seemed to have,” Assistant Vice President for University Advancement Anne Morgan said.