Since 1948, whenever “McCarthyism” is mentioned Hollywood liberals bristle.  As a result of the trials of Sen. Joseph McCarthy, many actors, screenwriters and others were blacklisted in Hollywood, unable to work in the film industry (although some screenwriters were able to work under pseudonyms).  In the 1950’s, playwright Arthur Miller used the Salem witch trials as a metaphor for the McCarthy trials in his play “The Crucible”.

Rarely has Hollywood rallied against a cause more so than the blacklisting that resulted from the McCarthy trials.  Because of this, everyone should be baffled as to why liberals aren’t rallying against the newest “McCarthyism” in Hollywood—firing artists because of their conservative political standing.

Could it be that perhaps Hollywood only cares about blacklisting and injustice when it suits their political needs? (Feigning shock…)  Many in today’s Hollywood would rather you were an atheistic, drug-addled communist as opposed to a Christian Republican. 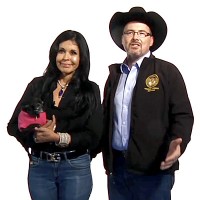 Last year actress Maria Conchita Alonso received major backlash when she publicly supported Tim Donnelly in the California governor’s race.  Things got so bad that she had to leave the stage production she was involved in because of death threats.  From UsMagazine.com:

After facing threats of boycotts and protests for backing California Gubernatorial candidate Tim Donnelly in a bilingual Internet campaign video released last week, Venezuelan-raised Alonso, 56, decided it was best if she stepped down from the production. “They were saying they were going to burn down the theater, they were going to boycott the show,” she told Fox News Monday, Jan. 20.

Alonso has been barraged by Internet commenters, along with the political left and right, for her appearance in the clip. (In the video, the Latina actress holds her Chihuahua, Tequila, and sort-of translates Donnelly’s comments into Spanish. “Politicians and big government are killing our prosperity,” says the candidate, which Alonso then translates into, “We’re screwed.”)

In the 2004 book “Rated R:  Republicans in Hollywood” Patricia Heaton learned that Democrats are allowed to say whatever they want at Hollywood table readings–Republicans, not so much:  “When the Everybody Loves Raymond star said she was voting for Bush, the conversation turned to awkward silence.  As she put it, ‘You’d think I’d crapped in the middle of the table,’ and consequently she was no longer a part of the upcoming production.”

Dwight Schultz, from Ben Shapiro’s book Primetime Propaganda: The True Hollywood Story of How the Left Took Over Your TV:  “The late Bruce Paltrow knew that Schultz was a fan of President Ronald Reagan. When Schultz showed up to audition for St. Elsewhere, a show Paltrow produced, to read for the part of Fiscus, Paltrow told him: “There’s not going to be a Reagan a**hole on this show!” The part went to Howie Mandel.”

After tweeting her endorsement for Gov. Mitt Romney in 2012, Stacy Dash, the actress known for her role in TV’s ‘Clueless’ (and now a Fox News contributor) experienced an avalanche of hatred.  According to CBS Los Angeles,

Dash immediately began experiencing racially-based hate tweets, attacking the African-American actress for supporting a Republican candidate – the implication being that her race should decide her vote. One person tweeted, ‘Kill yourself,’ and re-tweeted Dash’s photo.

The list goes on and on.  Blacklisting in Hollywood isn’t always blatant; many conservatives are simply “not hired,” given vague excuses as to why or why not.  It is subtle, but very obvious to those affected.  Yes, there is a handful of “outed” Republican artists working in Hollywood today, but there are too many others hiding in the shadows, afraid of voicing who they really are for fear of retribution.

So the next time you hear a liberal Hollywood-type proclaiming the evil deeds of Sen. McCarthy, you probably won’t have to look very far to learn that they, too, are responsible for the very real Hollywood blacklisting of today.

(To learn why the McCarthy trials existed, read some general information at this link: USHistory.org.)

Is George Stephanopoulos “Too Big to Fail”?

How Far Will the Cigarette Police Go?