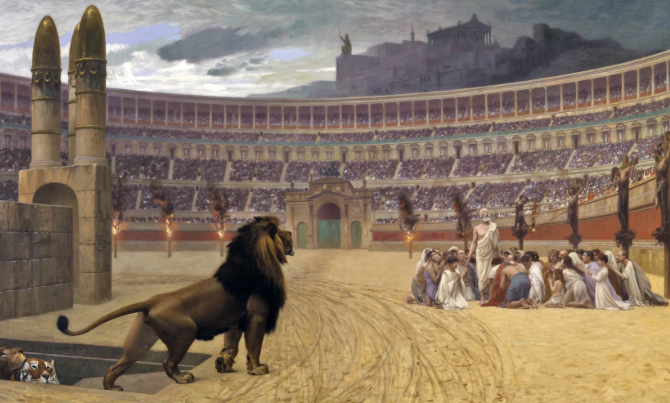 American Christians are experiencing an escalation of persecution for invoking their liberty to follow their conscience of faith. Protection was guaranteed by the founders under Article VI of the Constitution and unfiltered in the First Amendment of the Bill of the Rights:

Amendment I – Congress shall make no law respecting an establishment of religion, or prohibiting the free exercise thereof; or abridging the freedom of speech. . .

The clause is considered absolute, yet it is interpreted with limitations. The Supreme Court has held that religious freedom must be considered in the context of the general society’s well-being allowing reasonable restrictions to be adopted to protect the health, safety and convenience of the entire community. For example, courts would not hold that the First Amendment protects human sacrifice even if some religion required it. The Supreme Court has interpreted this clause so that the “freedom to believe is absolute, but the ability to act on those beliefs is not.”

Herein is the problem for the Christian faith. The principle of following our faith requires acting on our faith, not just believing. The acting is the final expressions of the faith.

Being commanded to act on our faith includes living out of the teachings and principles taught in the Bible, correctly interpreted, with the understanding that we have.

Ward Connerly in a 1996 lecture for Heritage Foundation stated,

“When we become citizens of this nation, at birth or otherwise, we get a warranty. That warranty is supposed to honored by every government franchise in every village and hamlet of this nation. It is not transferable, and it is good for the life of the vehicle.

We are guaranteed the right to vote; the right to due process; the right to be free, not to be enslaved, as long as we conduct ourselves in accordance with the laws of our nation; and the right to equal treatment under the law, regardless of our race, color, sex, religion, or national origin. These are rights which attach to us as individuals, not as members of a group.”

These rights are our liberty.

Liberty, by one definition in the political context says that it, “consists of the social and political freedoms guaranteed to all citizens.”

The government is responsible for the protection of these rights. Yet we have a list of Christians charged for exercising their right of freedom of religion. They have been bullied, maligned and some have lost their businesses.

Another definition of liberty is freedom from arbitrary or despotic government or control.

The most recent attack is against the Christian business, Sweet Cakes, owned by Aaron and Melissa Klein who refused to bake a cake for same sex marriage. They were found guilty by an Oregon judge and fined $135,000 and as a result they could lose everything they own, including their home.

Their decision was not one intended to discriminate, nor to deny anyone’s civil rights. The business gladly served people. To not bake a same sex wedding cake was an issue of religious faith not discrimination of a couple’s lifestyle choice. The gay couple has a plentiful supply of other vendors to choose from, so this is not a societal civil rights issue. The Oregon judge obviously saw the case differently.

GoFundMe, a crowd funding website, had an account for the Sweet Cake bakery setup by a third party to help the Klein’s pay off the fine. The GoFundMe site abruptly dropped the Klein’s account stating they violated their terms of service because they were convicted of discrimination.

Tammy Bruce, a Fox News contributor and political commentator said on Fox and Friends that the Klein’s “happily served people. The difference is that you are being asked to participate in an act that violates your faith. What this suggests is being true to your faith is being hateful.” She added, “Defending your conscience, acting on faith doesn’t not hurt the gay community.”

The Klein family was denied their liberty of freely exercising their freedom of religion—a right clearly defined in the Bill of Rights and the United States Constitution. And they were not the first to be persecuted for their faith.

To help the Klein’s pay the fine for standing on their right to Religious freedom, donate at Samaritan’s Purse.

Baltimore & Beyond: Do You Know Where Your Children Are?