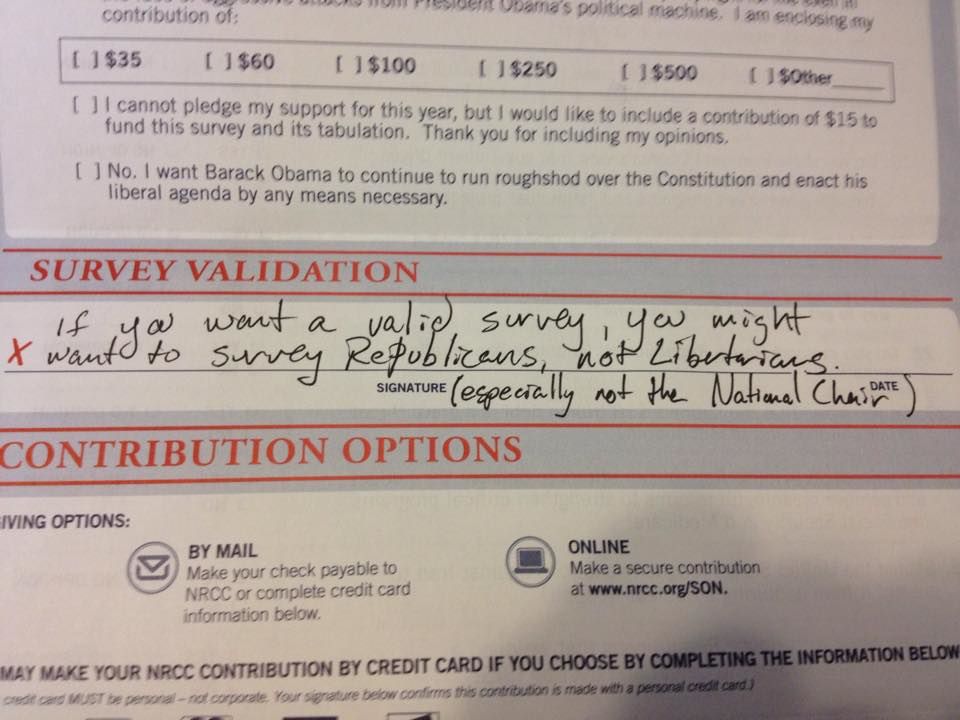 What do Libertarians do when they receive a Republican fundraising letter masked as a survey? In the case of Nicholas Sarwark, the National Chair of the Libertarian Party, the answer is share the survey answers on Facebook.

Sarwark posted photos of his responses to the State of the Nation survey sent by the the National Republican Congressional Committee.

Underneath a question that asks respondents to rank issues in the order of importance for Speaker Boehner to focus on in 2015, Sarwark marked an X next to “Other” and wrote, “Get out of the Libertarian Party’s way.”

In lieu of a signature under the survey validation line, Sarwark penned, “If you want a valid survey, you might want to survey Republicans, not Libertarians.” He added in parentheses, “especially not the National Chair.”

Sarwark provided this statement to Politichicks:

“Our old party opponents would rather waste their donors’ money on fear mongering ‘surveys’ that are so badly targeted that they go to the Chairman of a competing political party. If that’s how wasteful they are with their donors’ money, just imagine how badly they manage your tax dollars.” 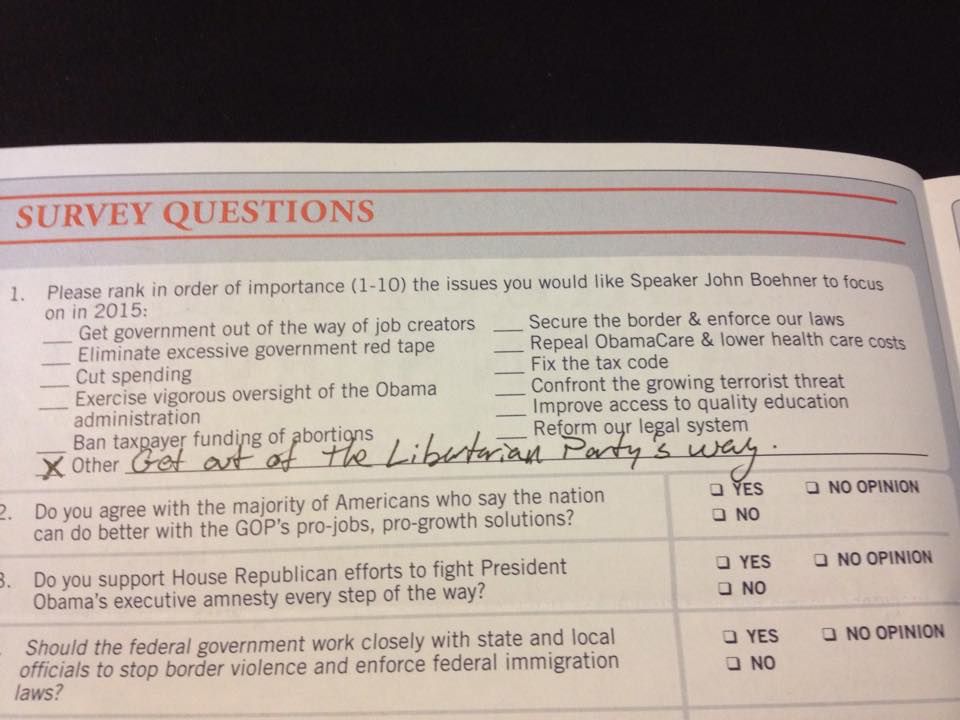 “The Libertarian Party is working to recruit over 1,000 candidates in the 2016 election who are dedicated to supporting all of your freedoms, all of the time. All of our efforts and funds are dedicated to providing the American people with a real option to the old parties,” Sarwark said.