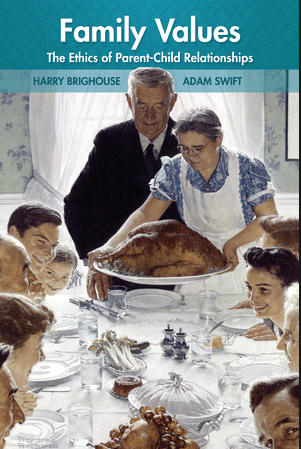 Abolishing the family is one way to achieve the left’s sought after “social justice” utopia, or so says philosopher Adam Swift.

Adam Swift and Harry Brighouse are two philosophers who have been pondering the idea of social justice, inequalities between genders, races, individuals and families. Swift, in particular, is trying to get to the root causes. And once he gets to the root cause, perhaps the lofty philosophers can fix it.

According to this article:

Swift in particular has been conflicted for some time over the curious situation that arises when a parent wants to do the best for her child but in the process makes the playing field for others even more lopsided.

‘I had done some work on social mobility and the evidence is overwhelmingly that the reason why children born to different families have very different chances in life is because of what happens in those families.’

The article goes on to say:

Functional family interactions—from going to the cricket to reading bedtime stories—form a largely unseen but palpable fault line between families. The consequence is a gap in social mobility and equality that can last for generations.

According to Swift, from a purely instrumental position the answer is straightforward.

‘One way philosophers might think about solving the social justice problem would be by simply abolishing the family. If the family is this source of unfairness in society then it looks plausible to think that if we abolished the family there would be a more level playing field.’

Oh. Well that makes sense now, doesn’t it? If all children were raised by the state, as Plato put forth over 2,000 years ago, then everything would be equal. What a relief to know that we can finally have some justice for kids whose parents don’t read to them at night. Not every family is a “good” family, so let’s get rid of families altogether! We’ll just build on the 60’s notion that nuclear families are bad, rip them apart, and see how society looks then. We’ve already seen the damage this idea has caused in America. Baltimore, anyone?

Perhaps this is just a drastic suggestion, nothing more. Many people will think it’s beyond crazy, therefore it will never happen.

Let me ask you a question. Have you watched the news lately? Read the stories online from reputable sources? Have you read any of my articles? Yes, they are peppered with sarcasm and my opinion, but the fact remains that they are all true. The things I present are true. Sometimes I will take them to the most outlandish conclusion but that is just to prove a point as to how ridiculous some of this stuff is. And you have every right to disagree with my thoughts on the matter, but the matter is, indeed, true. It exists.

This is a very dangerous thought put forward by a philosopher. And we all know that governments love nothing more than to be supported by “smart” guys who paid thousands upon thousands to get degrees in philosophy so they can philosophize on something that is obviously common sense. As in, yes, different families produce different outcomes.

And what government wouldn’t love the idea of being completely in control of every single human being born in its borders? Government loves power.

Where these philosophers cross the line is when they suggest that abolishing families is a reasonable solution to the problem of unequal outcomes.

That first, presupposes, that unequal outcomes is a horrible problem. It doesn’t matter what you do, how drastically you change the world and human beings…things will always be unequal. It’s the human condition, after all.

I’ll present two scary scenarios that represent the danger in trying to “level the playing field” between families.

The first one is that the state does take over the family unit and we all end up in a real life dystopian novel like The Giver or Agenda 21. The State is everything and humans are relegated to nothing more than suppliers of energy and slaves to The State. Everyone is equal and equally poor and abused by The State.

The second is that the government decides to level the playing field but still keep families intact. How to do that? Someone brought up a frightening concept, which, really, makes sense when you are talking about abolishing the family in general, every scary concept must be examined.

We all know the line these days, “White people are privileged.” What would happen if the government wanted to make white babies more “equal” to minority babies? Would they force the mother to take injections or something to make the baby more “equal” in utero?

And, of course, this is also presupposing that minorities are several notches below where white folks are and that white folks need to be brought down to the level of the minority. Racism? Oh, yes. But they can’t see that. Or maybe they’d make minority mothers take measures that would “boost” their babies to the levels of white or even Asian babies?

These are crazy ideas and I hope I don’t live to see the day that something like this would happen.

For now, this brilliant philosopher, Swift, recommends this: “I don’t think parents reading their children bedtime stories should constantly have in their minds the way that they are unfairly disadvantaging other people’s children, but I think they should have that thought occasionally.”

The ones who can’t provide that? It’s too bad. But it’s not my job to undermine my parenting to make up for others’ lack thereof. Yes, I feel for these people, because of my Christian world view. Not because of a false social justice narrative.

Some children, no matter their circumstances, rise up and become great. Look at history for great examples. Would Booker T. Washington, who was born into slavery, have been able to accomplish all that he did if he had a different story and a different beginning to life?

I hate to imagine what the world would look like without that diversity. Ironically, the left loves to promote diversity, while doing everything they can to erase the differences that make us all unique. The genderless, colorless, humanity-less society, coming to a world near you.