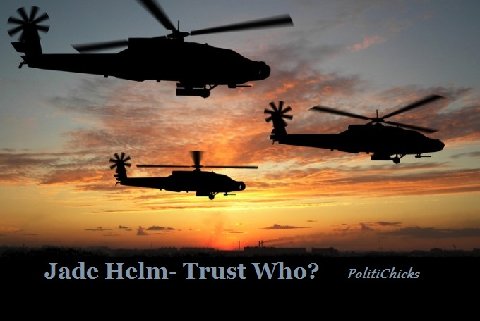 There has been a lot of internet chatter about Operation Jade Helm, a multi-State military operation which will be going on later this summer from July 15th through September 15th. According to reports, parts of California, Nevada, Utah, New Mexico, Arizona, Colorado and Texas will all see some training going on.

As in any situation, especially in our times, one adage is always worth repeating, “Trust but verify.”

Over the last month or so I’ve been seeing more and more distrust of our military. It’s not only America the Obama administration has been transforming. We have to remember however that even if in a group there are some who don’t value our nation as much as others, for the most part, especially in our Special Forces, those who serve have the utmost respect and honor for our constitution and the oaths they swear.

Anyone with common sense would question the intents and purposes of our government, no matter who is in charge. The fact that Obama’s administrations have used government agencies to spy on, intimidate and harass American citizens is enough to make anyone have a hard time trusting.

The more I hear or read about the reactions to Jade Helm, I have various thoughts and questions as well.

Whether it’s the fact that this is larger scale involving multiple states or because of mistrust of our current government, the information about Jade Helm was leaked out. Ever since it’s been widely theorized by everyone from Alex Jones to Veteran and Patriot sites.

Jade Helm 15 is an exercise which involves US Army Special Forces (Green Berets) and 82nd Airborne division, US Navy SEALS, US Marine Corps Special Ops and RECON units and US Air Force Special Ops.   While the size and scope of this exercise seems to be larger than past exercises, the fact remains that Special Forces have done operation exercises in the past on public and private lands outside of Military Bases all over the country for years. Mostly these exercises are known only to local authorities and residents in the various states where they take place.

Our Special Forces are known as Silent Professionals. They are the most elite among our military. Whether you agree or not with what our government does or doesn’t do concerning other nations, war, conflict or defense, our Special Forces do the most dangerous jobs around the world which keeps many people safe here and in the countries they work in.

They have various duties depending on the country; airborne operations, counter-insurgency, counter-terrorism, hostage rescue and intelligence operations among others. They specialize in reconnaissance and surveillance in hostile countries, training and development of other states’ military and security forces and offensive action.

They need to train and hone their skills and the more realistic the training they can get, the better equipped they are when they’re deployed to dangerous places.

Why do they need to train off base?

All bases around the country are used for training, but oftentimes Special Forces go off base depending on the nature of the exercise and/or the terrain of the countries they may deploy to. Most people think of Iraq, Afghanistan and deserts, and wonder why training is necessary in places like central Texas. Again, our Special Forces operate all around the world. The South, Midwest and Western States have various geographical and terrain environments which are similar to many other countries. It would be highly advantageous to train in the US for every conceivable condition instead of training in a smaller area which may or may not resemble what they will experience once they’re deployed.

Why did the map show Utah and Texas colored red and labeled “hostile.”?

When our Special Forces go into any given country, they encounter people who are either hostile, neutral, friendly or a mix of leaning hostile or friendly. A map with these labels seems logical in light of the realities they face during real situations. While this could be seen as offensive to patriots in those states marked off as hostile, Texas especially has always been a military supporting state. What better state to represent the enemy since most Texans would understand their need to train and lend their support?

When it comes to our military, we’re not often able to verify their plans, so that’s where the trust comes in. I do trust our Special Forces because they have sworn their oaths to the Constitution and I know they won’t act against fellow Americans. These guys have red white and blue running in their veins, and love of country, honor and duty is bred into them.

Now while conspiracy theories abound, let me throw in a couple of my own. Keep in mind; these are only theories, but nothing wilder than some of the others which have been flying through cyber space.

What we have is an operation involving about 1200 elite military members, operating out in the open, in public places when usually they train under the radar. The Obama administration has been great at agitating, dividing and confusing, so, what if Jade Helm was leaked to further divide our country?  And what better way to do it than by putting fear of our military into patriotic Americans who have always been pro military?

Over the past few years we have been seeing more divisions in our country concerning civilians and police. While that’s a whole new subject for another day, the reality is that there is not a dramatic increase in police-on-civilian shootings. It seems that way only because the progressive media are perpetuating the narrative of people like Al Sharpton, Obama and other progressive community organizers.

It all started when as a sitting president, Obama claimed the Police “acted stupidly” in 2009. Attorney General Eric Holder involved himself, along with Al Sharpton, in the Treyvon Martin shooting in Florida, and also the Mike Brown shooting in Ferguson Missouri and now new AG Loretta Lynch with the Freddie Gray case in Baltimore. There is more mistrust of our police than ever. They talk out of one side of their mouths blaming departments as abusing their authority, while at the same time talking about a national police force and selling departments’ military equipment. They are agitating people and drumming up situations which are causing people to distrust those whose jobs are to serve and protect.

Could this be an extension of the same agitation, the same community organizing which Obama was so good at before he became Commander in Chief of our military? The Obama administration is great at leaking things. Leaking out information about this kind of training at a time when many Americans are understandably frustrated at being labeled as bitter clingers on their high horses, bigots, and even ‘terrorists’, could create a crisis which the administration wouldn’t be able to waste.

Using our military’s common practice of off base training exercises and provoking theories which question our troop’s loyalty, may be a plan to find out who in our Special Forces are loyal to Obama or the Constitution. It may be a plan to find out how many Americans can be conditioned to distrust our military. The theories and questions are numerous but the fact is that no one other than those who planned the exercise knows for sure what the purpose is especially if it’s anything more than training exercises.

Texas Governor Greg Abbott and others are doing the right thing in verifying what they can with the Military to try and look out for their citizens.

When it comes to trust and verify, whatever Jade Helm’s intent, I do trust our Special Forces–even if I don’t trust the Obama administration.

Kindness, Civility and Consideration: Not Just for Southerners